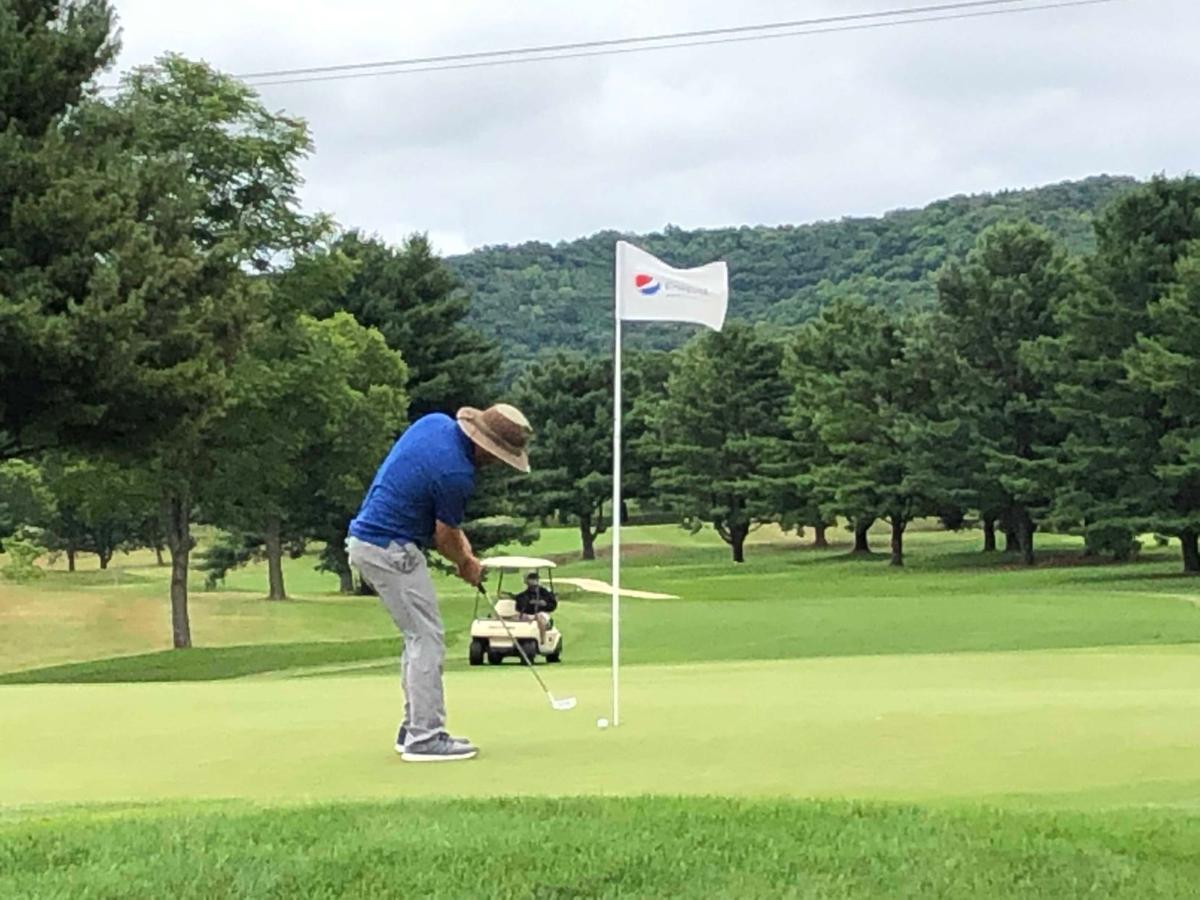 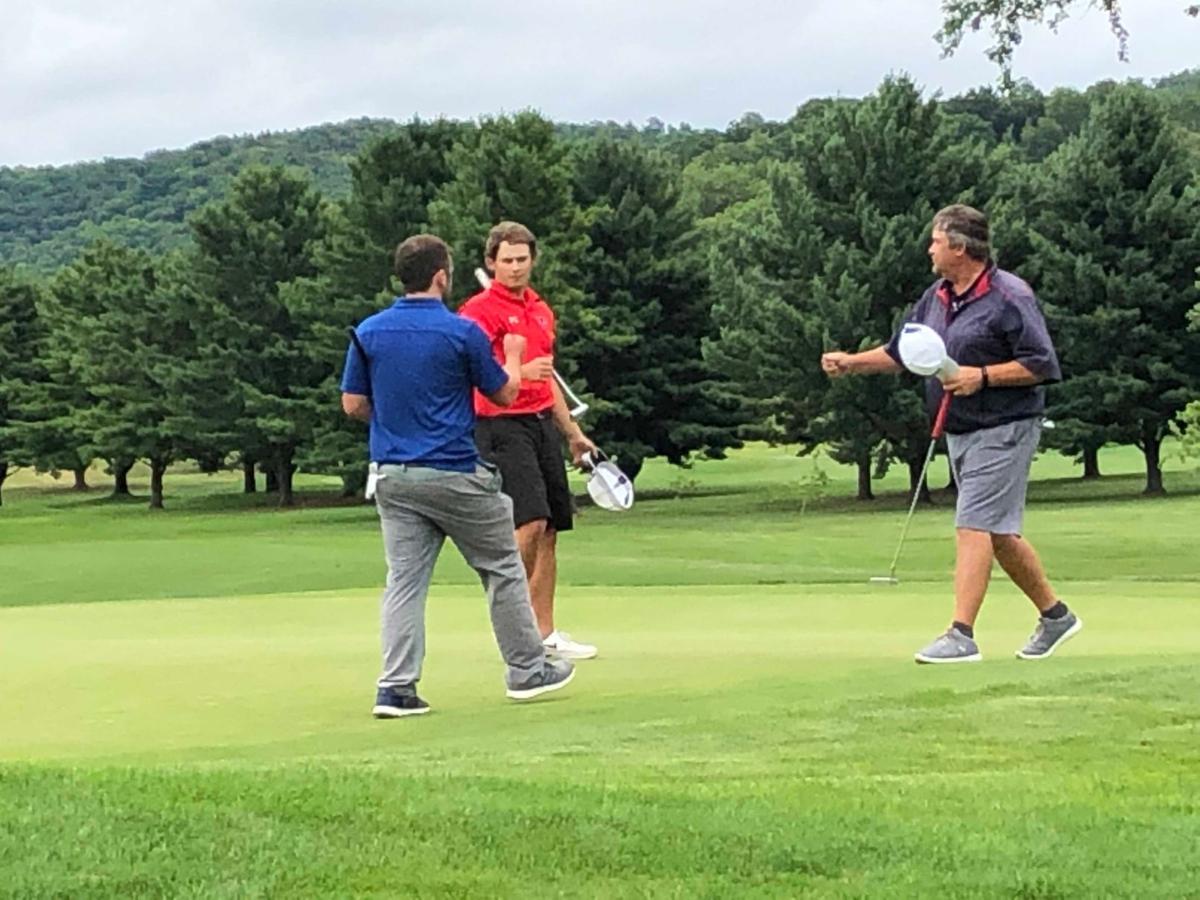 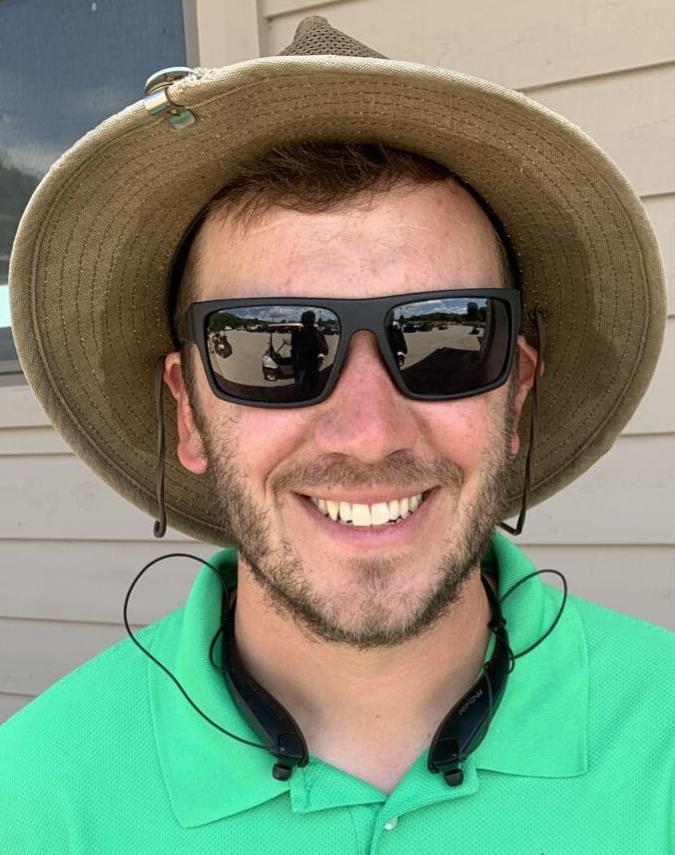 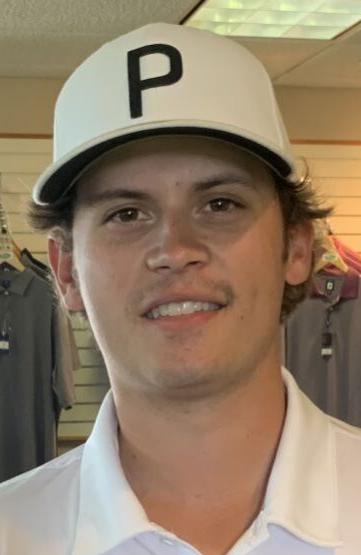 HOLMEN — Jake Dunn didn’t think the missed first putt on No. 18 hurt him, but he wasn’t sure.

After making the second putt, Dunn congratulated Jordan Graf and Tom McClintock on their rounds and returned to his cart just off the green.

He took off his wide-brimmed summer hat of choice and started looking at his card.

“Did you win?” Dunn was asked as he moved slowly in his cart.

Moments later, Dunn learned that he was a champion.

After golfing in the La Crosse County Amateur Men’s Golf Championship as presented by Pepsi-Cola of La Crosse since 2005, he won the championship flight for the first time.

Dunn wasn’t exactly thrilled with his 3-over-par 73, but he was more than happy with the trade-off of becoming a champion at Drugan’s Castle Mound on Sunday.

“I’ve played 15,000 rounds here or whatever it is, so I should be good on this course,” said Dunn, a Gale-Ettrick-Trempealeau High School graduate. “I expect to play well here.

“I played very nice on the front nine and did not on the back.”

Dunn finished with a two-round score of 2-over 143 after shooting a 1-under 70 at The Golf Club at Cedar Creek on Saturday.

Graf and McClintock both finished at 144. Tyler Church was fourth (145) and Ben Skogen fifth (148) after finishing as the top two a year ago. Skogen was denied a third straight championship.

McClintock wedged himself into the title picture with birdies on Nos. 17 and 18. Dunn held on the the win when both he and Graf bogeyed at 18. All three birdied 17, leaving Dunn’s lead over Graf at one shot and over McClintock at three.

Graf led by two shots after Saturday’s first round and said he felt pretty good going into Sunday and avoided the nerves he did feel by playing well early.

He birdied No. 1 and followed that up with two pars and another birdie.

Graf bogeyed two of the first three holes and had a double bogey on 16 before finishing birdie-bogey and carding a 40 on the back nine. McClintock shot a 36 on the back and had three bogeys before scoring the birdies on 17 and 18.

Dunn followed his 1-under 34 on the front — he birdied the par-3 ninth hole — with a 39 on the back. His only birdie the rest of the way came at 17, and he characterized the last nine holes as “brutal” as he walked off the course.

“Playing in this tournament so many times and on this course so many times, there are some holes that bring back bad memories, and I did some things I don’t do anymore,” Dunn said. “I hit one out of bounds on 11, and that’s something I hadn’t done all year and probably won’t do again.

“I just hit some bad shots and really had no feel for anything (on the back nine).”

FIRST FLIGHT: Mitch Gault prevailed by one shot in another flight that concluded at Drugan’s.

Gault was in third place after one round and passed both Bob Newberry and Bruce Lindseth by shooting a 77 for a 36-hole score of 153.

SECOND FLIGHT: Jordan Rudolph won by a shot as the second flight moved to Cedar Creek. He matched his first round of 81 to score a 162 and beat second-place Kyle Larkin (77-86) and Bob Guggenbuehl (82-81) by one stroke.

THIRD FLIGHT: James Freng shot the lowest score at Drugan’s on Saturday and tied for the low score at Cedar Creek on Sunday among those golfing in the third flight.

FOURTH FLIGHT: Eric Flack came back from being five shots down after one round to win by two shots at Cedar Creek.

“It’s pretty awesome,” track owner Bob Timm said. “It feels like we finally got to right where we need to be.”

ONALASKA — Even players and coaches from the Onalaska High School volleyball team didn't anticipate this kind of start to the season.

All co-curricular activities in the Holmen School District will revert to virtual mode on Monday, according to its website.

Schneider finished last year as the Blackhawks’ leading rusher, and the team will lean on him again this season as it looks to improve on a 1-7 finish a year ago. 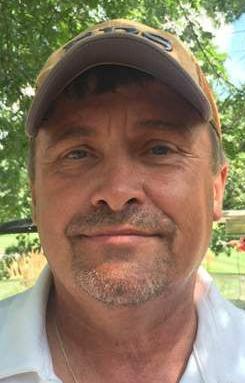