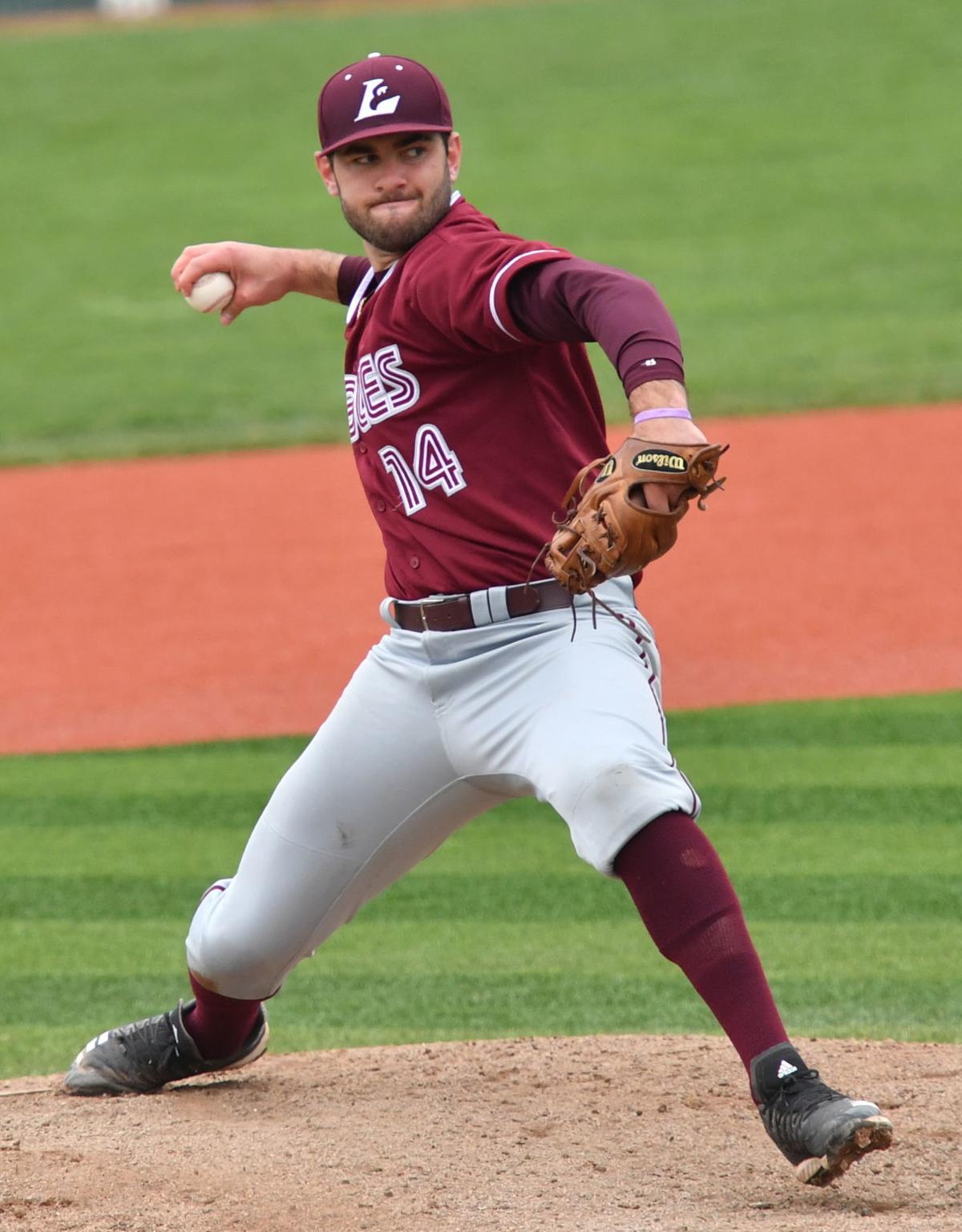 Zach Pronschinske pitches for the UW-La Crosse baseball team. Pronschinske had a breakout junior season, earning WIAC pitcher of the year. He'd spent most of his collegiate career as a reliever, but the move to the starting rotation paid big dividends for Pronschinske and the Eagles. 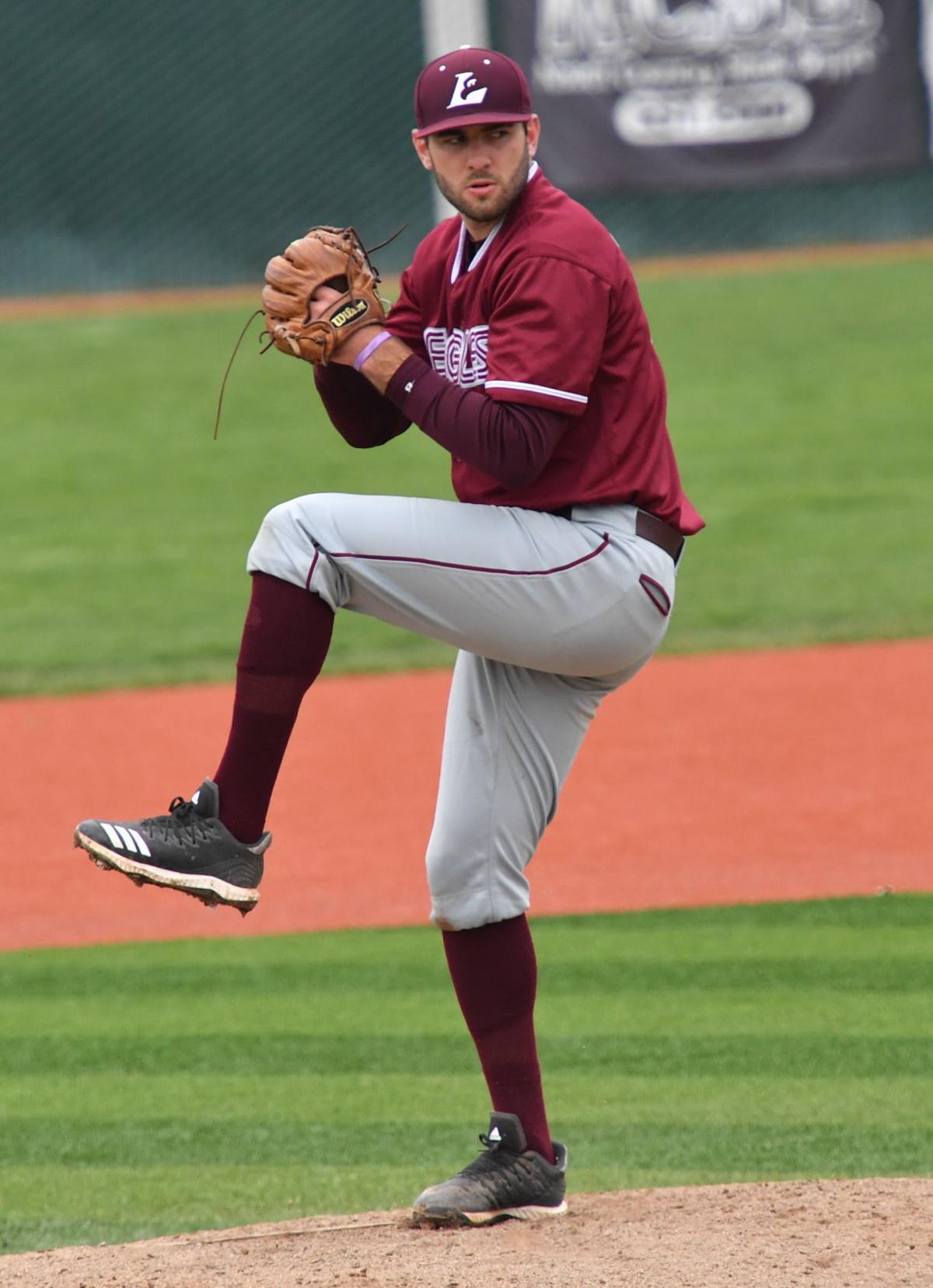 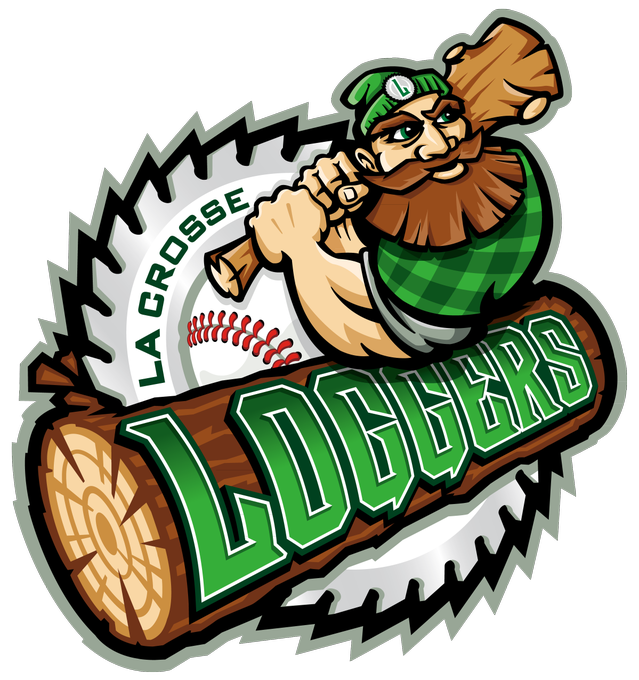 It wasn’t that Zach Pronschinske was unhappy in his role on the UW-La Crosse baseball team, he just wanted to do more with it.

The UW-L junior and Arcadia High School graduate has spent his career as a relief pitcher, and had the ups and downs that are typical of the sport. This season, after a couple injuries stripped away the depth the Eagles had in the starting rotation, Pronschinske got his chance to be a regular starter for the first time since his days with the Raiders.

He proceeded to set the world on fire.

Six starts, 5-1 record with the loss being a 1-0 defeat to nationally ranked UW-Whitewater, three complete games, 61 strikeouts, eight runs allowed in 49 innings over that stretch. It was a run worthy of garnering WIAC pitcher of the year after the season wrapped up, and one that sets him up to be the top starters of the Eagles’ staff next season.

“I had really good years as a junior and senior in high school, but it was nothing compared to the competition I was facing at UW-L,” Pronschinske said. “It was a really good run for me. I tried not to think about it much as it was going on, but afterward I kind of sat back and said, ‘Wow, that was pretty cool.’”

We’ll get back to Pronschinske’s breakout season for the Eagles, but for now, he’s looking forward to continuing his hot pitching, and even improve it, this summer with the Northwoods League’s La Crosse Loggers. Pronschinske will start on a temporary contract with the collegiate, wood-bat team after playing for it part of last season, but Chris Goodell — the Loggers’ former general manager and current roster-builder — didn’t shut the door on Pronschinske earning a summer-long agreement.

His stint with the Loggers last year resembled Pronschinske’s early career with the Eagles: mostly good, some bad. He posted a 2-1 record as a spot starter and reliever with two of his best outings late in the season, but got hit hard in a few appearances.

Pronschinske said when his mentality shifted to knowing he could compete with the NCAA Division I players that populate most of the NWL’s rosters, his pitching improved.

“As soon as I accepted that, I started pitching well,” he said. “It doesn’t matter who you’re facing, just focus on one pitch at time and yourself, and you’ll be OK.”

Goodell and the Loggers coaching staff appreciated the way Pronschinske went about his pitching, and took instruction last season, which is why they were confident in bringing him back to start this one.

UW-L coach Chris Schwarz — the program’s winningest skipper — has had many players through his tenure get summer time with the La Crosse franchise. He said he appreciates his athletes competing at a high level in the offseason, and what those players learn being around new coaches and teammates from other programs.

“Players come back from the Northwoods with little tidbits. Maybe a grip on a pitch, something small like that, that they’re more comfortable with,” Schwarz said. “They hear something differently, and it clicks a little bit better.”

Pronschinske said working with Loggers pitching coach Tom Kinney on a few mechanical tweaks with his delivery helped him add 6 mph on his fastball within a week of joining the Loggers.

“Not all of our guys can play in the Northwoods, and Zach definitely can. Hopefully he gets a chance to continue being a starter for the Loggers, and competing against good players every day,” Schwarz said. “It raises everybody.”

Pronschinske’s move from the bullpen to the starting rotation happened after he planted the seed in Schwarz’s mind during an offseason conversation.

Pronschinske said he felt confident after starting games with the Loggers that he could do so at UW-L.

“I just felt like, and told him, that I can give him good starts in that role,” Pronschinske said.

Schwarz told Pronschinske in that meeting that his bullpen role was valuable, but to keep working and should the need arise that Pronschinske would start.

Once inserted into the starting lineup, Pronschinske backed up his words with the best run of his college career.

Schwarz, a pitcher during his playing days and the Eagles’ pitching coach, knows that being in the bullpen and not knowing when you’ll pitch can be difficult. Getting into a routine of pitching days and recovery days helped, Pronschinske said.

“Being able to know when I’m throwing, and the overall mentality that came with that,” Pronschinske siad of the benefits of starting, “Being able to work on things I needed to, work on my craft during the off days and not always staying ready like you do as a closer.”

Being in the starting rotation also allowed Pronschinske to use his repertoire of pitches more than the fastball-slider combo he primarily used as a reliever. Those are still his top two pitches, with the fastball topping out in the upper-80s mph, but he featured his curveball and splitter more to keep opponents off balance.

His strikeout totals also ballooned with longer outings, and he posted double-digit punchouts in his last four appearances, all of which which were seven innings or longer.

Pronschinske knows he’s set to be a starter for UW-L next season, so he’s looking at this summer as a chance to continue developing his pitches and his ability.

“I want to do my best for those guys,” he said. “I want to develop my mechanics a little further and see if I can throw a little harder and become a more well-rounded pitcher overall.”

Colten Bartholomew can be reached at colten.bartholomew@lee.net or via Twitter @cbartdizzle.

This weekend is always one of the most hectic of the calendar for the La Crosse Loggers, as the team in the collegiate baseball Northwoods Lea…

Zach Pronschinske pitches for the UW-La Crosse baseball team. Pronschinske had a breakout junior season, earning WIAC pitcher of the year. He'd spent most of his collegiate career as a reliever, but the move to the starting rotation paid big dividends for Pronschinske and the Eagles.