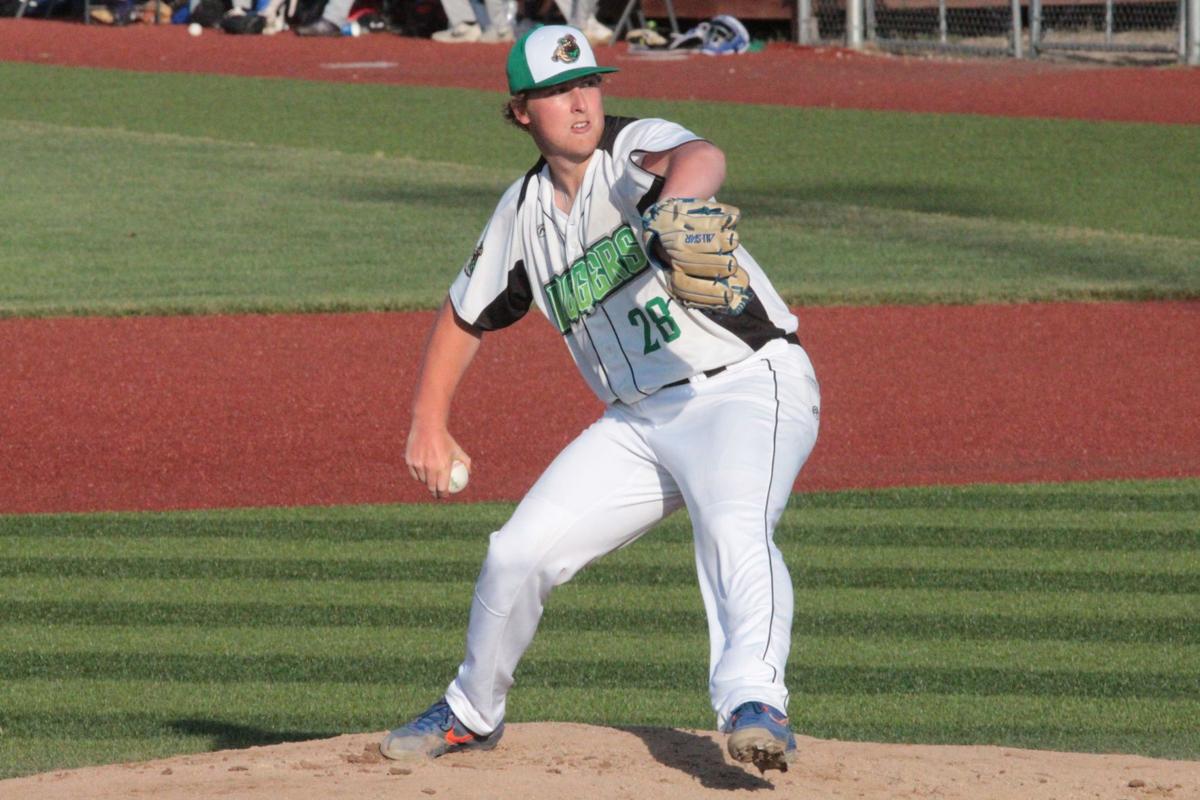 Green Bay Booyah infielder Zack Raabe collides with La Crosse Loggers catcher Colin Burgess after being tagged out trying to score from second on a single. 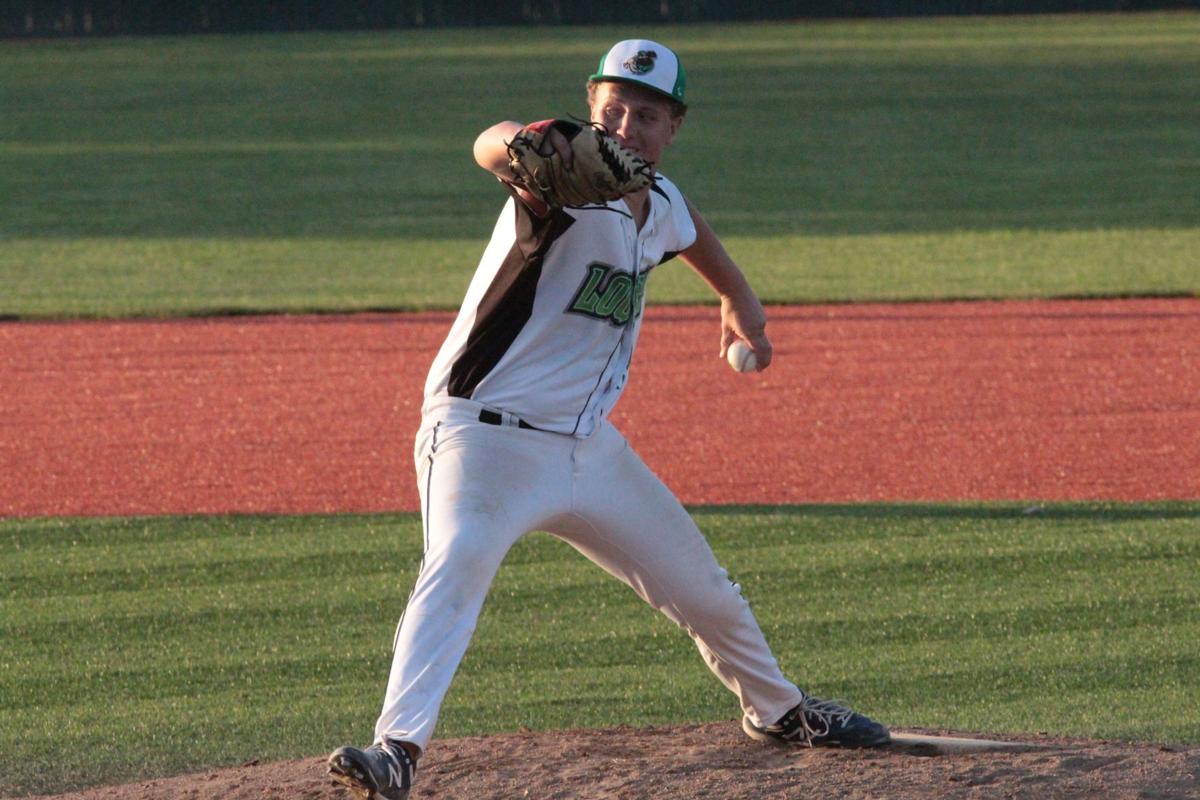 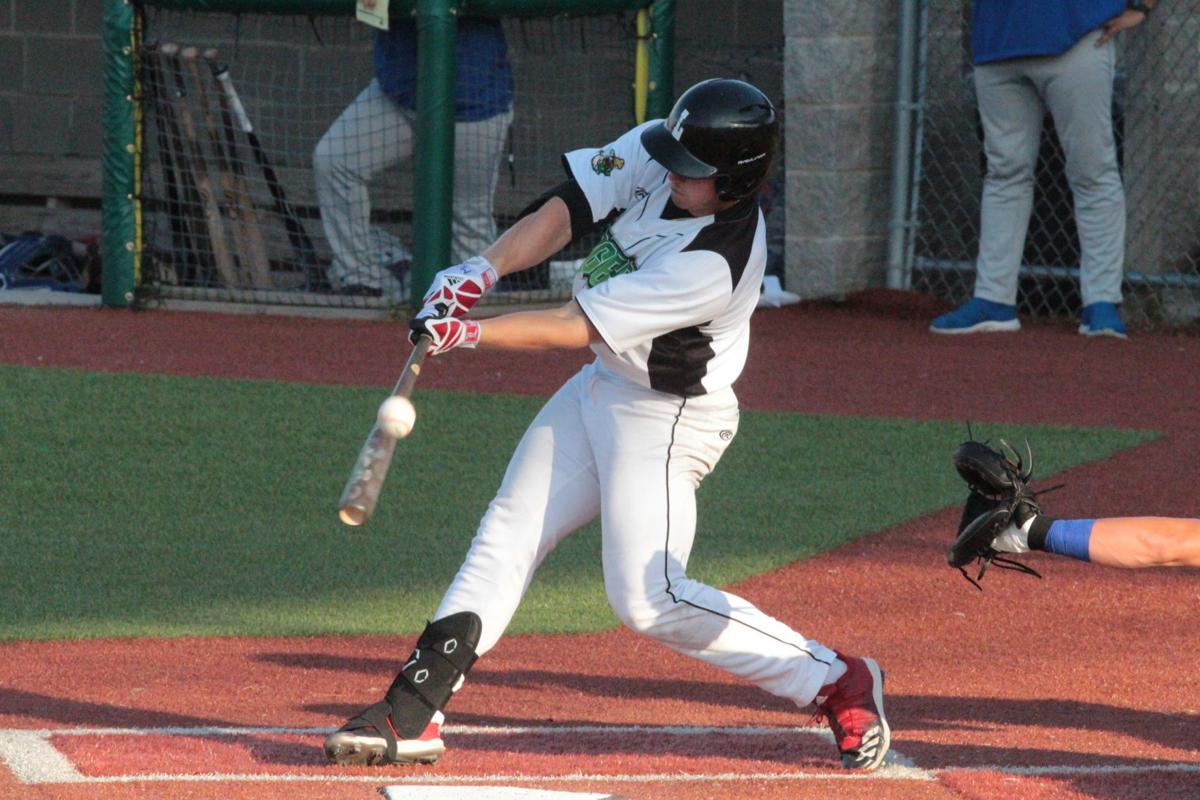 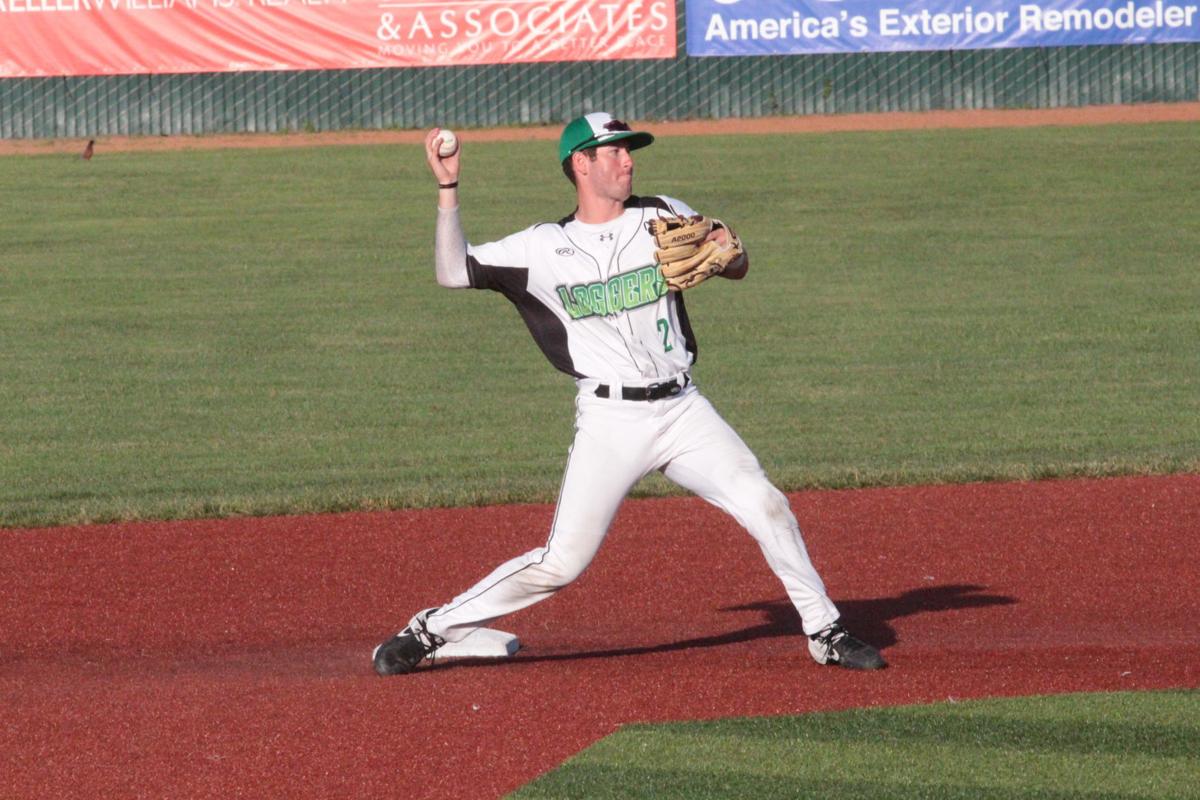 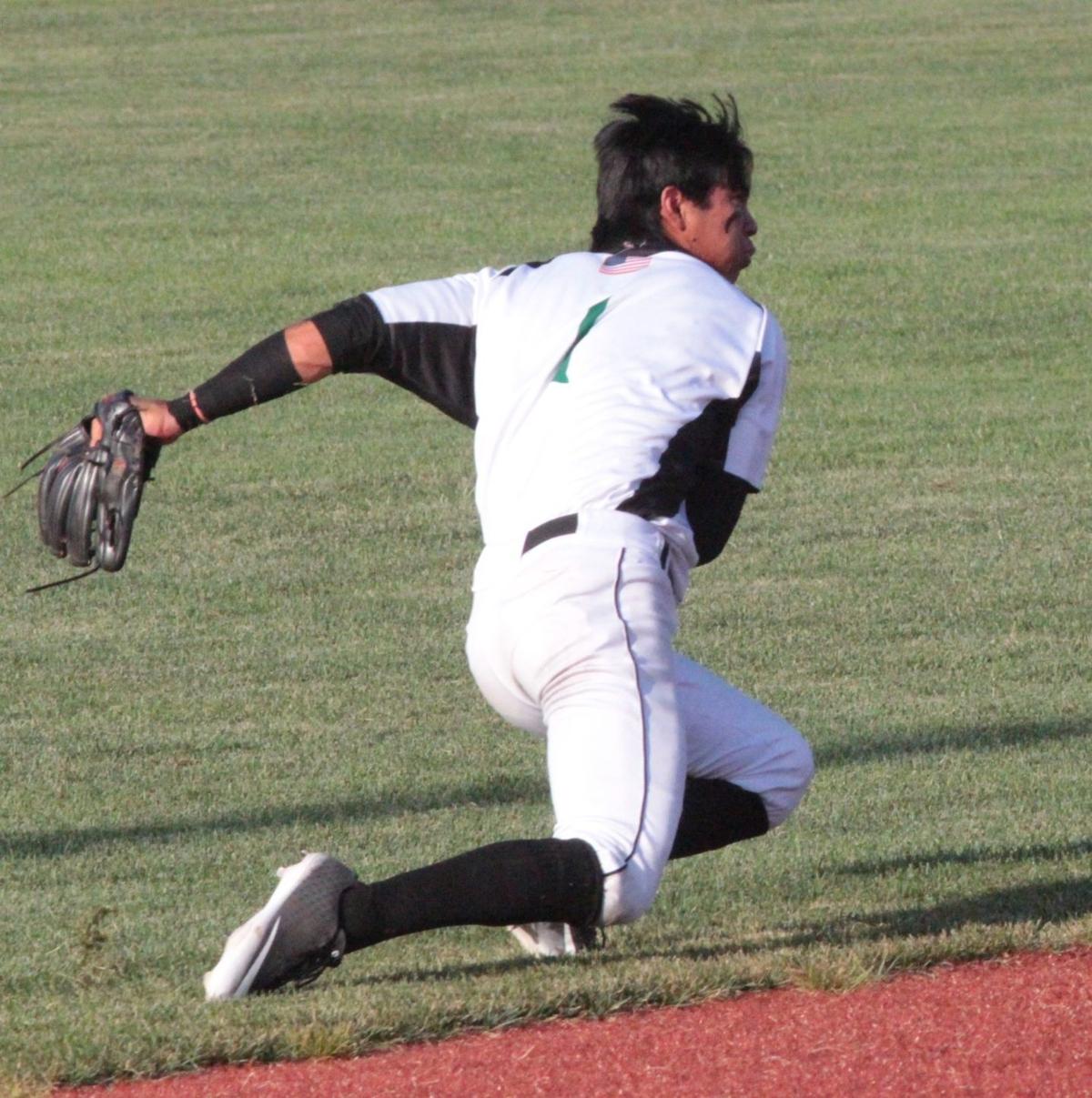 Loggers shortstop Kobe Kato makes an off balanced throw after diving for a ground ball during Tuesday's game against the Green Bay Booyah. 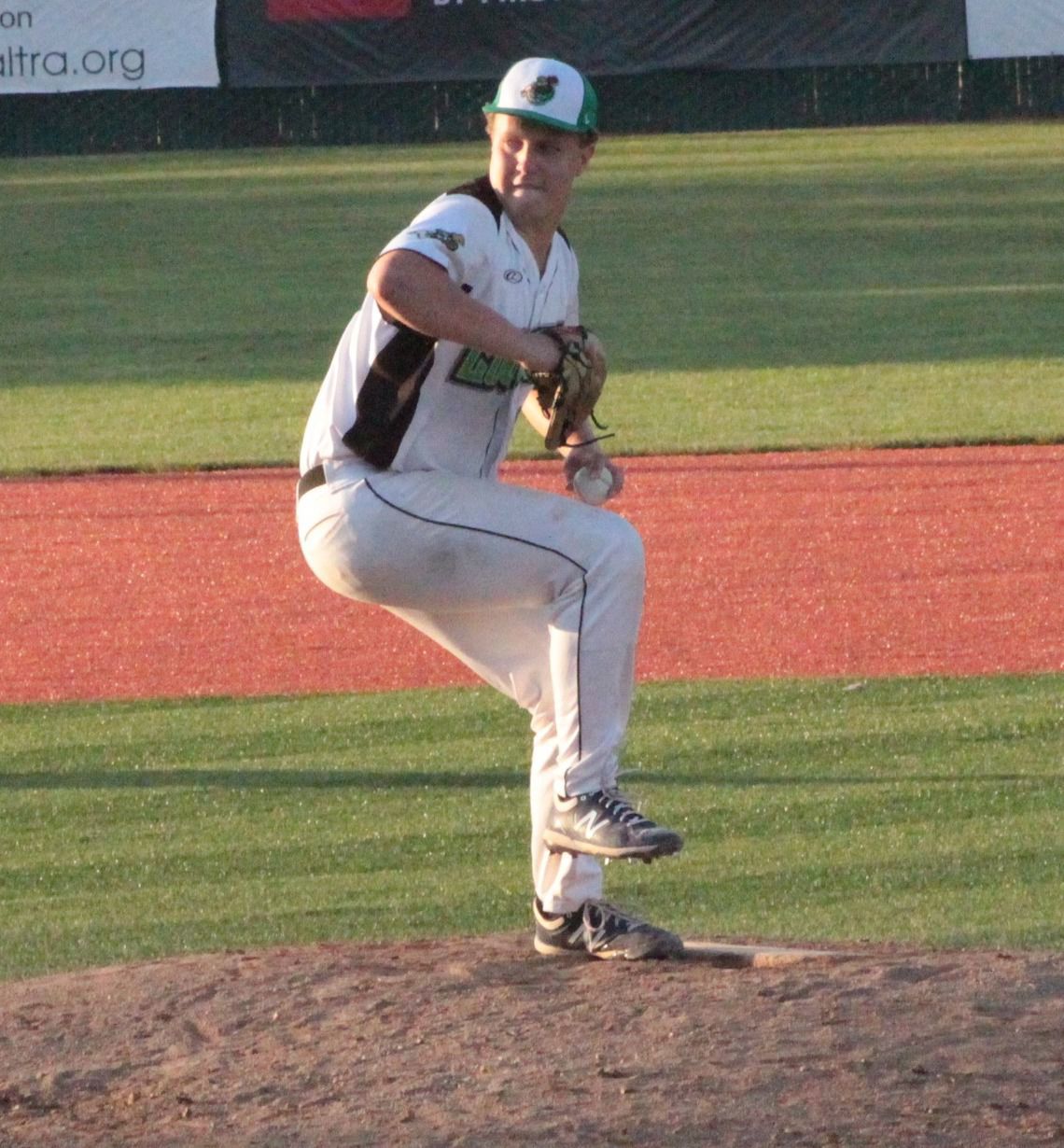 The La Crosse Loggers scored in the second and third innings of Tuesday night's game against the Green Bay Booyah at Copeland Park before falling in a back-and-forth game, 10-7.

The loss is the fourth in the row for La Crosse (3-4), which won the first three games of the season, even though it started strong Tuesday.

After Loggers starting pitcher Mitch Lines sat Green Bay (3-4) down in order in the first and second innings, Blake Klassen walked to start the bottom of the second. Klassen advanced to second on a single by Matt Stinebiser two batters later before Colin Burgess singled to center to put La Crosse up 1-0.

The Loggers doubled their lead in the third when an Austin Murr sac-fly scored Kobe Kato, who led off the inning with a double.

But the Booyah got to Lines in the fourth, scoring three to take the lead — the first of two big innings for the visiting team.

La Crosse answered with a run of their own in the fourth before the teams traded runs over the next three innings and entered the eighth tied at 5. Then, Green Bay took the lead for good.

The Booyah plated four in the top of the inning, two of which came off Eli Campbell, the second of four relief pitchers the Loggers used.

La Crosse scored a run in the eighth and the ninth but couldn't complete the comeback. Campbell, who gave up three runs on four hits while walking one and striking out four in 2⅔ innings pitched, was charged with the loss.

Chas Sagedahl, a Prairie du Chien graduate, was the only La Crosse pitcher who did not give up a run; he allowed two hits in one inning pitched.

Lines gave up four runs on four hits in four innings, Kyle Amendt allowed two runs on two hits in ⅓ innings pitched, and Cam Robinson allowed one run on one hit in one inning pitched.

Northwoods League: Loggers remain below .500 with two weeks left in the regular season

La Crosse hasn't had a winning record since it won its first three games of the year before dropping its next four.

WAUSAU, Wis. — The La Crosse Loggers smashed 14 hits to snap a four-game losing streak with a 15-3 victory over the Wisconsin Woodchucks Frida…

Northwoods League: Loggers struggle at the plate in loss to Woodchucks

With the loss, the Loggers dropped to 15-17 on the season.

La Crosse has lost five of its past six games and dropped to 15-19.

La Crosse has lost six of its past seven games and dropped to 15-20.

Northwoods League: Loggers get back on winning track with 14 runs

A five-run third inning sent the La Crosse Loggers on their way to a 14-3 Northwoods League victory over the Wisconsin Woodchucks on Saturday.

The Loggers dropped their second straight game and fell to 14-16.

The Loggers (10-12) scored the first four runs of the game while the pitching staff combined to allow just six hits.

The Loggers' bullpen also had a strong showing, allowing just one run on one hit in five innings pitched.

Green Bay Booyah infielder Zack Raabe collides with La Crosse Loggers catcher Colin Burgess after being tagged out trying to score from second on a single.

Loggers shortstop Kobe Kato makes an off balanced throw after diving for a ground ball during Tuesday's game against the Green Bay Booyah.