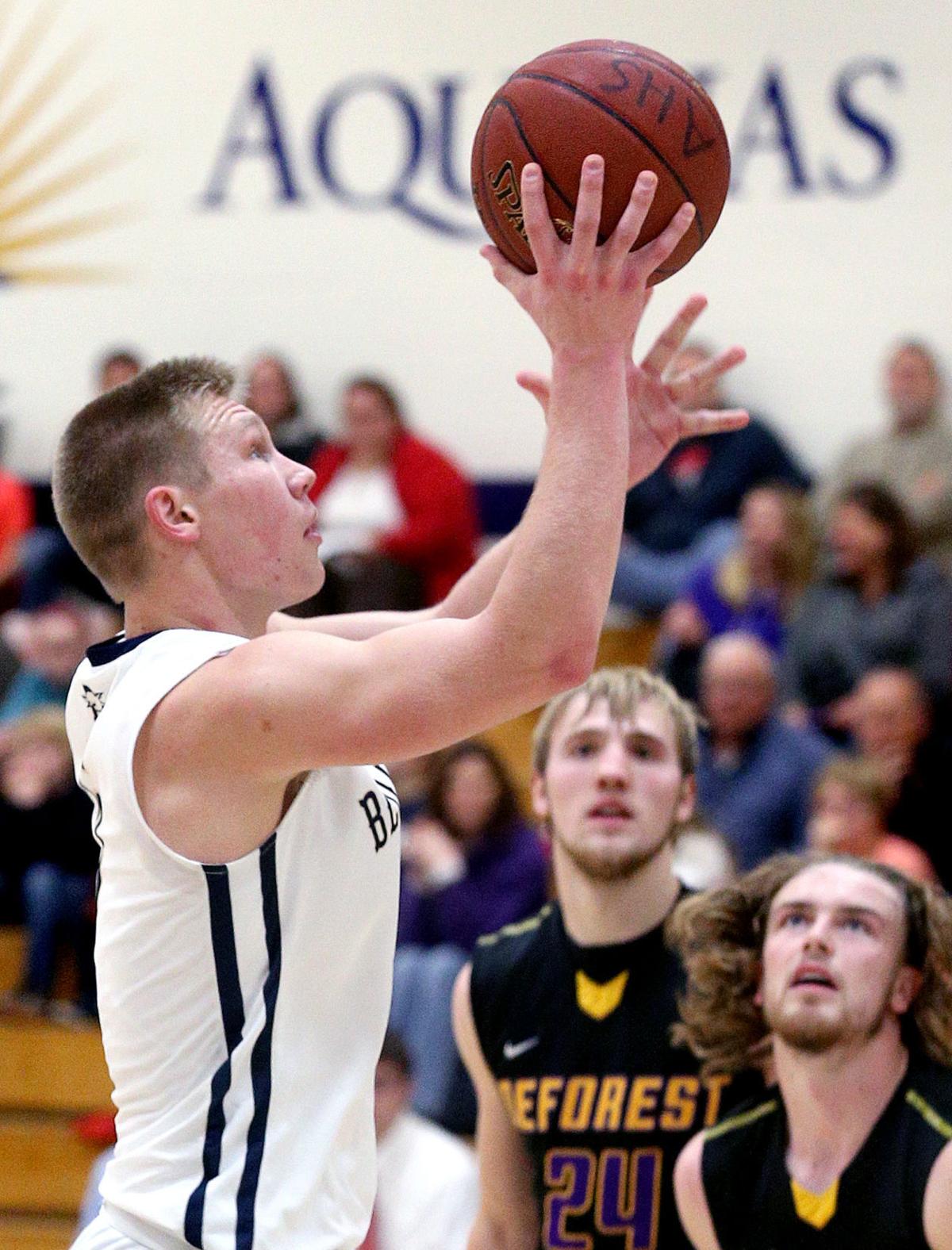 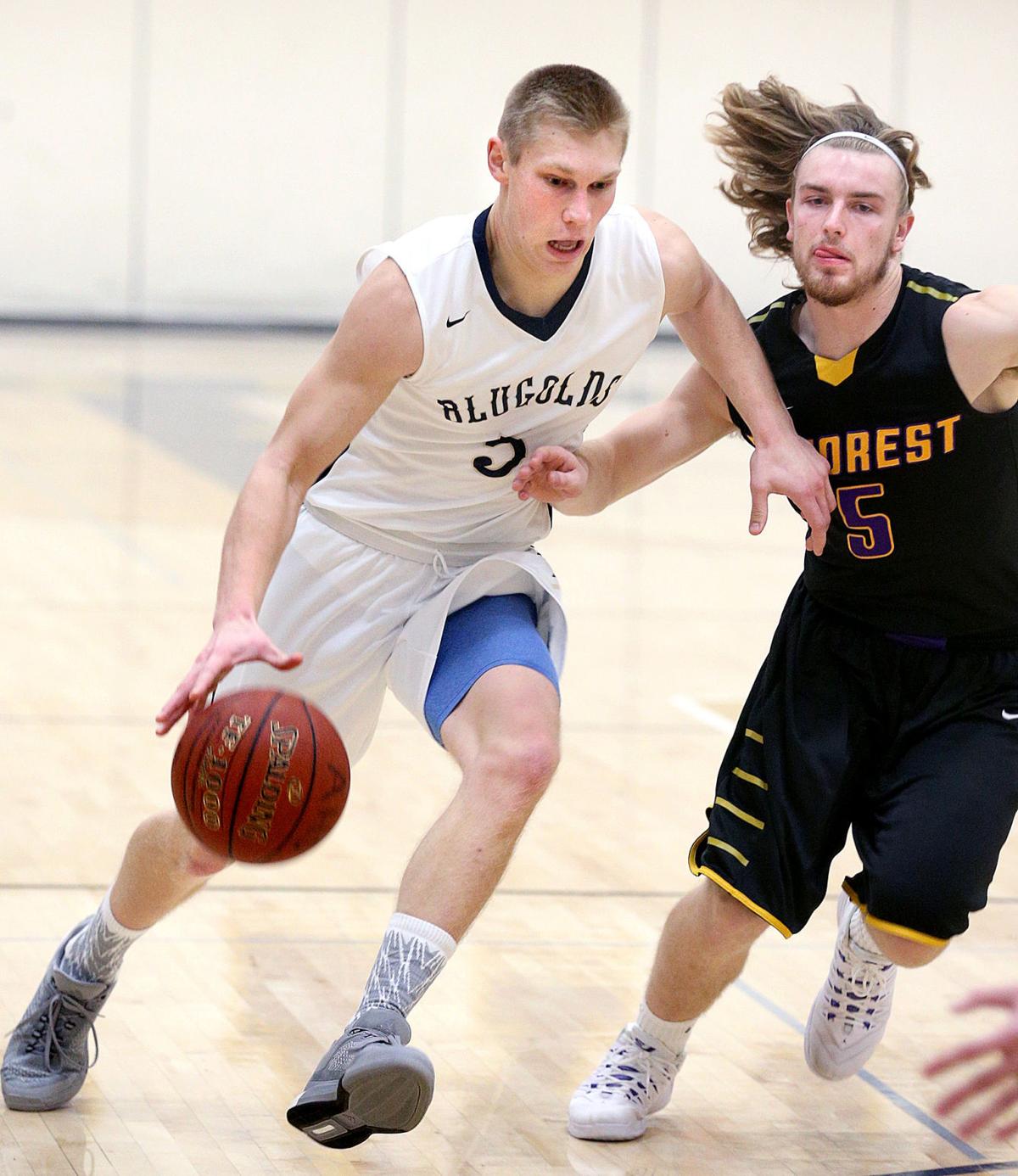 Members of the Aquinas High School boys basketball team won’t hesitate to tell you Chris Ancius is their on-court leader.

Ancius is one of the Blugolds’ top scorers and a focal point of the offense. He’s the guy who speaks up when the Blugolds need a voice. He’s the one who gets the team charged up in the huddle before — and sometimes during — the game.

Ancius’ skills as a player are a big reason why the Blugolds are off to a 5-1 start.

And while his in-game versatility is crucial to the Blugolds’ success, what he’s doing away from the hardwood is arguably as important.

The 6-foot-5 senior forward has taken strides to ensure the Blugolds are a more complete team outside of the gym.

“I had a meeting with all the guys and I told all the guys that we are going to get together and we’re going do things a lot differently this year,” said Ancius, who has drawn college interest from UW-La Crosse and UW-Platteville.

It’s not just basketball-related activities Ancius and the Blugolds are doing to strengthen their bond. Prior to Tuesday’s 72-69 win over DeForest, Ancius helped organize a team breakfast without the help of the coaching staff.

“It’s just the little stuff like that that can get us closer together,” he said. “When I played on an AAU team (coaches) Jason (Jesperson) and Adam (Hjelter) always preached that you have to do things together if you want to be a great team. I’m starting to carry that over into this, so these guys can know that ‘hey, I don’t care about the scoring and all that, I want us to be a great team because I know we can go places.’”

That unselfish play was on full display in Tuesday’s win. Ancius’ shot wasn’t falling like it usually does, so he moved into more of a facilitator role. DeForest pressed for most of the game, but Ancius brought the ball up the floor during crucial stretches of the second half.

“We don’t like to rest Eddie (Hardwick) too much, but when Eddie needs a rest Chris is our point guard,” Aquinas coach Sam Servais said.

With his size, Ancius usually draws a big defender away from the basket, which opens up the lane. He’s also shown that he has the ability to beat his defender off the dribble — which he did twice in overtime Tuesday to give Aquinas a four-point lead — which causes mismatches on the perimeter.

It also helps that Aquinas, ranked eighth in the Division 4 Associated Press poll, has a host of good 3-pointer shooters to spot up around Ancius’ drives.

“We have lots of shooters around me, great shooters around me,” said Ancius, who has recorded multiple assists in each game this season. “They are always hungry, always looking to get their own shot, so I know if I can’t get to the rim and get my own shot I know there are guys who are looking to score themselves.”

That scoring balance has been key to the Blugolds’ fast start. Harwick — a 5-foot-10 junior guard — is averaging 15 points per game. Ancius is right behind him at 14.5, and senior Alex Schulte is averaging 13.2.

“Chris is always getting us to shoot, before practice, after practice and when we can space the floor and shoot outside it opens up the lane a lot for drives and kicks,” Schulte said. “I’ve been friends with Chris since I was about 4 years old. I’ve known him forever and he’s always been a hard worker and I love having him around because he pushes us all and gets the team better.”

Ancius’ emergence into more of a team leader was something Servais recognized over the summer.

“He had great skill last year and I bet you there was a dozen times when I said ‘Chris, just cut loose, just cut loose,’ but he was a junior and that’s hard for a junior sometimes,” Servais said. “This year I noticed it this summer, the first tournament in June, he showed great leadership. I couldn’t be more proud of him from June until now, he’s been doing a great job.”

And the Blugolds are benefitting from it. Four of Aquinas’ five wins have been by 15 or more points, with its lone loss —a 71-66 defeat — coming at the hands of Eau Claire Regis, which is ranked seventh in Division 4.

Dating back to the middle of last season, Aquinas has won 12 of its last 16 games, and with the heart of the conference schedule coming up, the Blugolds appear to be heading in the right direction.

“What I like about these guys is they have good skill and they have a lot of experience,” Servais said. “They’re not really green, we’ve got pretty good experience coming back.”

“We’re going to be a lot more of a team and we’re not going to have the negativity that we had last year and I think that’s been a huge, huge factor in our victories thus far.” — Chris Ancius, Aquinas senior

“We’re going to be a lot more of a team and we’re not going to have the negativity that we had last year and I think that’s been a huge, huge factor in our victories thus far."

Watch now: 5 standout performances in the Packers' victory over the Rams

Watch now: 5 standout performances in the Packers' victory over the Rams 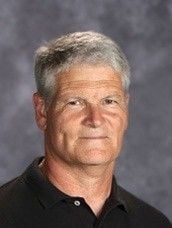