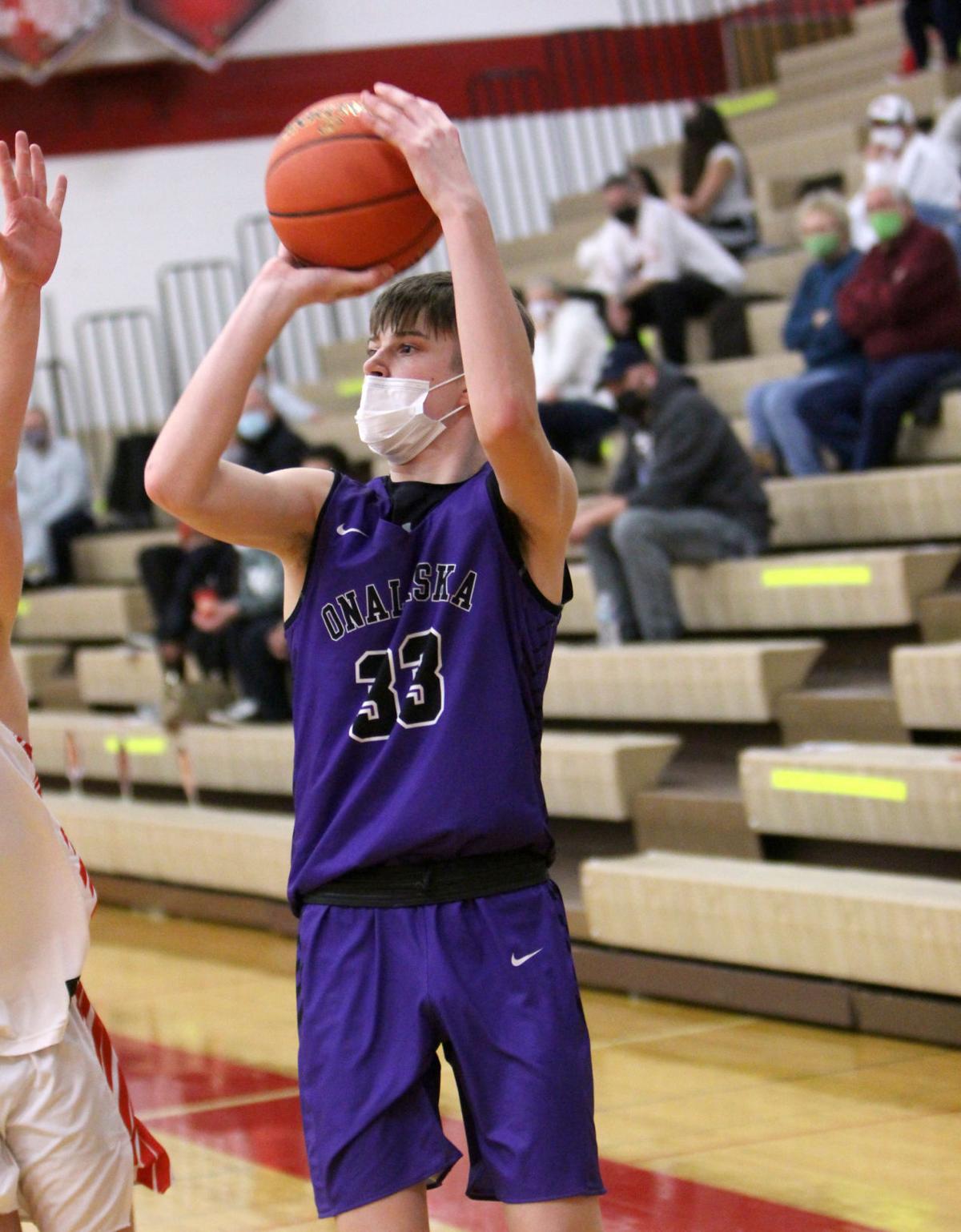 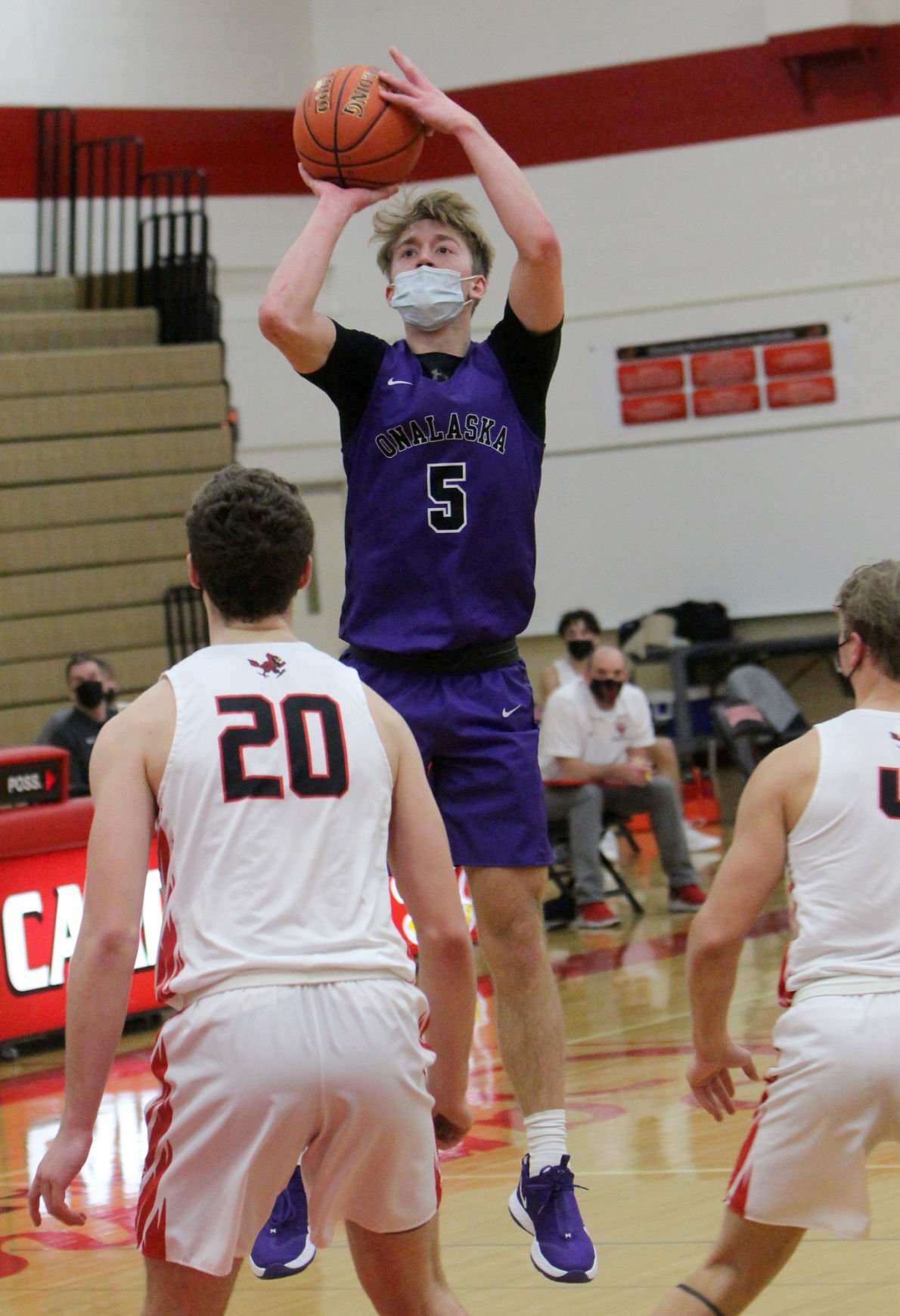 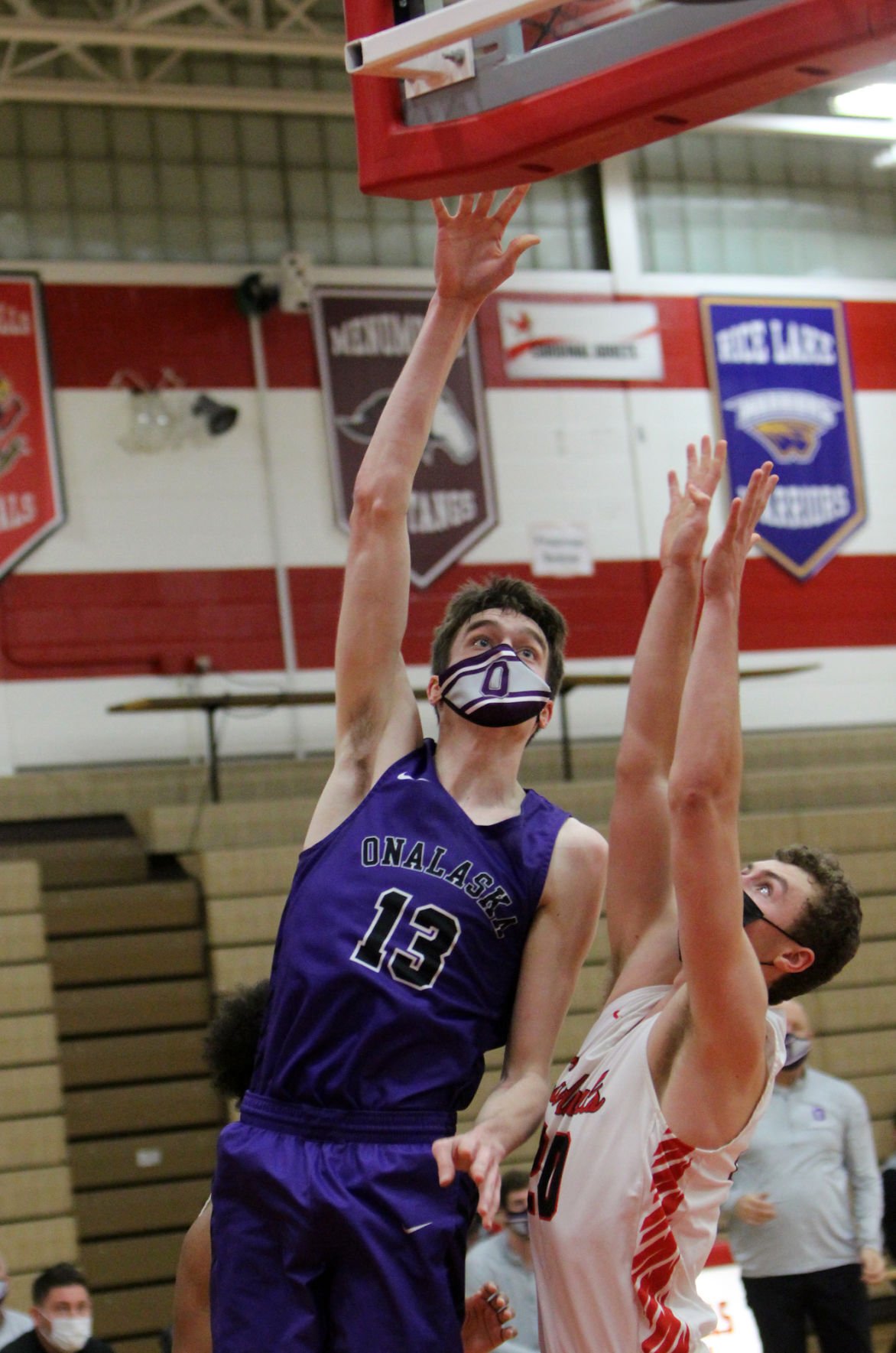 CHIPPEWA FALLS, Wis. — The Onalaska High School boys basketball team entered Tuesday with a game plan and executed it to perfection in a 65-42 victory road victory over Chippewa Falls.

The lengthy and athletic Hilltoppers smothered the high-scoring Cardinals, limiting Chippewa to a season-low point total and a 37 percent shooting effort from the field.

Offensively, Onalaska (6-0) found plenty of success close to the basket as Gavin McGrath led all scorers with 22 points on a 10-for-16 shooting performance.

"I thought we executed our game plan to a T, defensively," Onalaska coach Craig Kowal said. "They're very good, they shoot the ball extremely well and I thought our closeouts and our attention to detail were very good and then offensively I thought when we had a chance to attack the rim we did, when we needed to get post touches we did and we just played really solid all the way around."

Onalaska, ranked fifth in Division 2 by The Associated Press, closed the first half on a 9-3 run capped by a bucket from Victor Desmond in the final seconds to send the Hilltoppers into halftime in front 33-22. McGrath started the second half with a basket before Isaac Skemp hit the second of his two 3-pointers in the contest and the Hilltoppers started to pull away from Cardinals, who entered Tuesday's game on a five-game winning streak and leading the Big Rivers Conference standings.

"They're a really tough team to go against at all levels at every position," Chippewa Falls coach Jason Proue said of Onalaska. "They have a 6-11 kid (McGrath) in the middle who's skilled, can put the ball in the bucket and can alter shots on the defensive end and you've got a nice 6-7 wing (Desmond) that can guard and get to the basket and then Sam Kick is one of the better players in the state, as well. He holds that whole team together with just everything he can do and put shooters around them and it makes them a tough team to guard and a tough team to go against."

The Hilltoppers led by as many as 25 in the second half and looked the part of a fifth-ranked team.

The 6-foot-11 McGrath and 6-foot-7 Desmond combined for 33 points and were too tough for the Cardinals to handle down low.

"They've come a long way from that standpoint and that's what makes them hard to guard," Kowal said of his team's play down low. "We also have some good perimeter shooting so it's hard to dig down and double down and that type of stuff. When you can be balanced like that and you have an off shooting night you can overcome it with the inside play."

Sam Kick scored 15 points and Desmond added 11 as Onalaska earned its second win of the season over a Big Rivers school after getting a 69-61 win at Eau Claire Memorial on Dec. 30.

Joe Reuter led Chippewa Falls with 19 points and was coming off a 41-point effort in an overtime win against Eau Claire Memorial last Friday. The Cardinals entered Tuesday's game averaging just under 10 3-pointers made per game, but were limited to just six shots from distance on a 6-for-21 effort.

"It was a good team we beat, I'm just very proud of my team, and I'm just thankful we're playing," Kowal said.

The Aquinas High School girls basketball team built a 30-point lead in the first half on its way to a 73-33 MVC victory over Tomah on Thursday.