Become a Member
Read Today's E-edition
Share This
High school football: Ark of Victory back on the line for Central, Logan
Share this 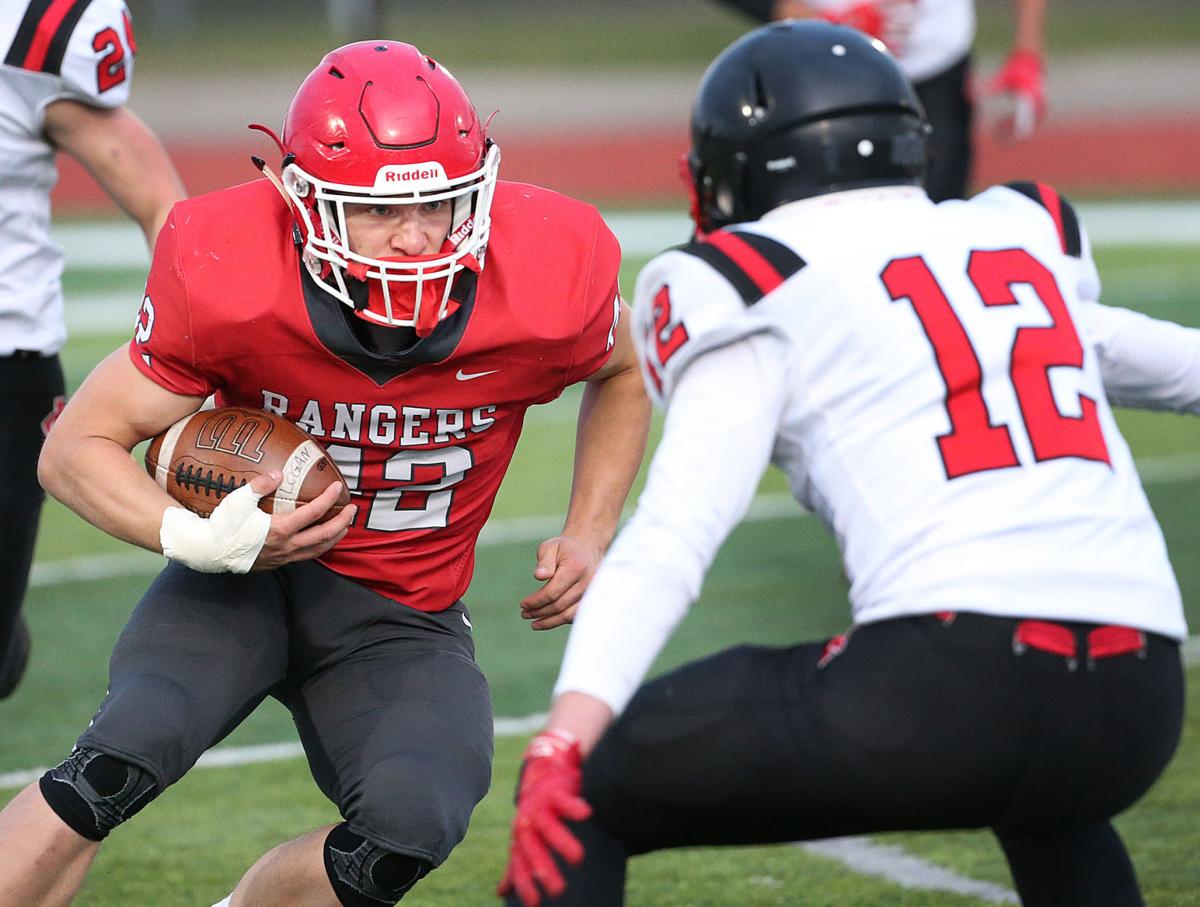 Logan's Sam Veenstra, left, looks for a path past Central's Boston Brindley during the teams' Battle for the Ark of Victory last season. The RiverHawks and Rangers meet again at UW-L's Veterans Memorial Field Sports Complex at 7 p.m. Friday. 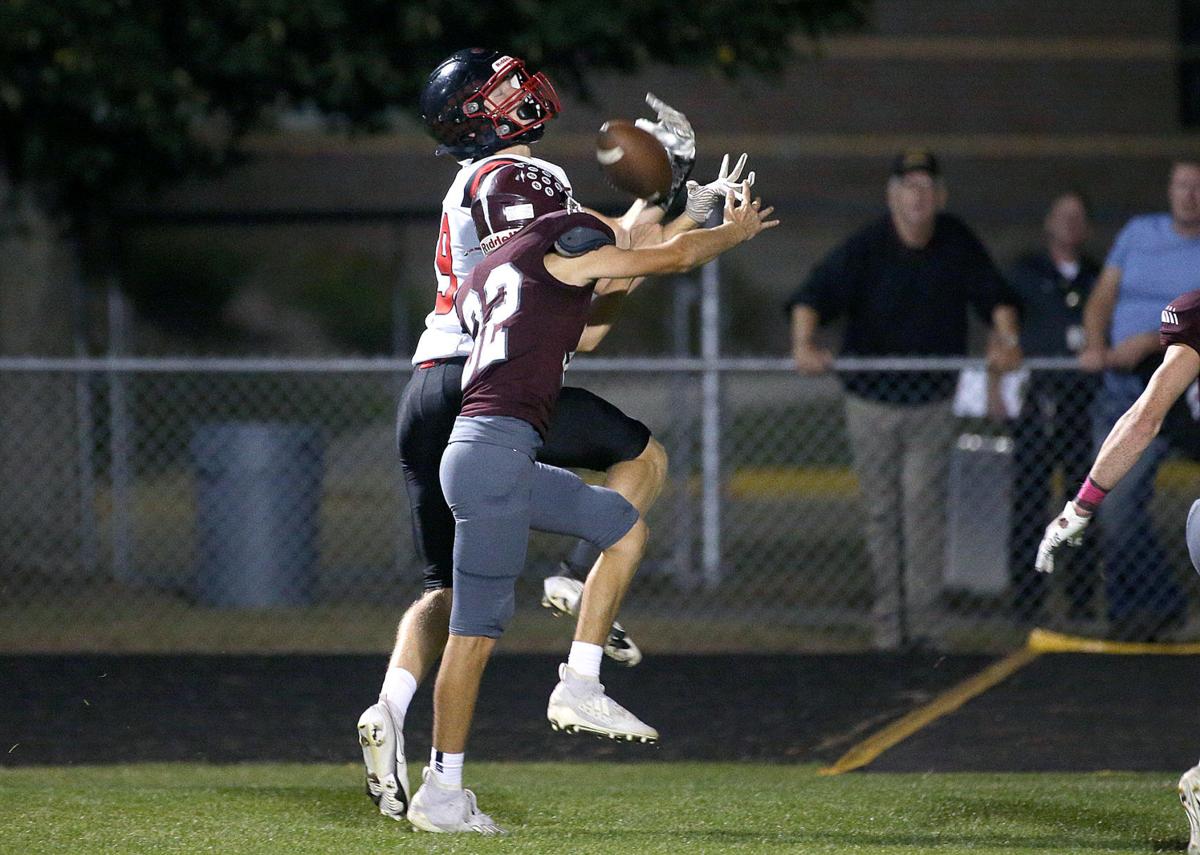 Central's Porter Pretasky, left, makes a catch during his team's victory over Holmen this season. The RiverHawks have already clinched their fourth straight WIAA playoff appearance.

Some teams have already secured spots in the upcoming WIAA postseason, but none has yet assured itself of the seed it hopes to get. Some are still on the outside looking in with one game left to play.

There is a mixture of that throughout the Coulee Region on the verge of a late night and following day of announcements that will start playoff plans all around the state.

Will all three city schools qualify for the first time since 2012?

That will be determined at the Veterans Memorial Field Sports Complex when Central and Logan kick off at 7 p.m. for the 96th time in the Battle for the Ark of Victory. The RiverHawks have won 48 times, the Rangers 40 times, and they’ve tied on seven occasions during a series that began in 1928.

But the most important victory in the series is the most recent, and that belongs to Logan after it upended Central 20-10 during the final game of last spring.

“That hurt really bad, and I still feel terrible for that group of seniors,” said Central first-year coach Mitch Olson, who was part of Tony Servais’ staff last season. “Credit to Logan for playing well that night, and we know they will be ready to go again (Friday).”

As for the playoffs, everything sits on Logan’s shoulders. The Rangers are 3-5 overall and 2-4 in the MVC. A third conference wins gives them a chance to make the field if sub-.500 teams are required to complete it, but a loss leaves them out.

Aquinas, which is 8-0 overall, 5-0 in the Coulee Conference and trying to become the first city school to complete an unbeaten regular season since 1984, is in. So are the RiverHawks (6-2, 4-2), who sit in third place in the MVC but could tie for second by beating the Rangers and getting a Holmen win over second-place West Salem.

Central enters the game on a three-game winning streak that started with a blowout of Tomah and continued with victories over Holmen and Sparta. The RiverHawks have averaged 44.3 points in those games and will give the Rangers a lot to deal with defensively with quarterback Mason Herlitzke and Co.

Herlitzke has completed 54% of his passes for 1,225 yards and 17 touchdowns against six interceptions. He has also rushed for 550 yards and eight touchdowns while averaging 6.1 yards per carry.

Jackson Warren has also been a big-play machine by averaging 17.4 yards per touch on receptions and carries, and Ethan Shepherd has rushed for 289 yards and one touchdown each week during the current winning streak.

“We feel really good about our practices and games the last few weeks,” Olson said. “Things have been on the up and up, and I think we’re getting a little better each week.”

The Rangers have also made a jump over the past couple of weeks by following up an expected win over Tomah by beating Holmen in overtime.

Logan will try to counter the Central offense with a defense led by defensive lineman Martell Owens and linebacker Sam Veenstra. That duo has combined for 21 tackles behind the line of scrimmage.

Quarterback Josh Waite has passed for 1,079 yards, and he passed for 416 yards and four touchdowns over the past two games.

The playoff picture for Coulee Region teams with one week remaining:

2021 SCENARIO: Central is 6-2 overall, 4-2 in the MVC (third place) and qualified for the WIAA playoffs; Logan is 3-5 overall, 2-4 in the MVC (tied for fifth) and needs to win for a chance to qualify for the postseason

IN PHOTOS: Central reclaims "Ark of Victory" with a 42-20 win over Logan

Logan's Sam Veenstra, left, looks for a path past Central's Boston Brindley during the teams' Battle for the Ark of Victory last season. The RiverHawks and Rangers meet again at UW-L's Veterans Memorial Field Sports Complex at 7 p.m. Friday.

Central's Porter Pretasky, left, makes a catch during his team's victory over Holmen this season. The RiverHawks have already clinched their fourth straight WIAA playoff appearance.