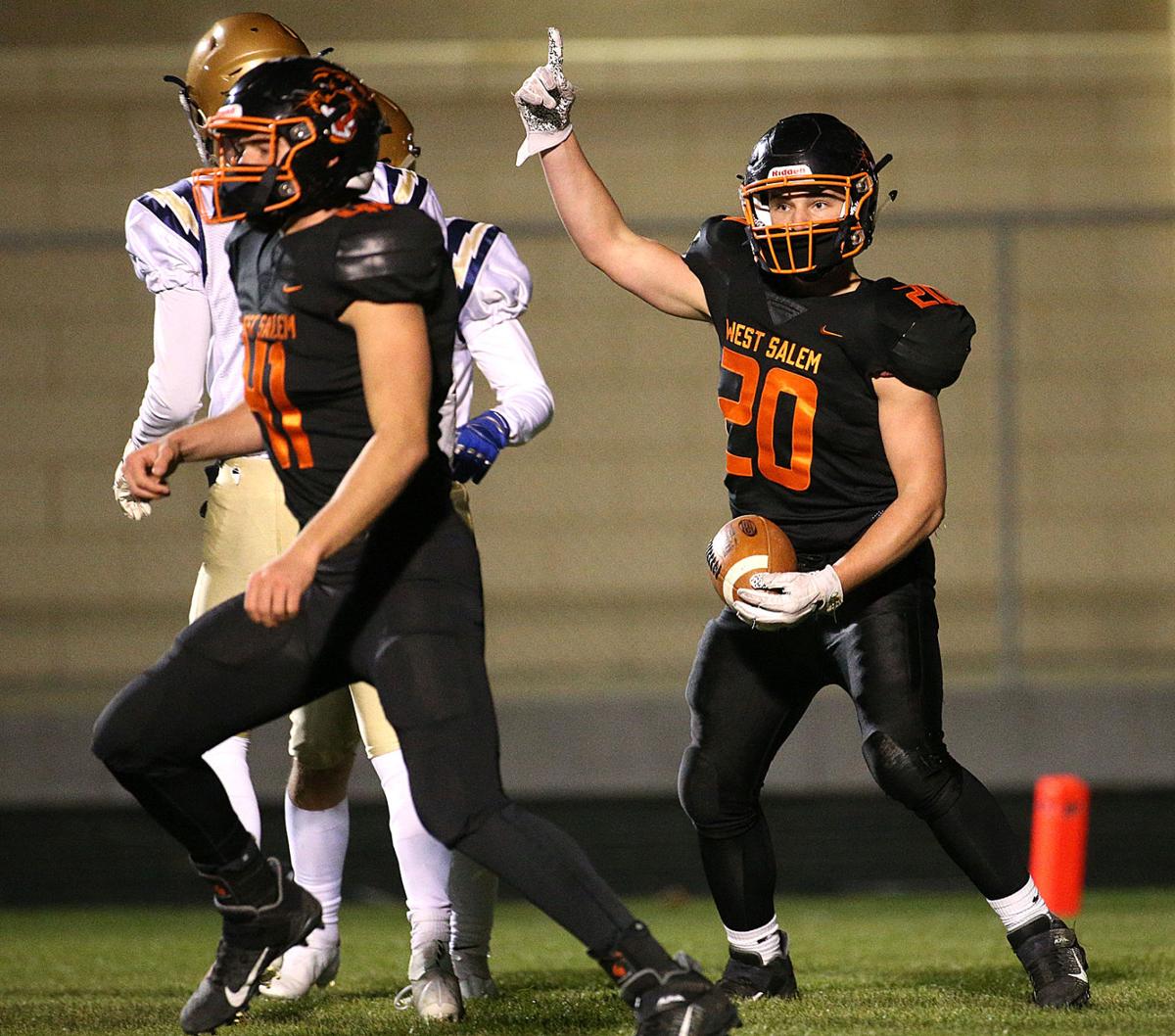 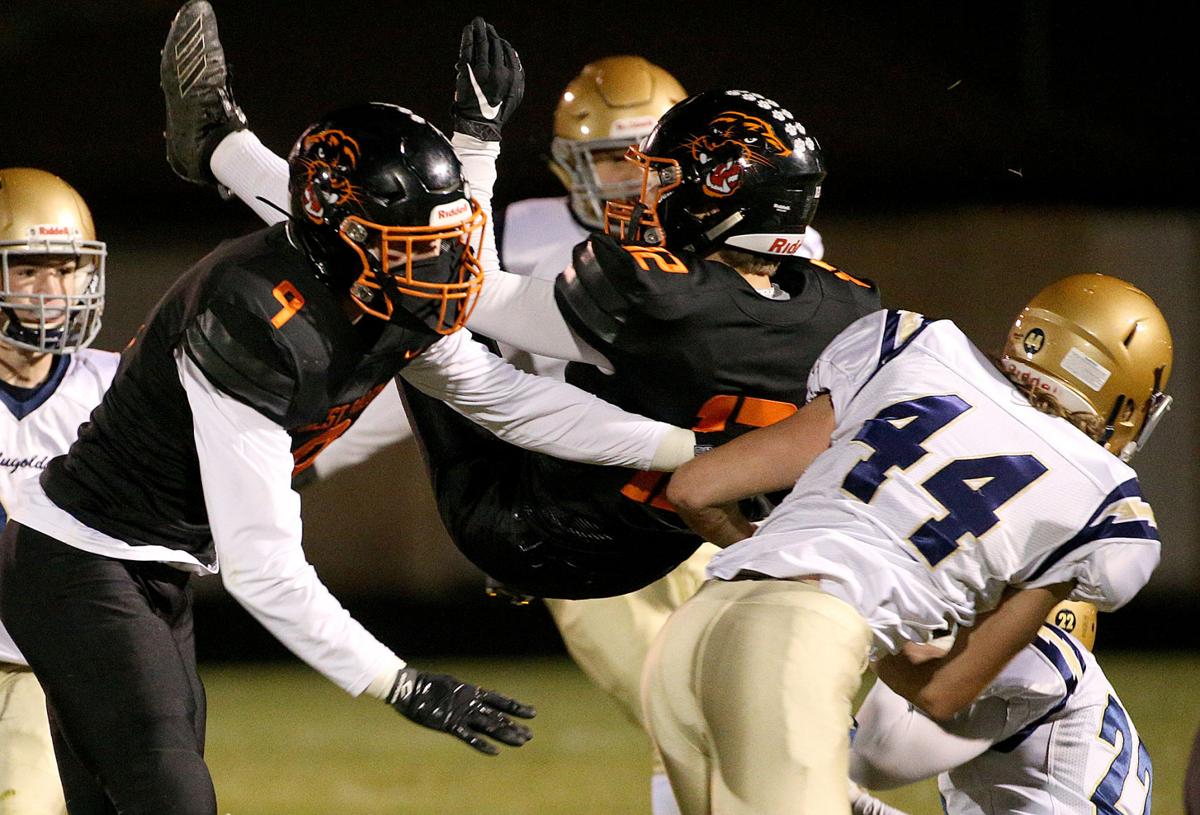 West Salem knew that to be the case and spent the week zeroed in on what it could do about it. Putting pressure on quarterback Jackson Flottmeyer was a possible path to victory for the Panthers, and it was the path they chose.

The more time Flottmeyer spent running from defenders and looking for second and third choices when he dropped back or rolled out, West Salem's chances improved.

And while sophomore Luke Noel scored three touchdowns, and West Salem's offensive line was extraordinary in the second half, that pressure is what led to a 22-6 victory for the Panthers.

When Flottmeyer zigged, the Panthers zigged with him. When he zagged, they did that, too. He was never able to consistently escape them.

"As the game progressed, we definitely stepped it up with the pressure," said 6-foot-5, 280-pound West Salem senior Nathan Gribble, who made a couple of stops behind the line of scrimmage. "We had to make (Flottmeyer) uncomfortable and not let him sit in the pocket for five seconds."

Flottmeyer, who completed 63 percent of his passes in the first three games, was just 9-for-20. He passed for 96 yards, but 48 of them came on a pass to Quinn Miskowski on an empty drive in the second quarter.

He completed a fourth-down touchdown pass to Aiden Lee in the first quarter, but Flottmeyer was intercepted twice, and his team failed on its next four attempts on fourth down.

He was on the run while looking for a receiver on two of those snaps. The Panthers (2-1) denied both chances with heavy coverage on the intended target.

That coverage was set up by juniors Zack Niemeier and Jack Hehli with the help of what the defensive linemen and linebackers were doing in front of them.

"We made sure we had the ends going off and blitzes coming off," said Niemeier, who knocked down one of Flottmeyer's fourth-down passes at the goal line in the third quarter and intercepted a pass in the fourth. "That didn't give him the time he needed to go deep very often or throw the ball the way he wanted to."

Hehli also intercepted a Flottmeyer pass to stop an Aquinas drive at West Salem's 9-yard line in the third quarter.

"That pressure, it was really coming," said Aquinas coach Tom Lee, whose team came in averaging 43.3 points per game. "I think our lineman depth, a little bit, came back to bite us.

"We were trying our best to protect him — kept extra backs in for protection — but they were still able to get him off his mark."

The Panthers also came up big during an attempted fake punt in the third quarter. Flottmeyer's pass up the middle of the field in that play missed after precious time was lost during the search for a receiver.

"We ran a lot of things tonight," West Salem senior Adam Gorski said. "We had a lot of bumps on (Miskowski) to slow him down, we made sure we covered well in the flats, and our middle linebackers did a good job of keeping the pressure consistent in the box and rolling out."

The Blugolds had 22 plays either go for zero or negative yards, and the Panthers made another big play when Reid Rasmussen and Gorski sacked Flottmeyer on a third-and-13 snap from the West Salem 13 in the second quarter.

"It started with our box players, and we really got after them," West Salem coach Justin Jehn said. "We got him out of the pocket, which was important.

"He's a dynamic thrower, and it gets tougher to make throws when you are on the move, so that's what we tried to force."

Sports editor Todd Sommerfeldt can be reached at podd.sommerfeldt@lee.net or via Twitter @SommerfeldtLAX