HOLMEN — Isaac Stuessel was a disruption from the start, and that was a bad thing for the Holmen High School football team on Friday.

The Vikings spent most of the fourth quarter trying to battle back from an 18-point deficit, and their last crack at maintaining an unbeaten MVC record came down to a fourth-and-20 play from Sparta’s 26-yard line with 13.9 seconds on the clock.

“I asked the coaches if I could go (after quarterback Cameron Weber),” Stuessel said. “We had another player on the field in the secondary to play it safe, and I wanted to go after him.”

Stuessel had two shots at Weber, and Weber escaped the first one. But there was so much defensive pressure that Weber couldn’t escape him a second time.

When Stuessel dragged Weber to the ground with a couple of ticks left on the clock, the Spartans secured a 25-20 at Empire Stadium, a place they hadn’t won since 2007.

The victory kept Sparta (7-1, 5-1) in the running for its first MVC championship, but it needs some help from the team it just beat to make that happen.

But as well as Sparta played in earning a second straight win over Holmen, the Vikings were burned by too many mistakes.

Holmen controlled the clock — it had the ball more than 10 minutes longer than the Spartans — and did what it wanted to do with a triple-option attack that rolled up 271 rushing yards and gained 25 first downs.

Three lost fumbles were the key, and Stuessel got in on that act, too, by returning one of them for a touchdown in the third quarter.

“We were driving the ball right down the field,” Holmen coach Travis Kowalski said. “We got inside the 20 right away and lost it. Then, they had the scoop-and-score. They made plays.”

Holmen ran 71 plays to Sparta’s 43, but the fumbles were too much to overcome.

The first was at Sparta’s 17-yard line on the opening drive. Sparta quarterback Cole Wisniewski made it a big recovery immediately by running 45 yards on first down. He added a 30-yard run and eventually scored from the 4 to give the Spartans the early lead.

The second fumble came after a 15-yard pass from Weber to Isaac Elsen that moved the ball to the Sparta 11. Elsen only had the ball for a split second before it came loose and shot into the end zone, where Wisniewski recovered it for a touchback.

The last came 32 seconds after the Spartans took a 12-7 lead and was returned 35 yards by Stuessel, who quickly gave his team an 18-7 lead.

“I thought about falling on it, but I decided to go for it,” Stuessel said. “I had to make sure I picked it up (clean). “I’m not the fastest guy, especially compared to these Holmen guys, but we got the touchdown.”

The Vikings didn’t have the same chances to make big plays, but they did a great job of moving the ball within their offense. They ran it the way they expected, and Weber even completed a few passes again.

But they couldn’t escape the turnovers, and Sparta — a team that thrives on making big plays — made them pay.

“This team (Holmen) hadn’t been scored on the last three weeks,” Wisniewski said. “We put up 25 with a defensive score and three touchdowns from our offense.

“That’s what we need going into the playoffs. This gives us a lot of momentum moving forward.”

Wisniewski rushed for 105 yards — Nick Kent’s 107 led the team — and completed just 1 of 3 pass attempts for 2 yards. Kent ran hard, and Corbin Hauser added a 31-yard TD run in the third to hand Holmen a 25-7 deficit going to the fourth quarter.

The fourth-quarter comeback by the Vikings was something to see, but the final two possessions were stopped by the Spartans. 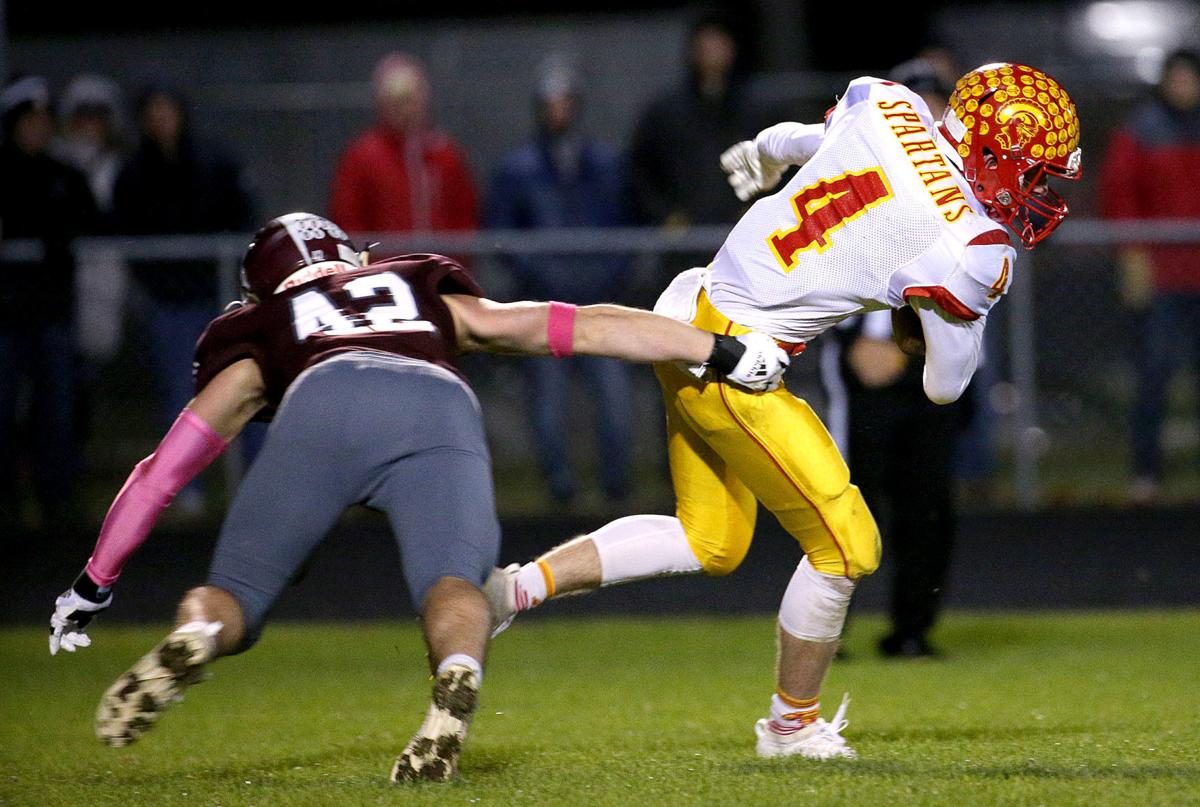 Holmen's Sam Barnett attempts to tackle Sparta's Adam McKee during the first half of Friday's game at Empire Stadium in Holmen. The Spartans won 25-20. 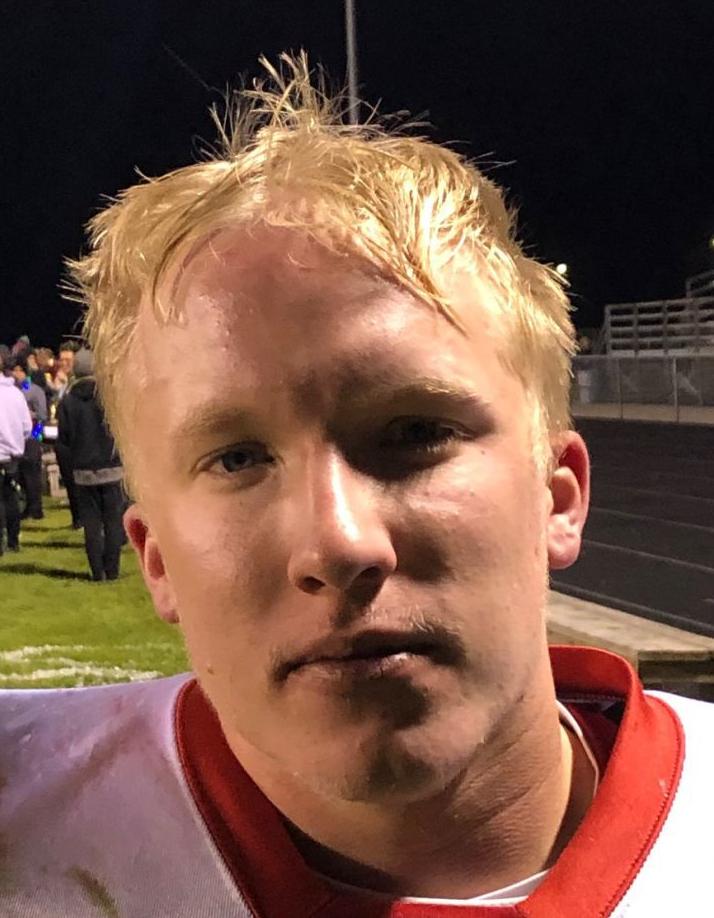