A snowy and muddy field in Hartford seemed to lend itself to success for the triple-option attack of the Vikings as they tried to knock off the top-seeded and pass-happy Orioles.

The Hartford area received six inches of snow over the past week, and more fell during Friday night's WIAA Division 2 second-round game, but that never ended up helping fifth-seeded Holmen in its upset bid.

The Vikings offense could never find its footing, both literally and figuratively, as they managed just 24 total yards in falling to Hartford 26-0 at Dillon Stadium.

It was apparent that the Vikings were struggling with the conditions.

The field was more mud than grass. And the results weren't pretty.

The Vikings (7-4) finished with three first downs on the night and put the ball on the ground five times, losing two of them. Three of those five fumbles came in the first half and were the result in dropped pitches to the outside, which is a staple in the Holmen offense.

Neither team could throw the ball.

Holmen was 0-for-8 with an interception while Hartford -- which came in with one of the top passing attacks in the state, having thrown for over 2,500 yards and 26 touchdowns -- completed 4 of 9 passes for 23 yards. That's why one might think the advantage would be to Holmen, but the Vikings just couldn't find it offensively.

"They have a really good defense and a lot of good players," running back Brett Holden said. "They brought it tonight. Obviously we didn't play our best game, and it's not how we wanted to end our season, but it is what it is. Give credit to the other guys. They played a great game."

It was a perfect start for the Vikings, who registered a sack on third-and-long during the opening possession. The ensuing snap of the punt was then bobbled and the Vikings took over inside the Hartford red zone.

After a first-down run by Jaedon Abraham, the Vikings had first-and-goal at the 8 and appeared poised to take the lead. But a false start backed them up and forced them to attempt a field goal. The snap was fumbled, and Holmen ended up losing 31 yards on the play.

"We had the ball first down there, Kowalski said. "If we could have punched it in there, it gets a little bit different momentum."

The Holmen defense put together a valiant effort, forcing three turnovers (two interceptions and a fumble), as well as a turnover on downs, but eventually, Hartford (11-0) just wore them down.

"Our defense kept making plays for us and give us opportunities," Holden said. "But we just let them down tonight."

The Orioles scored before the half on an AJ Pepin 1-yard touchdown to take a 7-0 halftime lead. But the back breaker came midway through the third quarter on a third-and-1 when it appeared the Vikings had someone right in the hole to make a play, but Pepin avoided him before taking it 54 yards for the score to make it 14-0.

Pepin was the star of the night, finishing with 181 yards rushing and three touchdowns on 28 carries.

"We knew they had big guys up front and law of averages wins when that stuff happens," Kowalski said. "You lean on guys long enough and eventually you can find a crease."

It didn't end the way they wanted it too, but at the end Kowalski was still proud of the effort the Vikings gave.

"It was tough sledding tonight and definitely not one of my finest nights offensively," Kowalski said. "But our kids played hard and gave it everything they had." 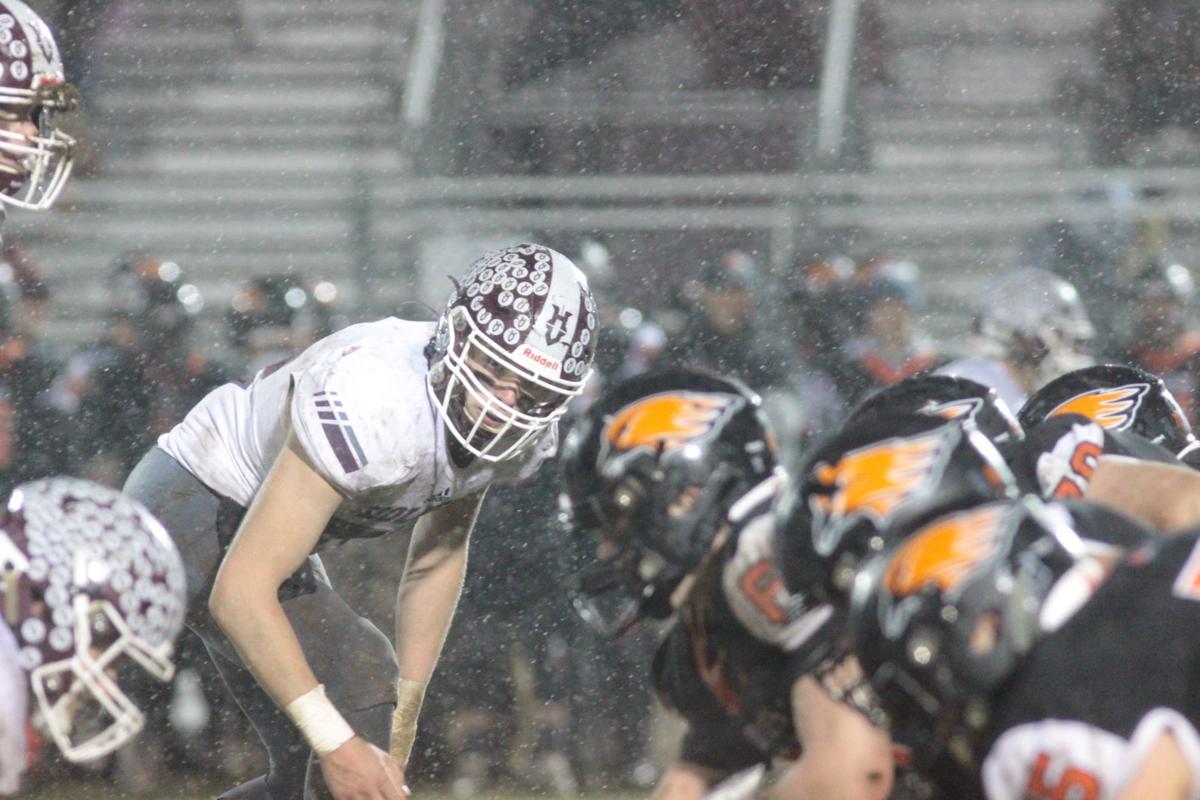 Holmen's Drake Schams readies himself before a play on Friday night. 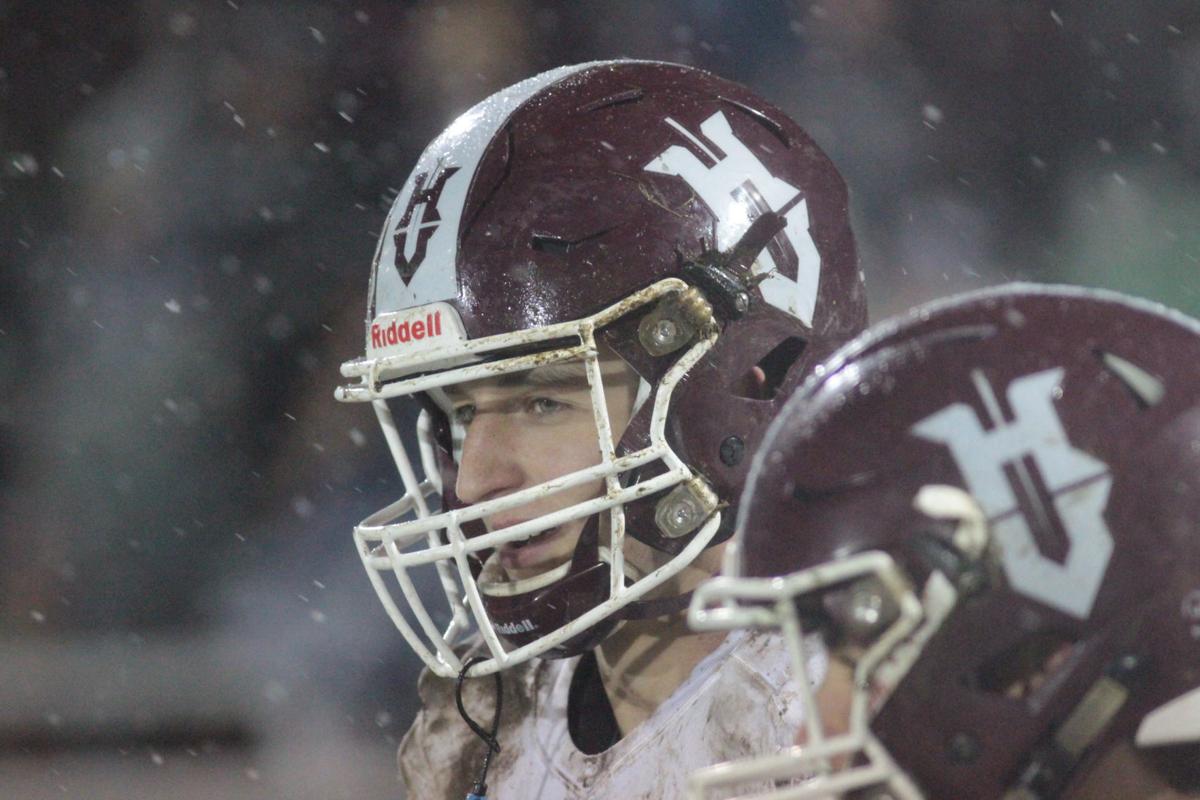 Holmen's Ryland Wall looks on during the final moments of Friday night's game. 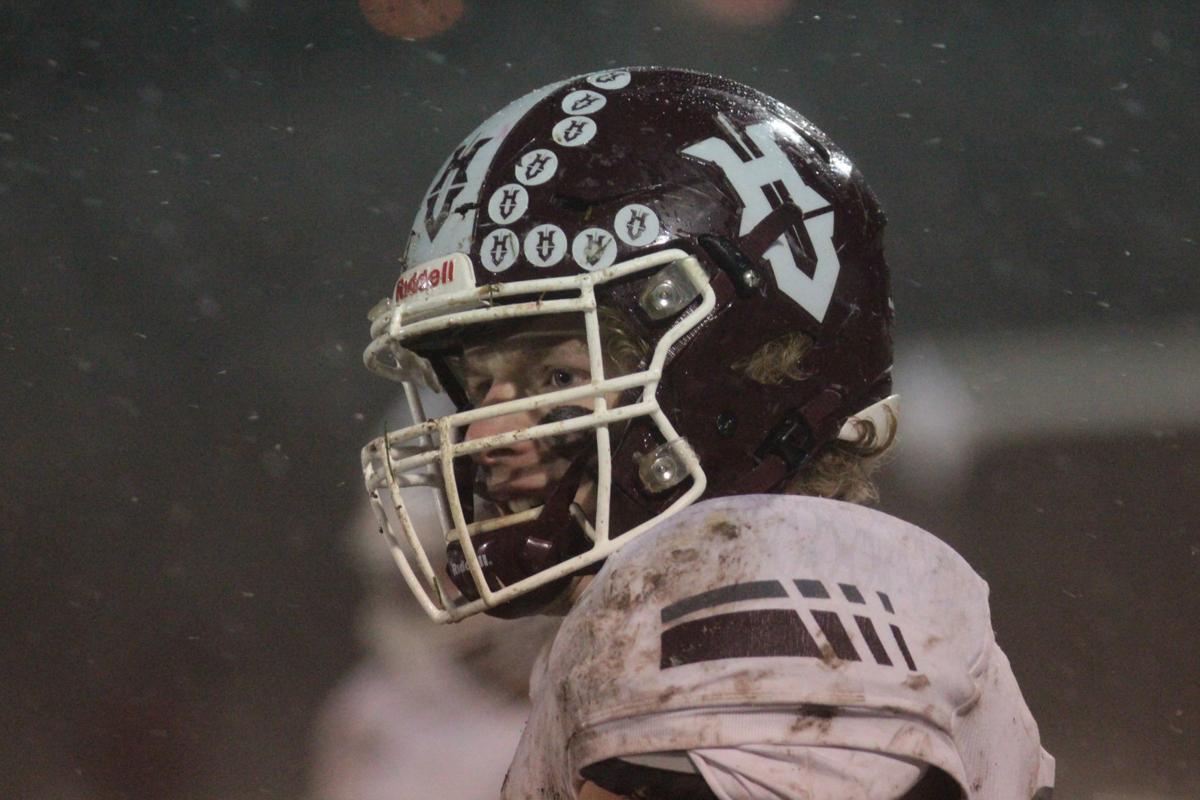 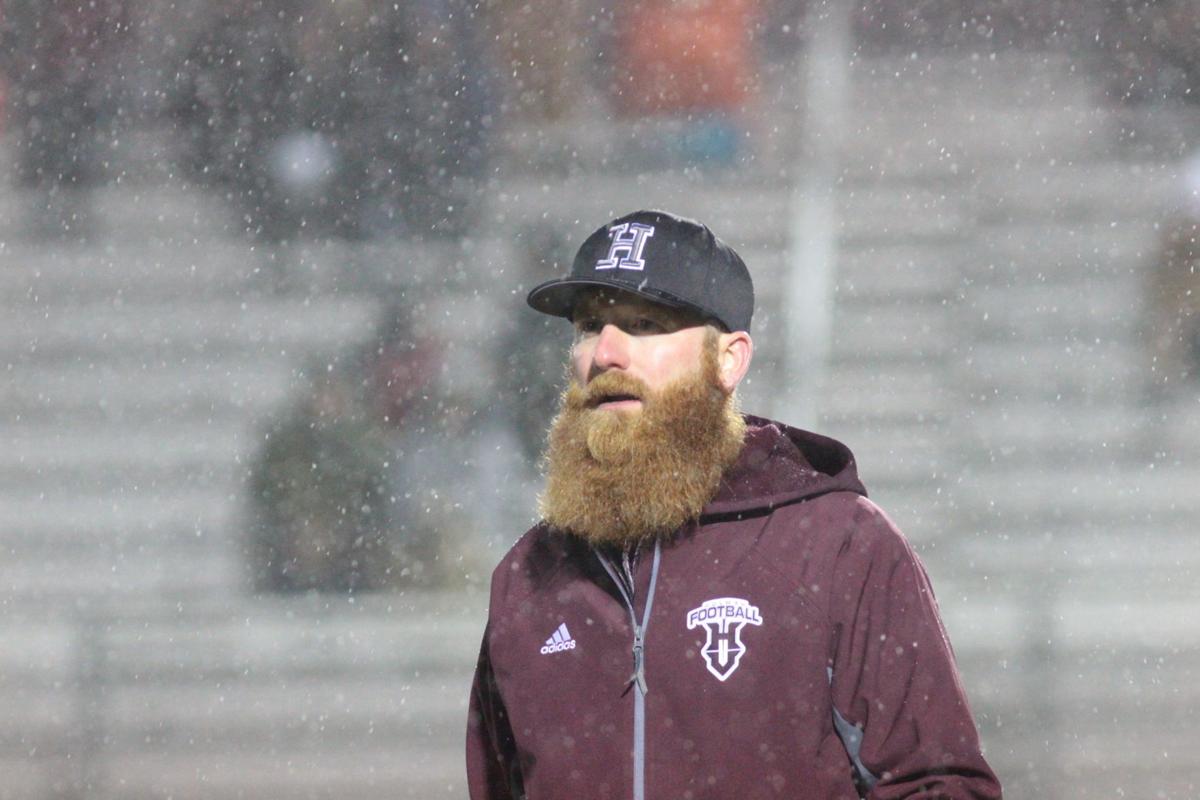 Holmen High School football coach Travis Kowalski walks to the sidelines before Friday night's game against Hartford. The Vikings saw their season with a 26-0 defeat.