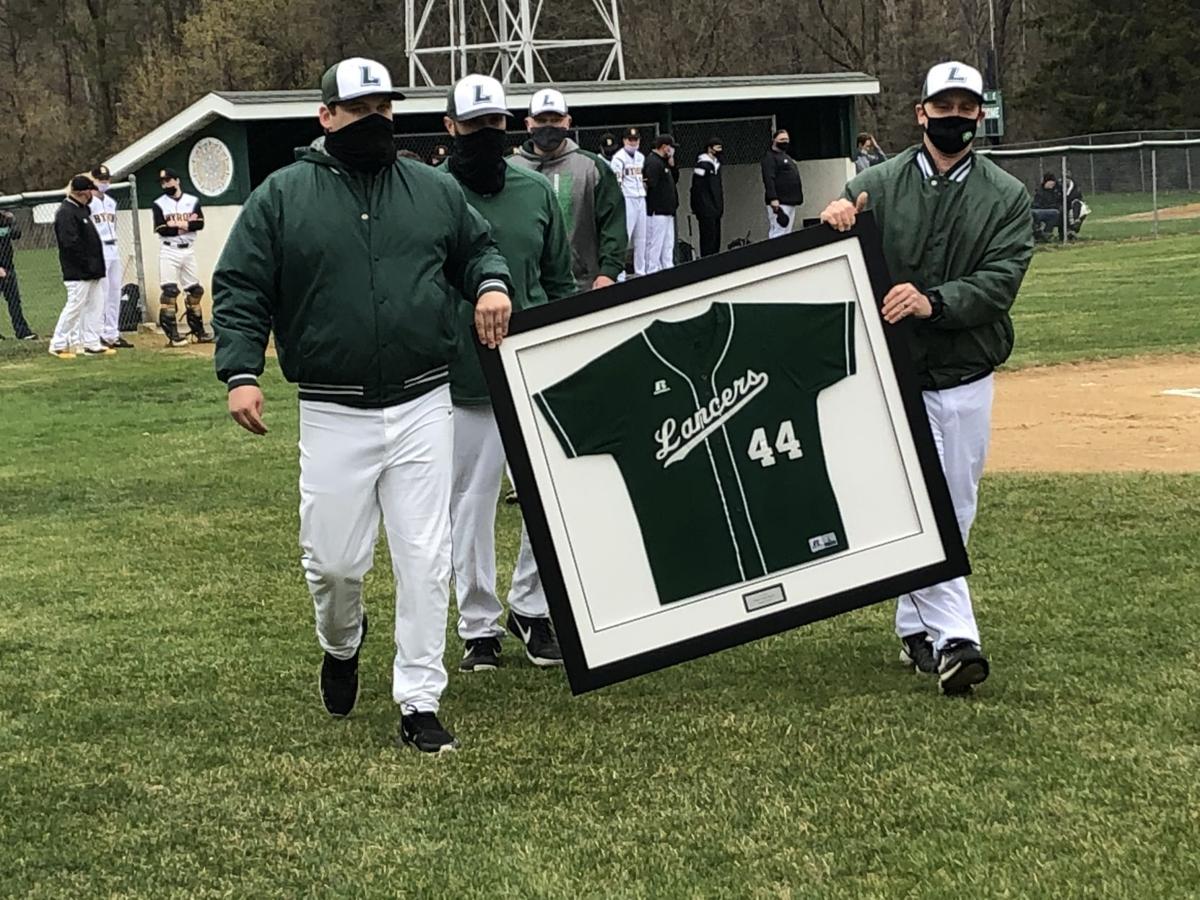 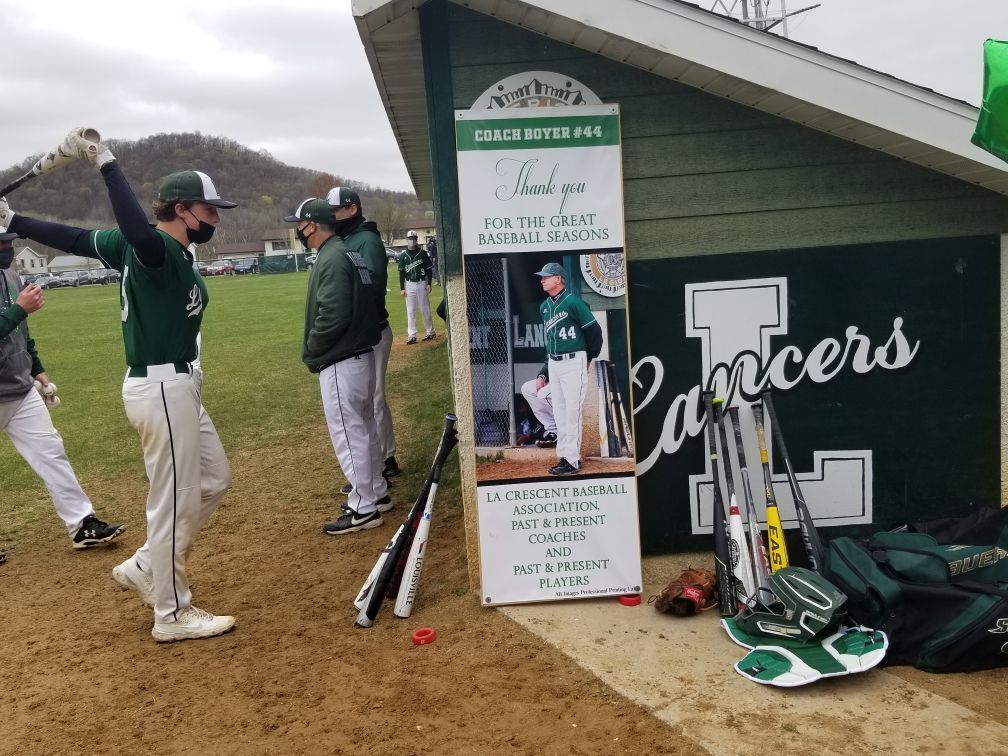 Players and coaches for the La Crescent-Hokah High School baseball team get ready to honor former coach Rick Boyer and play Byron in the first game of the season Saturday at George Horihan Field.

LA CRESCENT — There were balloons, signs and a big photo and banner that went with speeches to read and important words to say about cherished person at George Horihan Field on Saturday afternoon.

But there was also plenty of room for puffy eyes, tears, hugs and smiles during a significant day in La Crescent, Minn. Baseball season was starting, and it was only right that it began with Rick Boyer.

Everyone in attendance at Saturday’s planned ceremony — spectators, players and coaches — knew that the Lancers would play this season without Boyer when he retired after 45 seasons as part of the team’s leadership.

But none of them anticipated playing their next season without Boyer.

That only became a jarring reality when he died in his sleep at the age of 68 more than one month ago. Until that moment, he was still an assumed fixture — no different than the rest of his life — at Horihan Field.

No one was ready for the steps taken Saturday to honor Boyer, but they were necessary within the situation. If anyone deserved some extra time dedicated to what he did for his community, he was the appropriate subject.

Because Boyer was always willing to provide whatever time anyone around him needed for anything, whether it was baseball, hunting, fishing or ... just life. It was easy to find people talk about those sides of Boyer after his death, but they were happy to discuss them before it, too.

Boyer’s family and friends valued him as much as he valued them, which was a lot and very apparent to anyone engaged in any interaction with him.

That much was clear when considering the crowd of people on hand. It took up most of the bleachers behind home plate and trickled over to the front of the concession stand. It followed behind the Lancers’ dugout and along the fence down right field.

The program and family feeling that surrounds it provided the opportunity to shed more light on the things their former coach had done and provide another chance to people to who knew him to talk about many of these aspects of the former coach before another time.

This time happened to be the first the Lancers — opening up against Byron — competed under the guidance coach Ryan Niedfeldt for the first time.

Niedfeldt, the team’s third head coach — following Horihan and Boyer, who amassed 730 victories between them — since the start of the 1974 season, was officially ushered to his new spot in the third-base coaching box by Rick’s wife, Sue, during the middle of the ceremony.

It was from there that Niedfeldt and his staff unveiled a retired green team jersey with Boyer’s No. 44 on it. Later, a light tower in right field was revealed to have a large baseball on it with Boyer’s name and number, too.

Sue and Aaron, Rick’s son, were also afforded the opportunity to throw out ceremonial first pitches with a large chunk of their family on the field with them.

It was apparent through Saturday’s plans that Boyer may be gone, but he will never be forgotten.

Longtime La Crescent-Hokah High School baseball coach Rick Boyer has died. Here are scenes from recent years on the field. He was the Lancers' head coach for 17 seasons and amassed a 326-143 record. He spent the 28 previous seasons as an assistant coach.

La Crescent-Hokah baseball coach Rick Boyer took the Lancers to the state tournament five times, and they won the Class AA championship in 2009.

La Crescent High School baseball coach Rick Boyer watches the action on the field from near his team’s dugout during a game this season. Boyer…

Rick Boyer is a baseball man at heart. The 63-year-old Boyer has coached the La Crescent High School baseball team for years, and even spent t…

The Lancers, including head coach Rick Boyer head to the mound to talk with pitcher Austin DeBoer after a series of walks Saturday during a ga…

Rick Boyer has been a pillar in Coulee Region baseball for decades before passing away on Monday. Here is a look at some of what he accomplish…

La Crescent head coach Rick Boyer looks on as the Lancers take down Dover-Eyota on Monday, May 26, 2014, during the MSHSL Section 1AA East cha…

Elsewhere, Central, Logan and Bangor competed in a WIAA sectional.

HOLMEN — A tight game got out of control in a hurry when the Onalaska High School baseball team beat Holmen 14-1 on Thursday.

The Cardinals pieced together a 14-play, 75-yard scoring drive in the final minutes and left only 18 seconds on the clock.

Local sports schedule for Thursday, May 6.

Local sports schedule for Saturday, May 1.

ONALASKA — The Holmen High School boys golf team made a big jump in winning an MVC meet at the Golf Club at Cedar Creek on Wednesday.

Players and coaches for the La Crescent-Hokah High School baseball team get ready to honor former coach Rick Boyer and play Byron in the first game of the season Saturday at George Horihan Field. 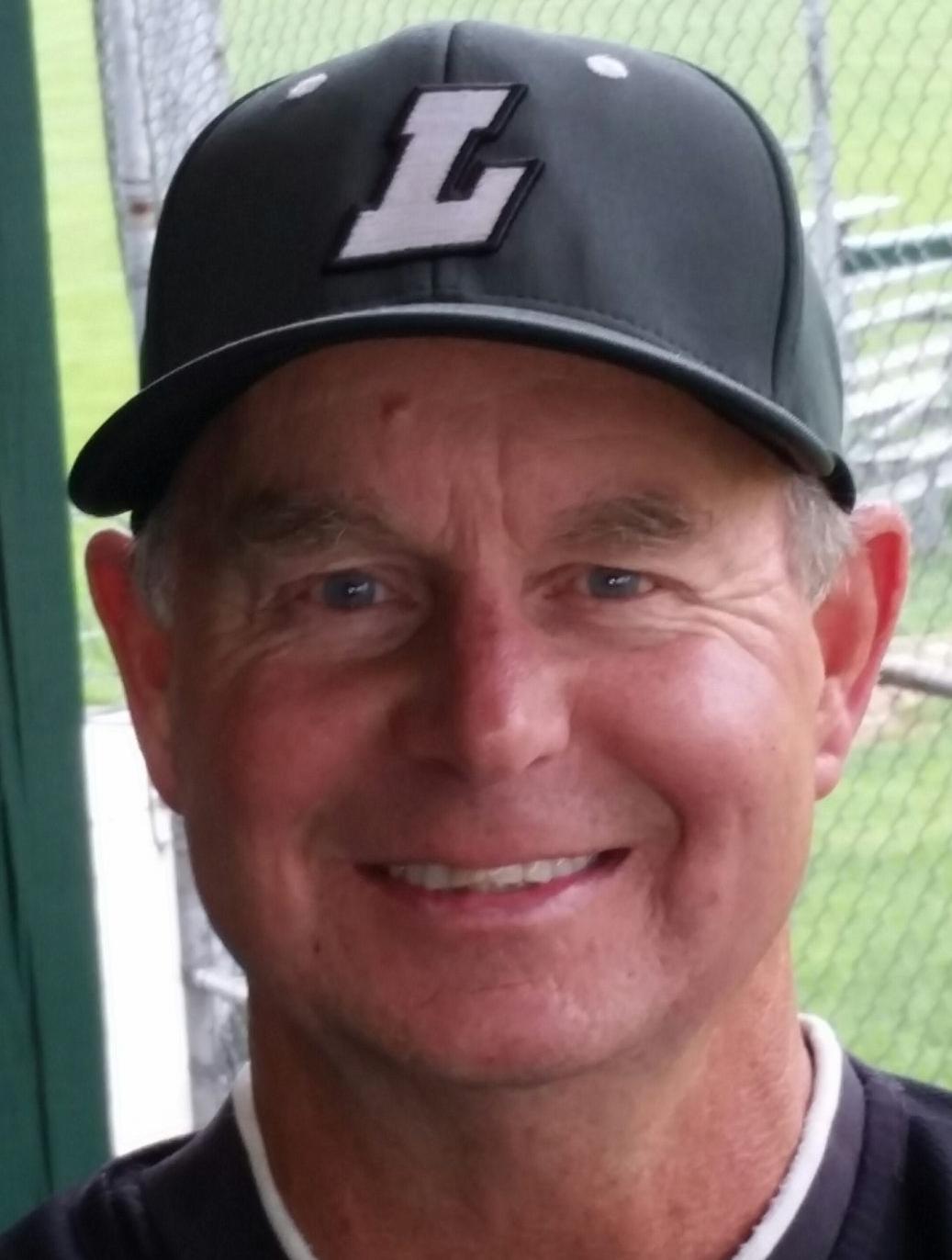