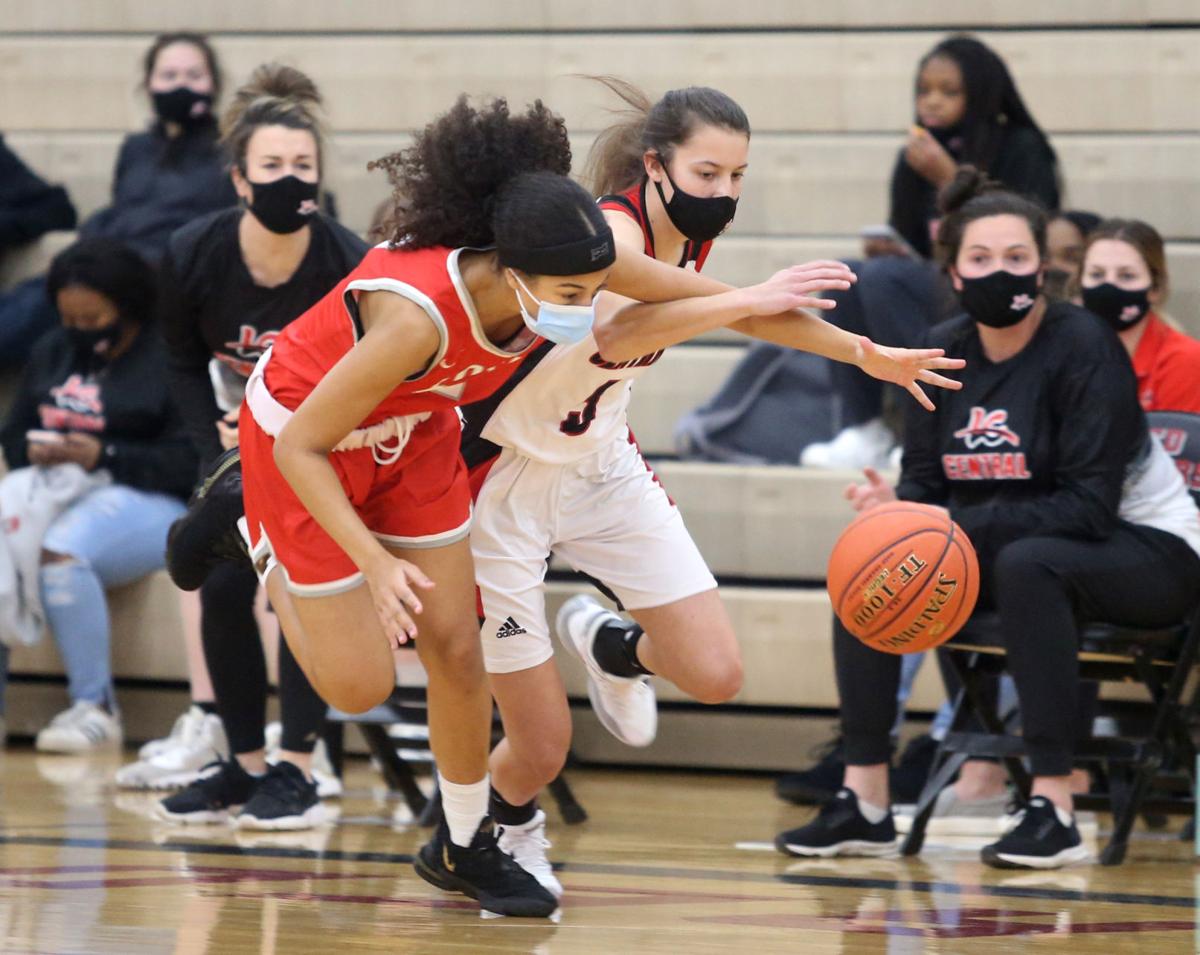 Central's Brittney Mislivecek and Logan's Aaliyah Hamilton scramble for a loose ball near midcourt during the first half of Thursday's rivalry game. 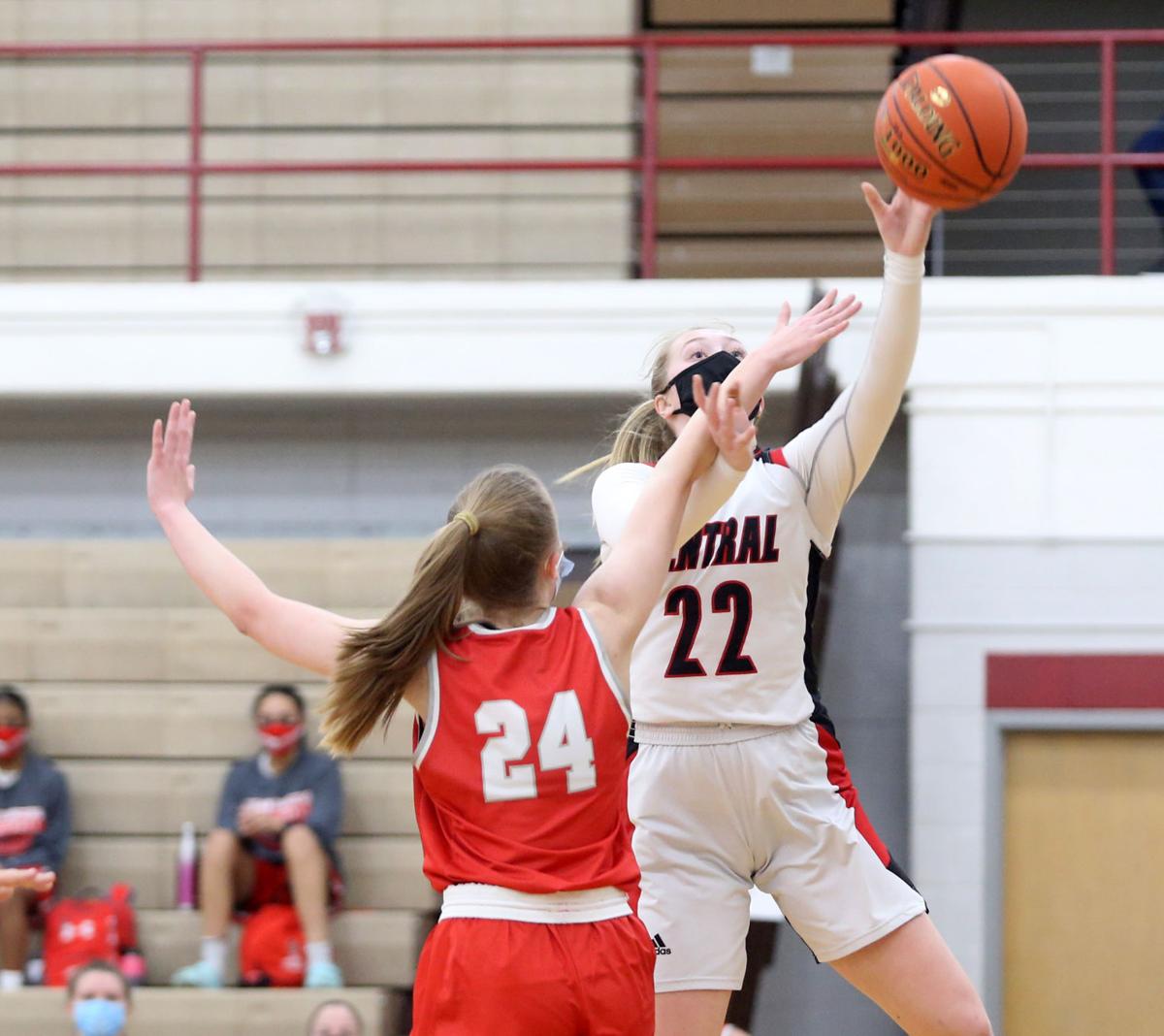 Central's Cora Hansen finishes a with a layup at the basket as Logan's Greta Vianden tries to defend.

As the Central High School girls basketball team got comfortable, its success grew.

That added up to a 60-33 win over Logan in its first game of the season at the Mark Sutton Memorial Gymnasium on Thursday.

Central didn't light up the Rangers until midway through the second half, but when they got started Logan couldn't do anything to stop them.

"I think, maybe, we had some jitters in the first half," Central coach Quartell Roberson said. "The second half was more team basketball and locking in on (defense).

"The energy level is also different when we wear these masks, but I rhink we figured some things out later in the game."

The Rangers were held to one field goal inside the 3-point line in the first half, but Central wasn't able to take advantage of the defensive performance and led just 26-22 going to the second half.

Logan used three 3-pointers -- two by freshman Aaliyah Hamilton -- to hang with Central, which had trouble finishing possessions. The Red Raiders didn't shoot particularly well in the lane and had too many turnovers to pull away.

Twelve of Logan's 22 points were scored by freshmen. Hamilton had eight and Adrianna Lien four as the Rangers hung close with 11 free throws in addition to the perimeter shots.

"One thing we know is that Logan is going to be physical," Roberson said. "We knew they wanted to get the ball inside, and Cora Hansen is our main post player and was up to that challenge.

"I thought she really dug in early in the game, and we got some great help-side that gave us some tips, so I thought that was great."

The initial Central run came after Lien scored to get the Rangers within 31-24. Senior Aaliyah Bowman, sophomore Sienna Torgerud, junior Lily Wehrs and Hansen provided baskets during the 8-0 run that produced a 39-24 advantage.

Wehrs assisted on hoops by Bowman and Hansen and scored her basket on a putback.

The second run was filled with steals and transition baskets as the Rangers struggled with ball control.

Bowman made a quick impact in a larger role both offensively and defensively. She was a big part of the interior defensive performance and a force as a rebounder.

"We hadn't played an official game since last February, and this is a new team," Roberson said. "We have some players back, but a lot of them played (specific) roles.

"Some of the girls in those roles really played well tonight."

16: Game-high points for Central sophomore Brittney Mislivecek, who had 10 in the second half

16: Consecutive points scored by Central before Adrianna Lien scored in the final seconds for Logan

1: Baskets inside the 3-point line for Logan in the first half

The senior pitcher threw a complete-game, four-hit shutout and also drove in all four of the RiverHawks' runs.

Central's Brittney Mislivecek and Logan's Aaliyah Hamilton scramble for a loose ball near midcourt during the first half of Thursday's rivalry game.

Central's Cora Hansen finishes a with a layup at the basket as Logan's Greta Vianden tries to defend. 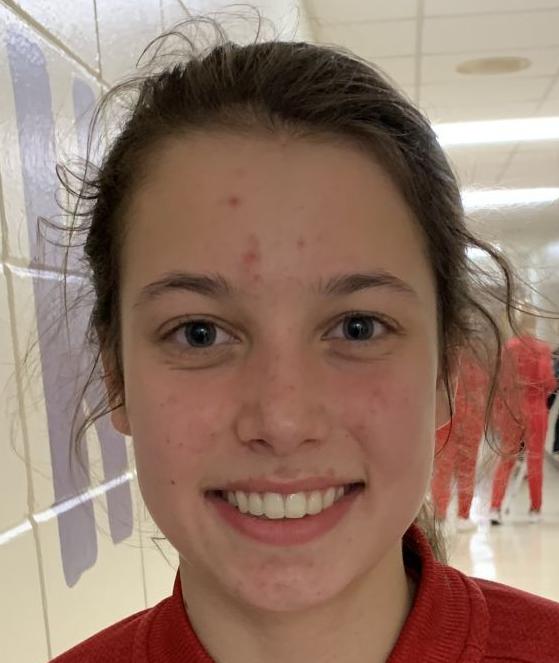