However, the real spotlight — and its accompanying heat — lies ahead.

The Onalaska co-op tuned up for its big regular-season finale and next week’s opening round of the WIAA Division 1 playoffs with a lopsided 13-1 victory over the Viroqua co-op at the OmniCenter.

The victory pushed the streaking Hilltoppers, winners of 15 consecutive games, to 20-2-1 on the season. The Viroqua co-op, which allowed its most goals in a single game this season, fell to 4-15-1.

“We knew it was going to be an opportunity to play a lot of younger guys and get them some experience. We told our older guys, our top guys, go out and play hard initially because then you are probably not going to see the ice late,” said Onalaska coach Tim Franzini said, whose team led 6-0 after the first period and 12-0 after the second.

“We were going to give the opportunity to the younger players. You kind of use it for building down the road, building for next season.”

And to keep the late-season momentum rolling on what has been a red-hot streak for the Onalaska co-op.

The Hilltoppers have not lost since a 6-5 setback to Sun Prairie on Dec. 21. Franzini, who is in his second stint as the program’s head coach, knows Saturday’s regular-season-ending matchup with University School of Milwaukee will be a better measuring stick of where his team is at.

A team that received the No. 4 seed in next week’s sectional tournament and faces No. 13 seed Aquinas co-op at 7 p.m. Tuesday, Feb. 18.

“We like to see these games as preparation games, you know, as obviously the competition isn’t as great. We go through all the warm-ups and the stretches like it is a big game,” said Onalaska co-op senior Carter Stobb, who scored two goals, his 38th and 39th goals of the season, and added an assist against Viroqua to pushed his point total to 63.

Franzini, who previously coached Onalaska from 1986-2004, knew he was walking into a very good situation when taking over for Tim Ebner, who stepped down after last season. The team, he said, has been focused and hungry.

That was obvious from the start on Tuesday, as Onalaska scored twice in the first 138 seconds and had a 3-0 lead before 4 minutes had ticked off the clock.

“We’ve got a lot of depth, a lot of balance. Some of our questionable areas, we have steadily gotten better,” said Franzini, who also has coached the Aquinas co-op boys and Onalaska co-op girls hockey teams.

“I think we can score with anyone, I think we have shown that. We have gotten better defensively, our goaltenders have slowly improved and things have just kind of come together. The team, they have been super. Great kids to be around, they want to get better.”

There is no questioning the team’s explosiveness, Franzini said, as a six-goal second period iced the contest. Jordan Degaetano, a junior forward who had two goals and an assist in the opening period, added another assist in the second for a four-point night.

“We knew we had a lot of skill guys on the team. It is just a matter of using each other and depending on your linemates and just having trust in them on the ice,” said Degaetano, who has 17 goals and 19 assists on the season.

“It is nice to go on the ice and know I can give the puck to whomever and it will come back to me if I am open. We all have a good bond together. It is awesome. We all know each other really well and on the ice it is like we just want to give each other the puck as we are all friends.”

That bond will be tested against University School of Milwaukee, a team that has been among the top five ranked teams in several polls all season. A team that ended the Onalaska co-op’s season a year ago at the state tournament.

“We are going to use that game to get better, and it is great preparation to get ready for the playoffs,” Franzini said of Saturday’s game against University School of Milwaukee, which will be played at the OmniCenter.

“Come playoff time, it is one and done, so we know we are going to have a tough road to hoe. We will be ready to play University School.”

42: Shots on goal for Onalaska, compared to 7 for the Blackhawks

2: Assists for Degaetano and Mark Richter

High school boys basketball: What happened the last time La Crosse Central and Onalaska met, and what to expect in Round 2 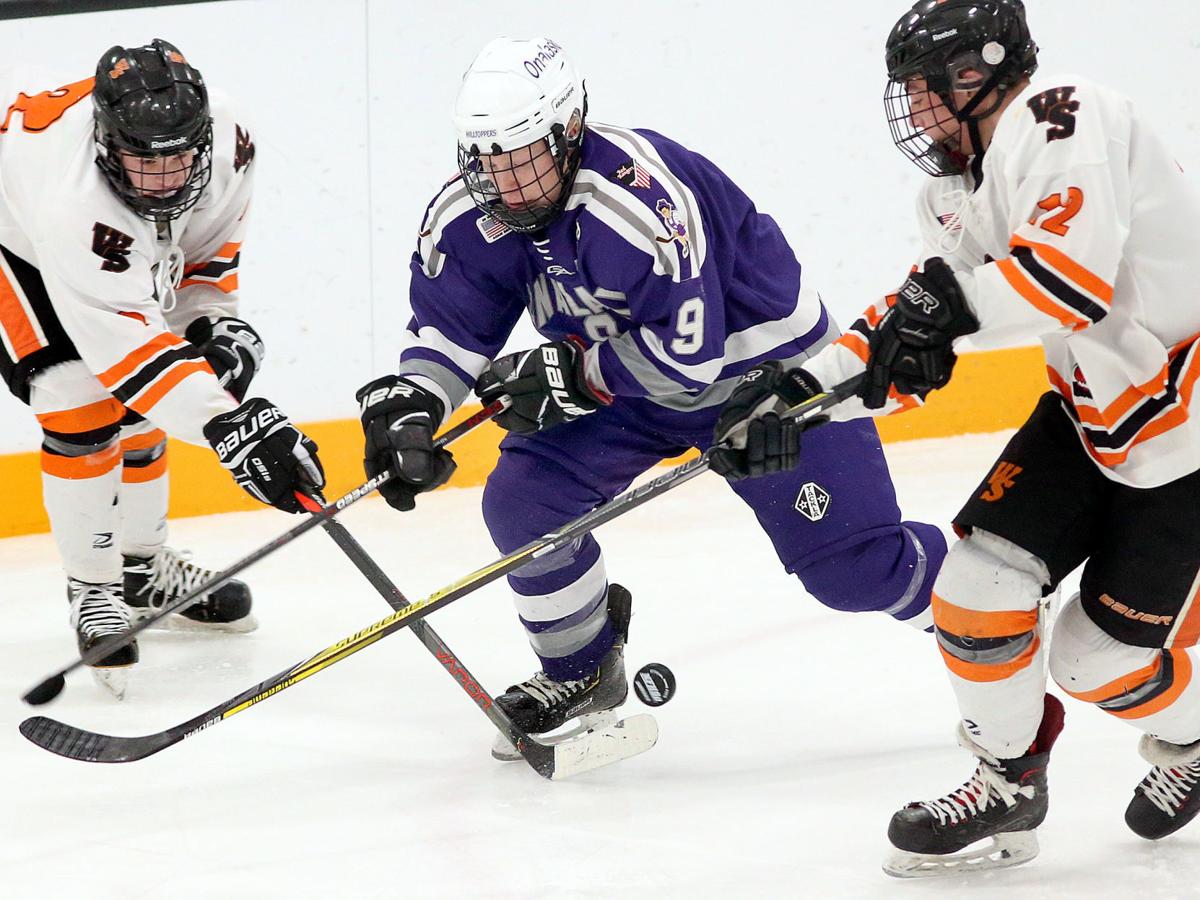 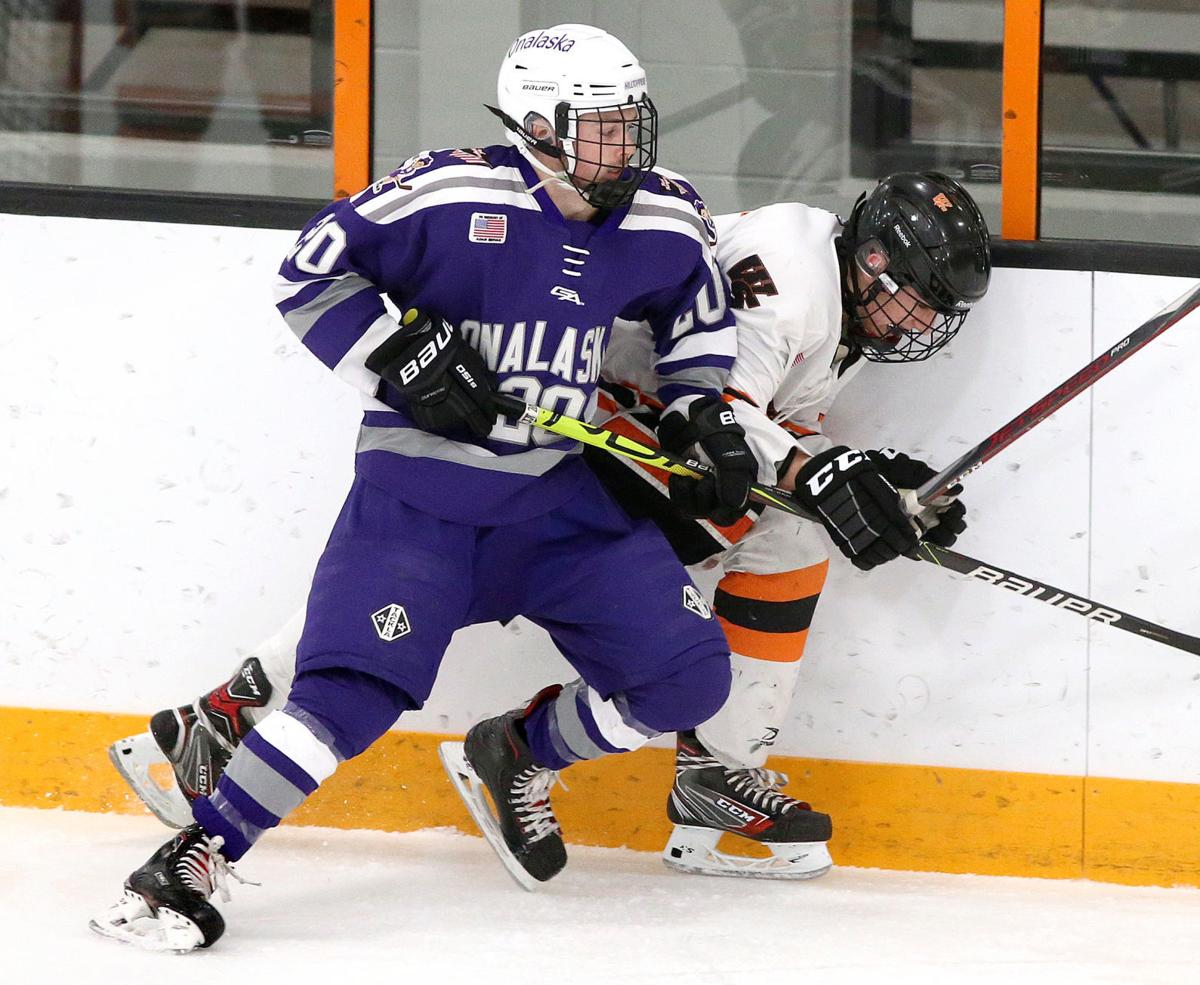 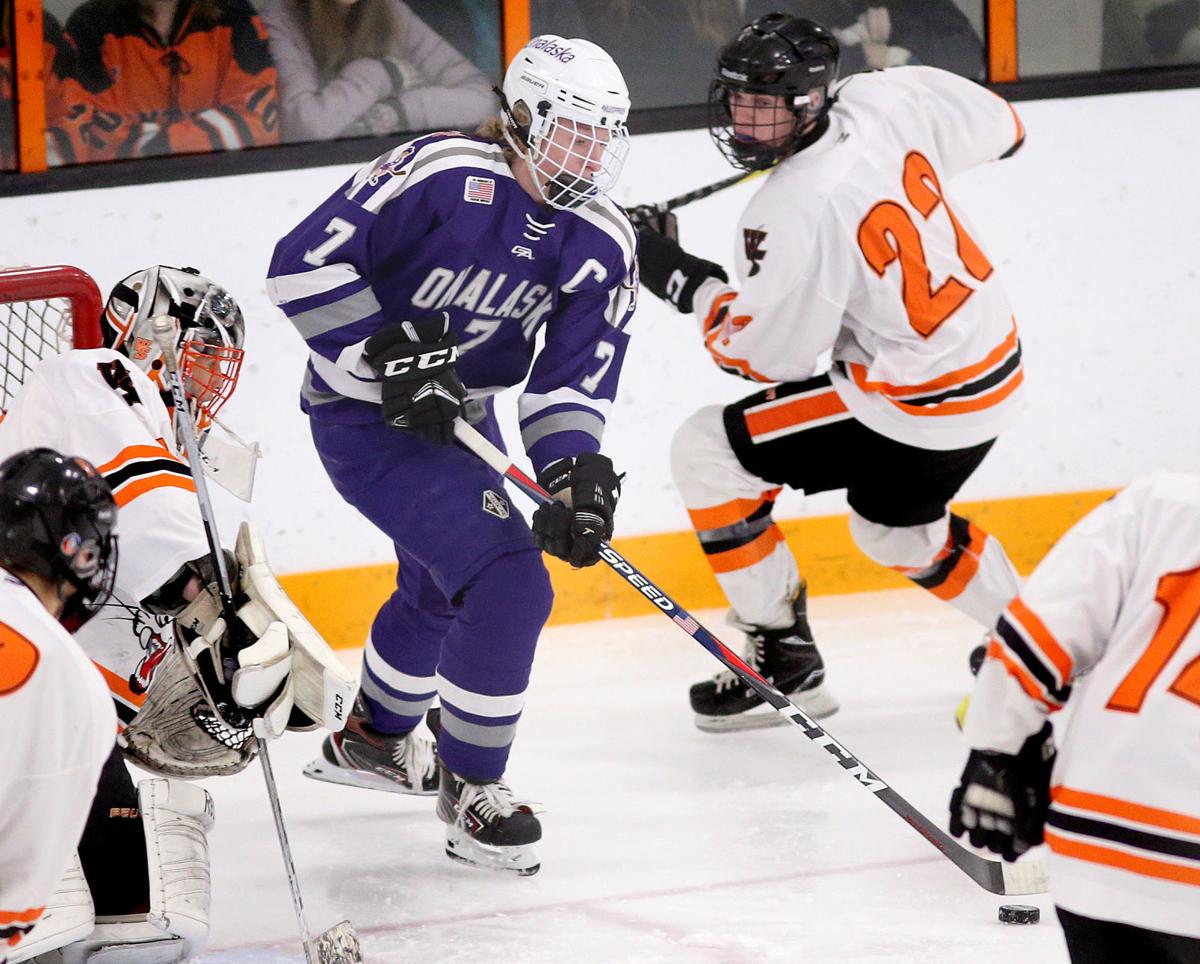 Onalaska's Tommy Duren skates the puck into the West salem crease for Onalaska. 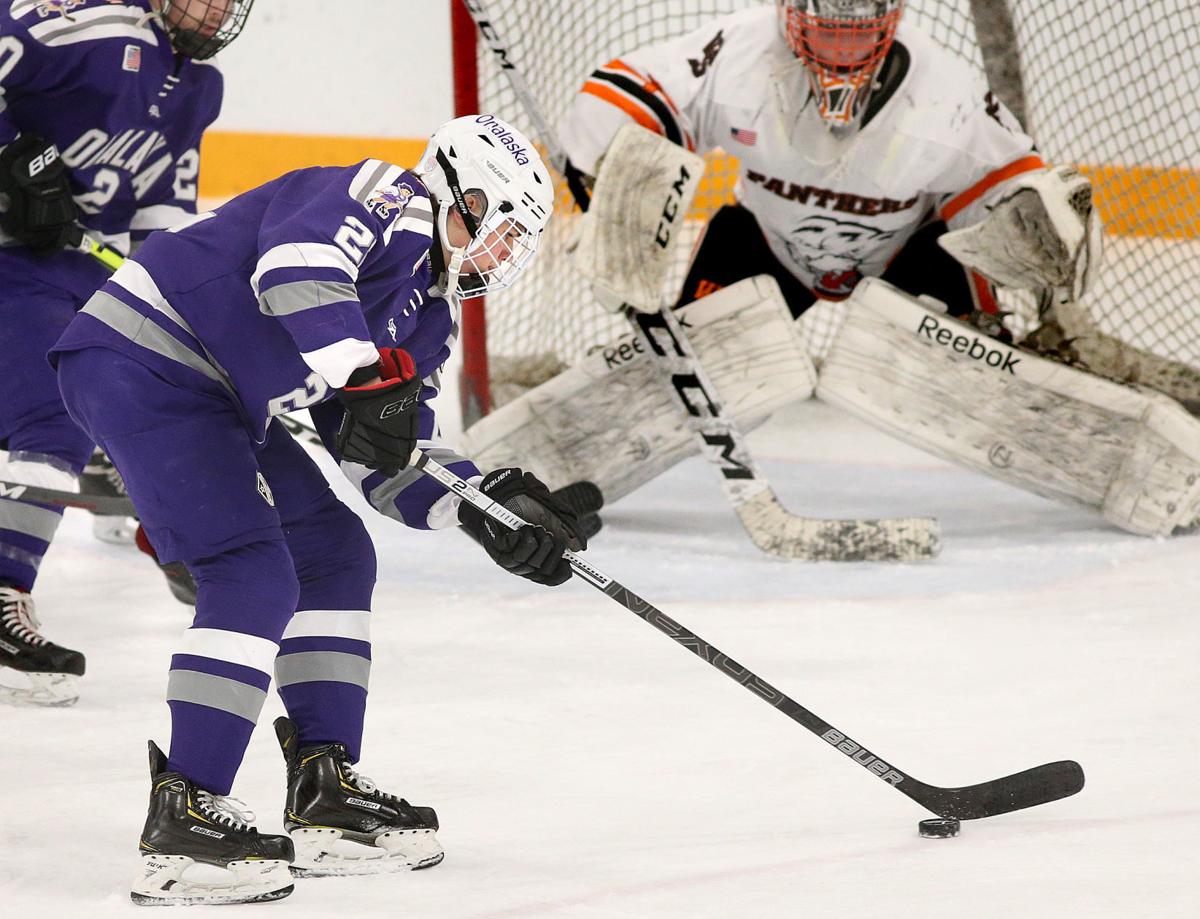