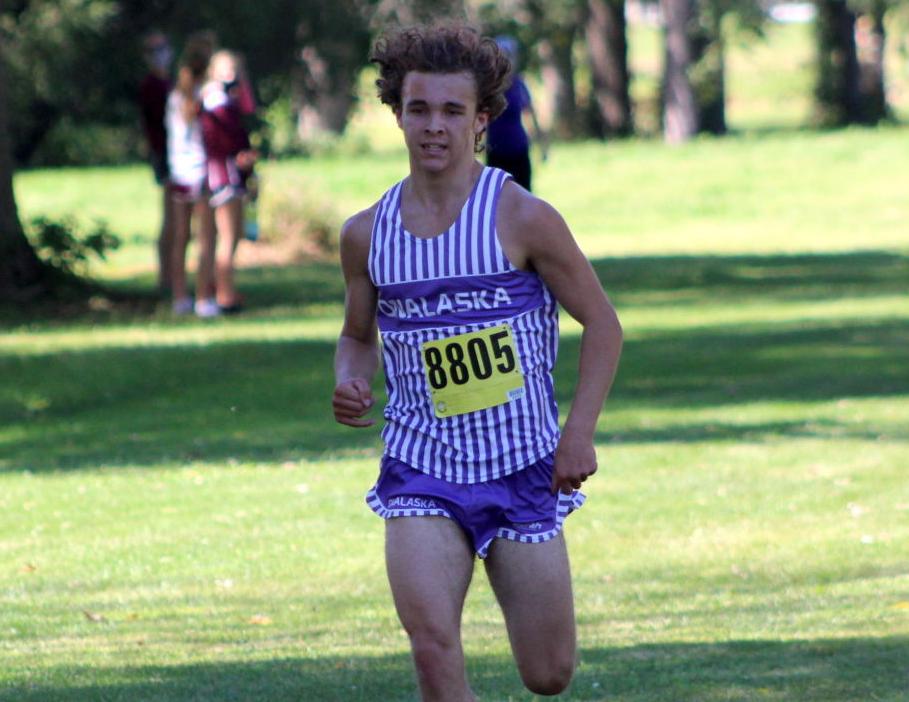 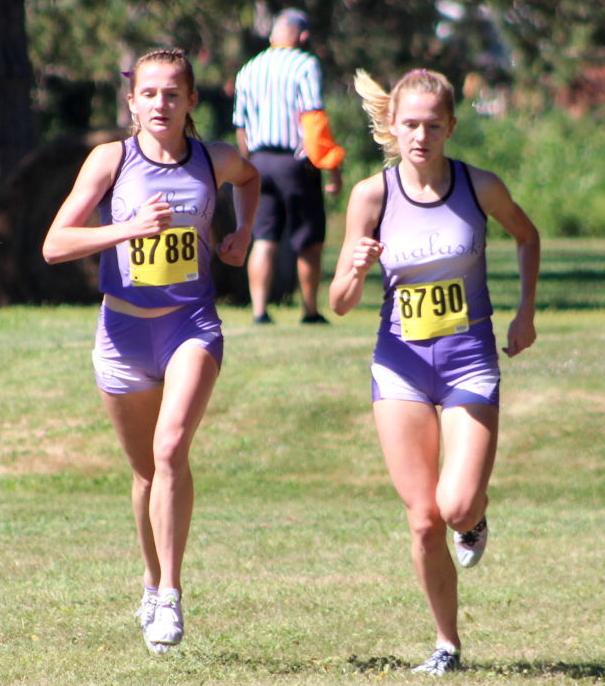 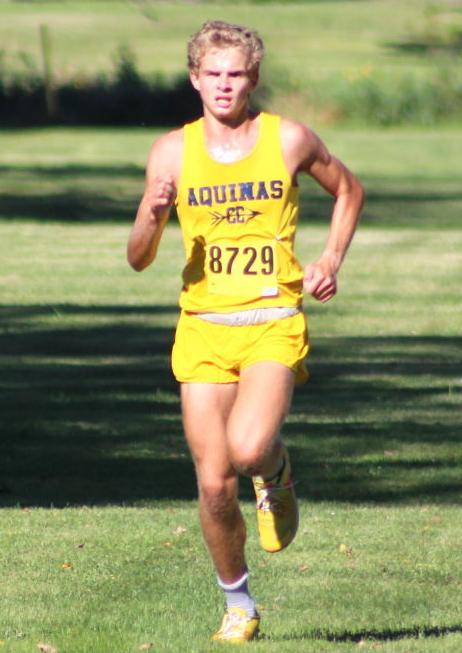 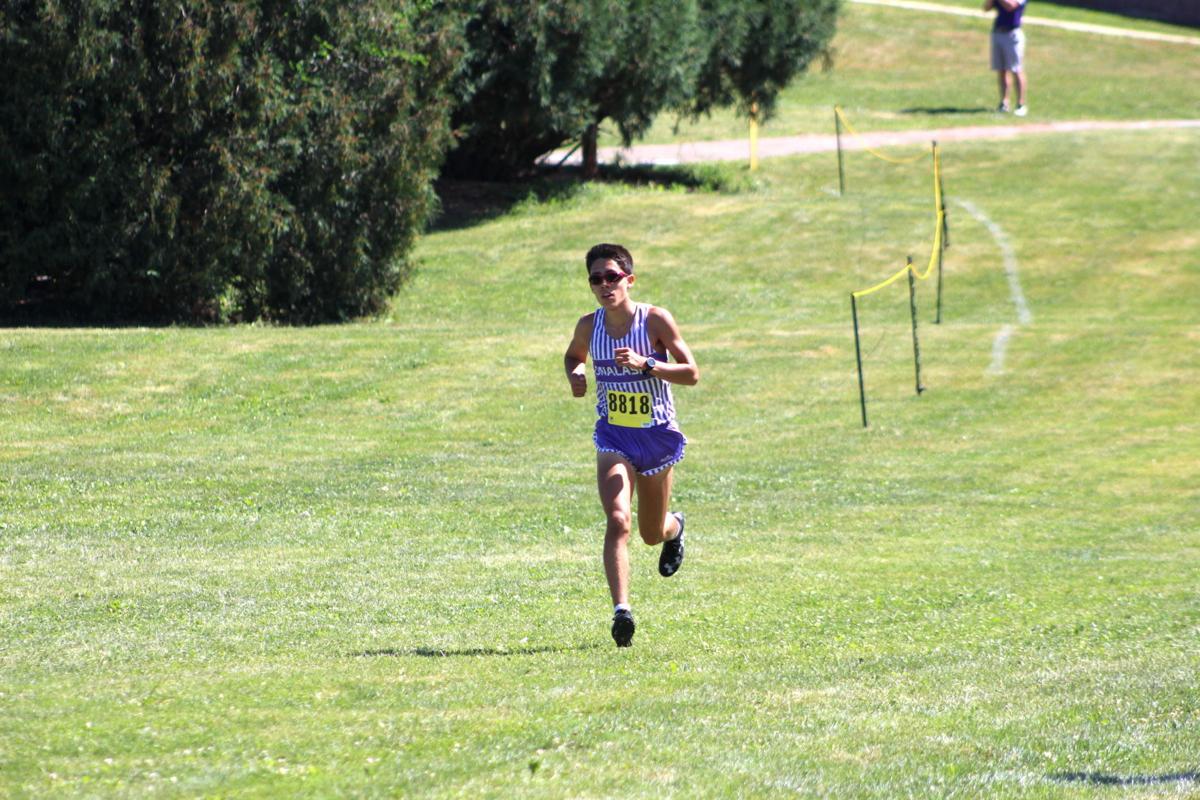 Onalaska junior Ron Walters runs during the Gale Johnson Invitational on Saturday at Maple Grove Venues in West Salem. The Hilltoppers won the invite with 37 points. 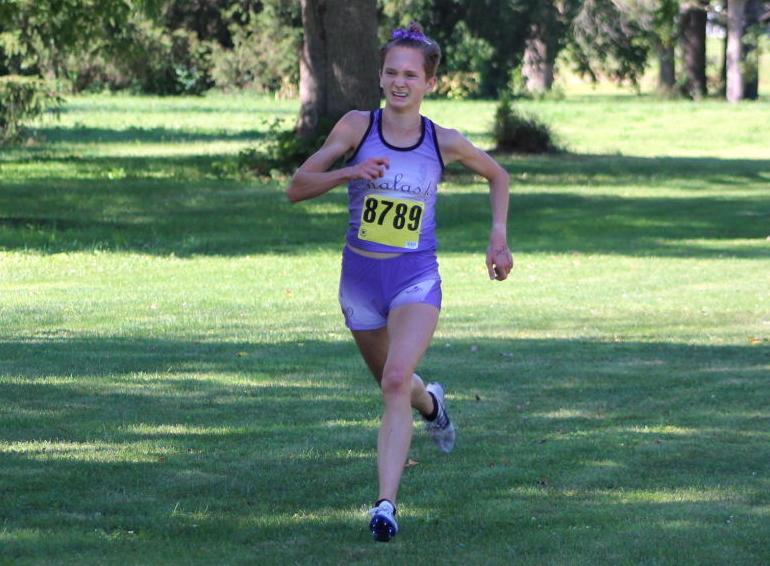 WEST SALEM — The Onalaska High School boys cross country team has a chip on its shoulder.

Sure, the Hilltoppers won last year’s MVC title, but they narrowly missed a trip to the WIAA Division 1 state meet after tying with New Richmond at sectionals — but coming up short on the tiebreaker.

“It was very disappointing,” junior Tyler Lee said. “We had such a good team last year. We could have done really well (at state).”

“It was really tough because every kid looks at themselves in that scoring, in that top five, and they say, ‘If I had just gotten that one kid right next to me. If I hadn’t gotten that place,’” Onalaska coach Darin Shepardson said. “Each one of those kids, I think, look at it, and they take it personally.”

Although the Hilltoppers graduated two of their top five runners and any postseason remains uncertain amid the COVID-19 pandemic, the team has its eyes set on a state appearance.

Saturday was a good start toward that goal. The Hilltoppers didn't win a team championship, but their score of 39 was just one behind champion Aquinas in the six-team Gale Johnson Invitational at Maple Grove Venues.

Aquinas senior Andrew Skemp won the invitational in 16 minutes, 38.6 seconds, while Lee finished second in 17:1.2 to lead the Hilltoppers, who placed four in the top 10.

“That’s probably one of the best races I could have had,” Lee said. “And I feel like our team definitely did really well.”

The Hilltoppers needed each of those finishes to hang with the Blugolds, who ran against West Salem and Sparta in the first of two boys races at the invitational — a format designed to keep teams and spectators safe with the virus still present in La Crosse County.

“I feel solid, and I feel like there’s more there,” Andrew Skemp said of his winning time. “... I was disappointed that we weren’t racing Onalaska. They’ve got a solid group with Tyler Lee, Austin Oyen and Jacob Oyen. Those three are pretty strong runners.”

On Saturday, it was Austin Oyen and Burnstad that made the difference as they showed the Hilltoppers’ depth.

“Cross country is kind of like poker,” Shepardson said. “You have five cards, right? But they all have to be pretty good. Now if you don’t have a fifth, you can have four great runners but you’re not going to do well. We’re lucky that we have some depth.”

Onalaska also won the girls portion of the invitational with five runners in the top six spots.

“It wasn’t ideal; I really wanted to try to beat last year’s (time),” said Kora Malecek, who ran a 17:29 at Maple Grove a season ago. “But there was, I think, just a lot of stuff going into this week, weren’t really sure if we were going to have a season, so at the end of the day, I’m excited that I got to race because you never really know.”

Like the boys team, the Onalaska girls hope to make a deep postseason run after finishing second at the Division 1 state meet a season ago. Although the Hilltoppers weren’t thrilled with Saturday’s performance, they believe it can be a stepping stone to bigger things.

“I think everybody wanted to race a lot better than we presented, but we still had a really solid effort,” Lydia Malecek said. “And the thing I love about our team is we’re going to give it our all even if it doesn’t produce the fastest time.”

Aquinas senior Karlie Meyer (20:07) finished third to round out the top five.

The Onalaska High School volleyball team dug itself out of just about every jam it encountered on Tuesday, and the effort turned into a very b…

There will be high school football and volleyball this fall in Minnesota after all.

Onalaska junior Ron Walters runs during the Gale Johnson Invitational on Saturday at Maple Grove Venues in West Salem. The Hilltoppers won the invite with 37 points.