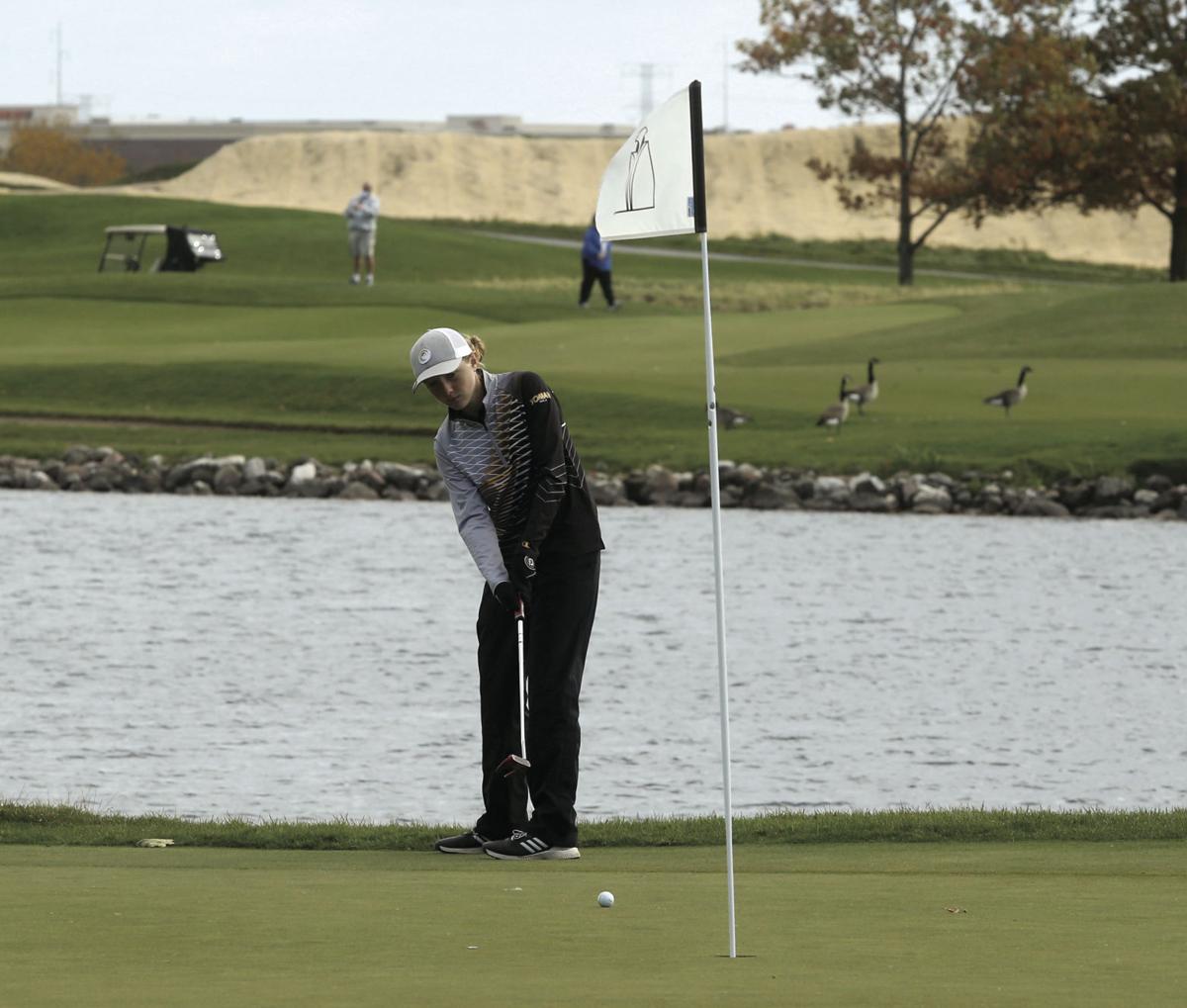 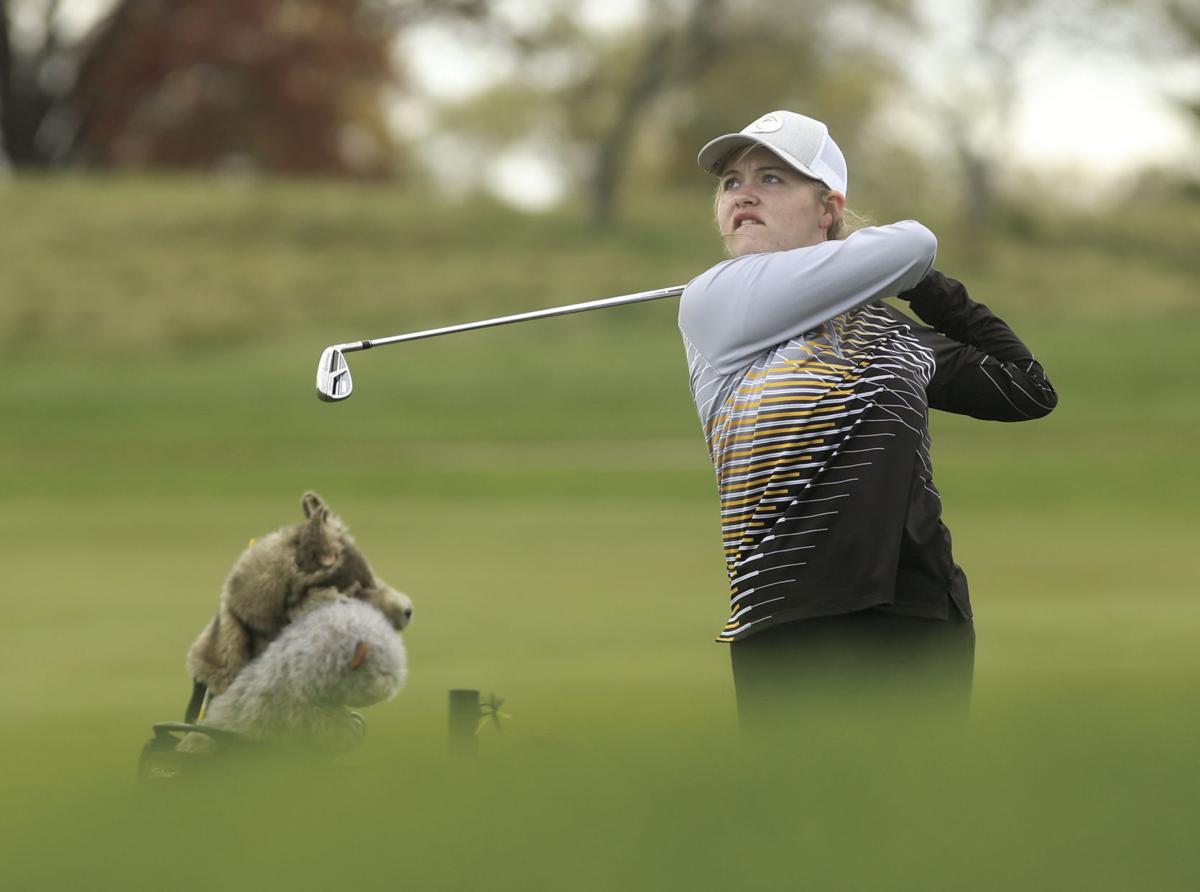 Tomah's Amelia Zingler sends a shot from the fairway to the green on the seventh hole of the WIAA Division 1 state girls golf tournament at Blackwolf Run Golf Course on Tuesday. 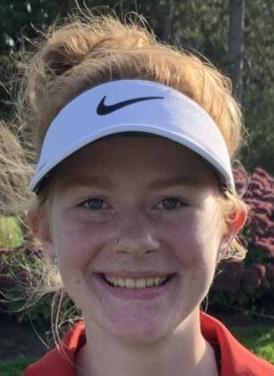 KOHLER, Wis. — The Tomah High School girls golf team posted its best finish ever in a WIAA Division 1 state tournament on Tuesday by finishing off a fifth-place performance.

The Timberwolves, making their fifth appearance and second in a row, improved on its previous best of seventh in 2019 by shooting a 540 over 27 holes at Blackwolf Run Meadow Valley in Kohler, Wis.

Tomah slipped three spots from its second-place position after the first nine holes but finished comfortably ahead of sixth-place Green Bay Notre Dame (557). Brookfield Central won its first state title with a score of 516 and was followed by Waunakee (526), Hartland Arrowhead (526) and fourth-place Kettle Moraine (531).

The tournament was cut to nine holes on Monday due to weather, but all 18 holes were played on Tuesday.

Brookfield Central won on the strength of two golfers in the top six.

Kyley Wyper was fifth with a 27-hole, 16-over-par 124, and teammate Sarah Balding was one shot behind her.

Sophomore Brin Neumann tied Balding to lead Tomah, which had three golfers among the top 20. Junior Sophie Pokela tied for ninth place with a 27-hole score of 129, and sophomore Amelia Zingler tied for 17th with a 132.

Jayda Zhu shot a 156, and Hannah Zhu and Maddie Ewers shot matching 158s for the Timberwolves.

Neumann shot a 12-over 84 on Tuesday with the help of one birdie on the front nine and another on the back. She also parred eight holes. Pokela had seven pars and nine bogeys during her second round of 86.

Neumann and Pokela tied for 26th place to lead the Timberwolves to a seventh-place state finish last season.

Onalaska’s Amber Nguyen and Arcadia/Independence’s Hallie Tulip also represented the Coulee Region in Kohler. Nguyen shot a 135 and tied for 23rd place in Division 1, while Tulip shot a 140 and placed 11th in Division 2.

Tomah's Amelia Zingler sends a shot from the fairway to the green on the seventh hole of the WIAA Division 1 state girls golf tournament at Blackwolf Run Golf Course on Tuesday. 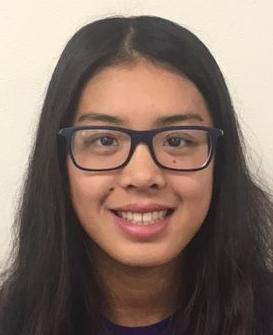