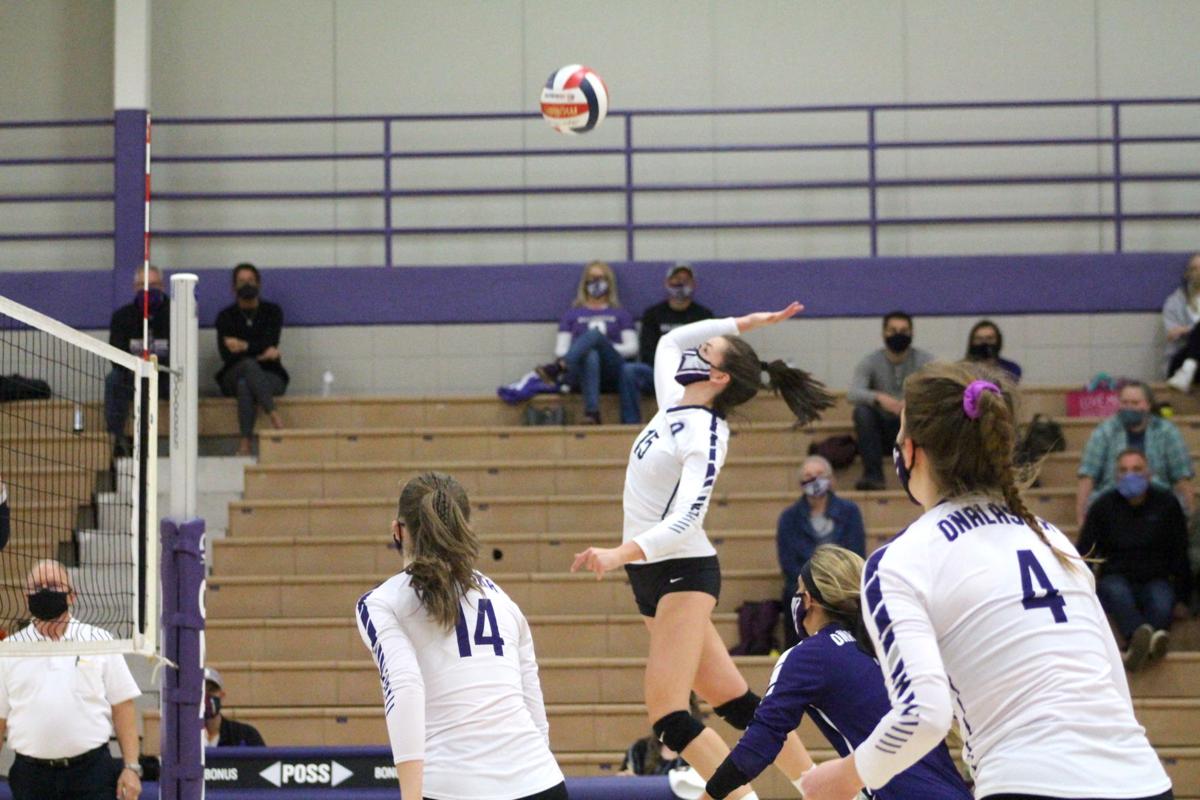 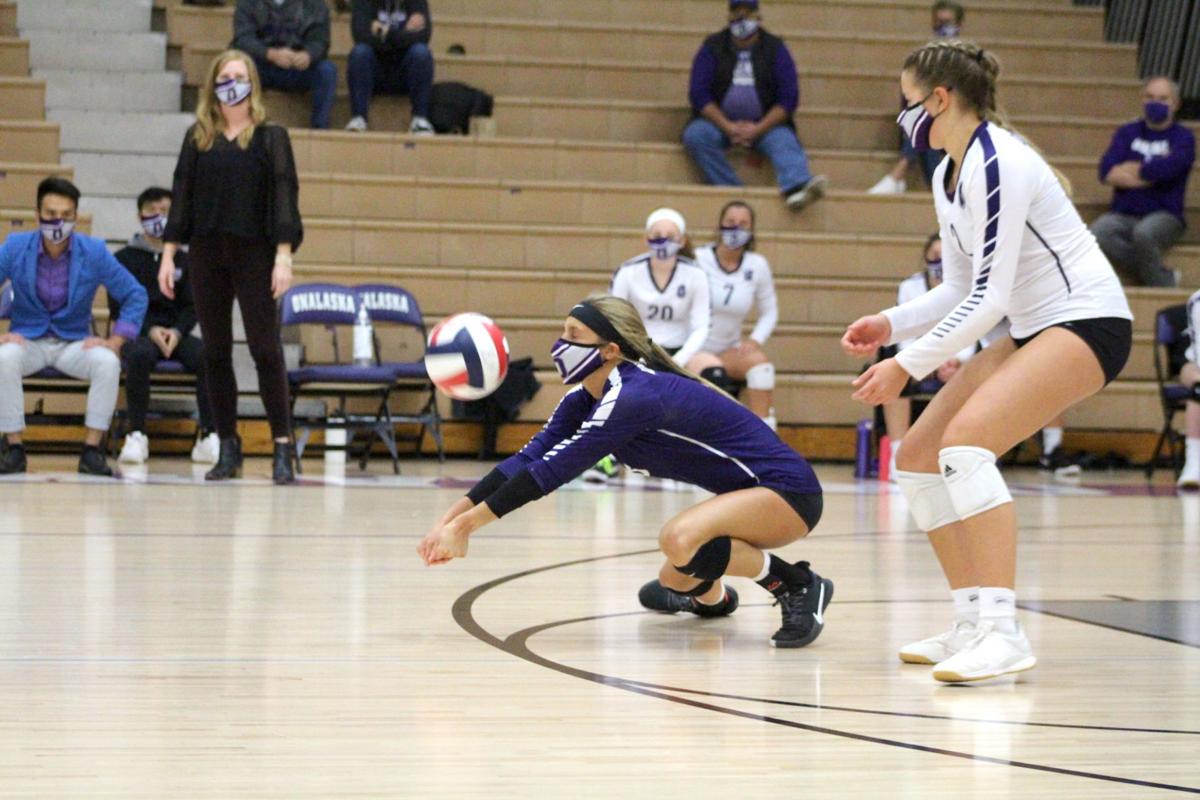 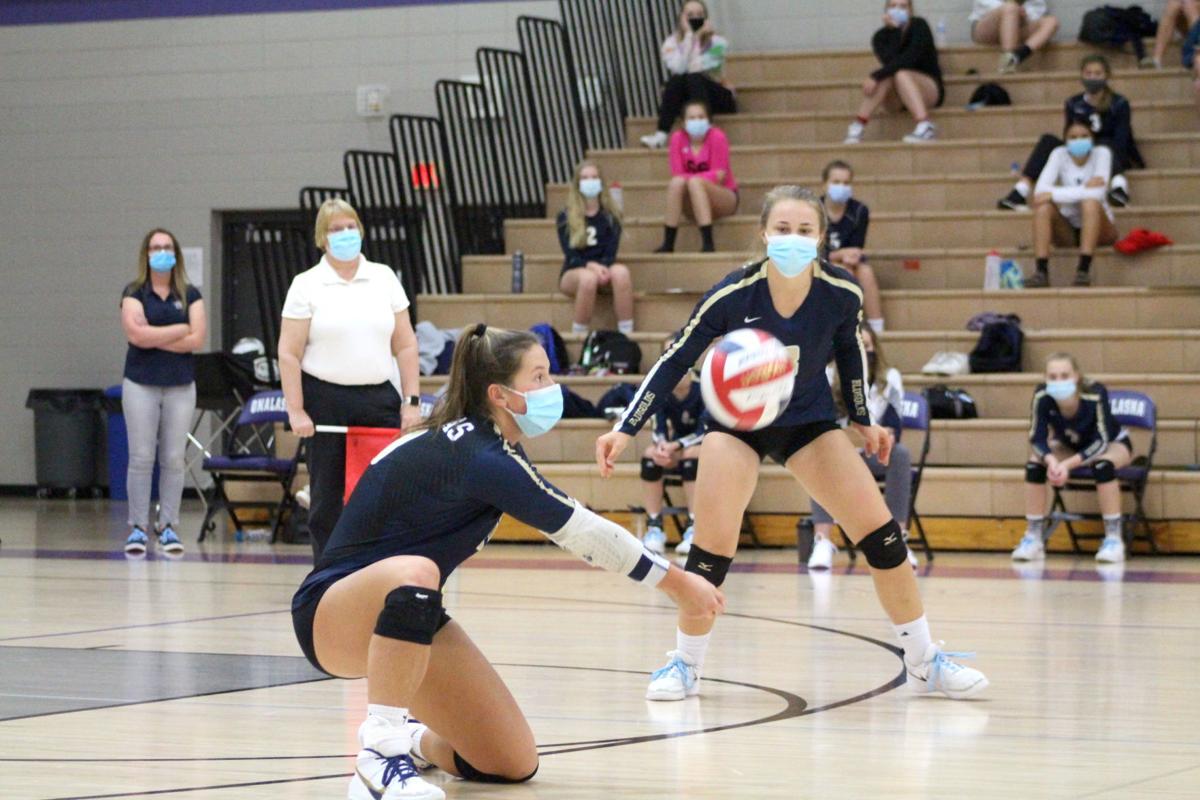 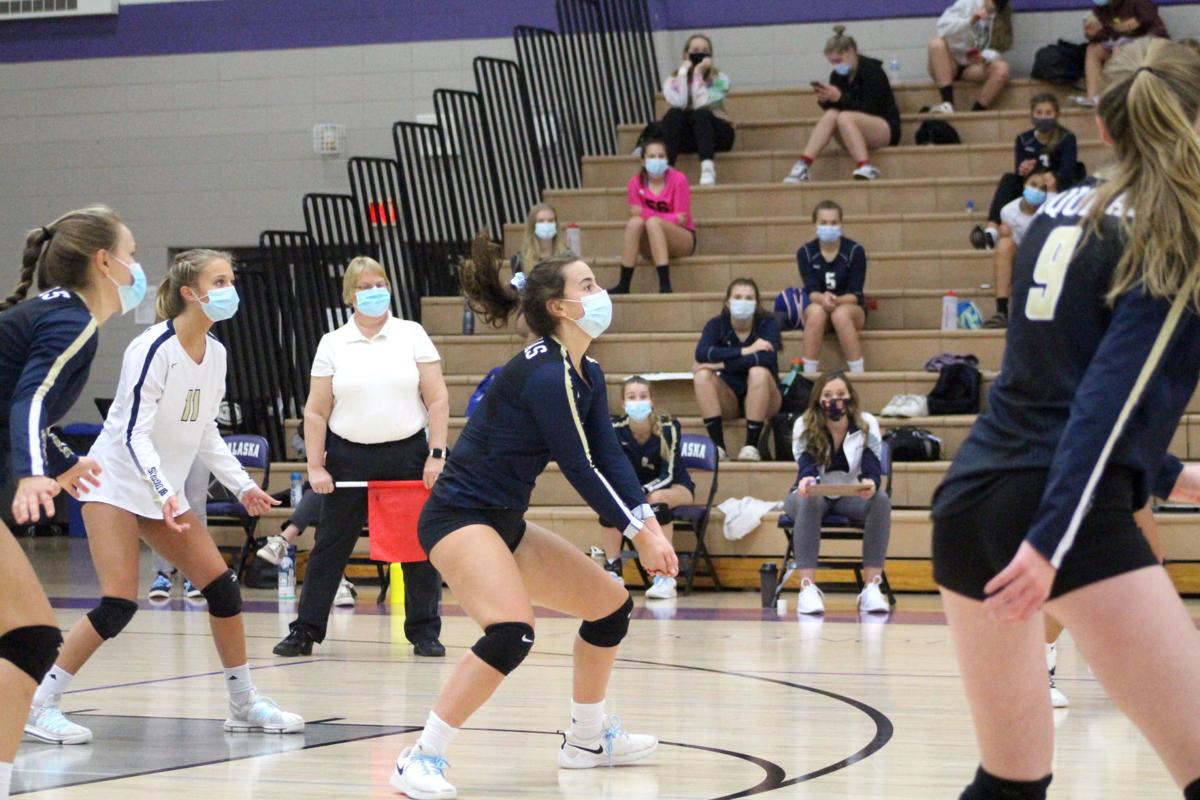 ONALASKA — At different points this season, the Onalaska High School volleyball team has struggled to make up lost ground and come back to win sets.

But in a key moment of Thursday night’s match against Aquinas, the Hilltoppers bucked that trend.

With the Blugolds up by five points and needing just five more to even the game at one set apiece, Onalaska scored 10 of the next 13 points to take a commanding two-set lead en route to a 25-23, 25-23, 25-21 sweep to close out the regular season.

The Hilltoppers, who have now won three in a row after dropping back-to-back matches to Tomah and West Salem, rebounded from their previous loss to Aquinas to take two of three in the season series.

“Going into this game knowing we beat them once, they beat us once, we kind of came into it knowing we’ve got to win this. We need to win this,” said Onalaska senior libero Olivia Gamoke. “I think, everyone all around, we knew what we had to do, and we got it done in practice the couple days before this.”

Gamoke had a game-high 21 digs for the Hilltoppers (7-3), who were balanced on the attack. Junior Ava Smith led the way with 10 kills, while freshman Claire Pedretti followed closely with nine. Senior Carly Skemp had 20 assists and 10 digs, while junior Jennifer Garves added 17 assists.

“I think we had some things happen tonight that is not typical of this team,” said Aquinas coach Nellie George, whose team had its three-game winning streak snapped and fell to 5-3. “... Each one of them had some responsibility in this tonight where they felt that they didn’t play the type of volleyball that they’re capable of playing.”

Despite that, the Blugolds had their chances.

After battling back from an early deficit in the first set, Aquinas came two points from taking the set at 23-20. And the Blugolds held the lead for much of the second set.

But Onalaska used three crucial runs to take control of the match.

The Hilltoppers finished the first set on a 5-0 run to steal the set back from Aquinas before going on a 10-3 run to close out the second set. Onalaska then opened the third set on a 7-1 run and held off a late charge to secure the sweep.

“That is one thing we have struggled to do this season was come from behind,” Onalaska coach Jessica Rohde said. “We gave up eight points in a game five set to Tomah to lose. So a lot of it is we’ve got to find that will to win, and I think that really helped tonight.”

The Hilltoppers also made life tough for the Blugolds’ hitters. Aquinas had multiple spikes blocked, which prevented the team from swinging the momentum back in its favor.

“Jacy, Tori and Shea really do a nice job hitting out there, and we know some of their tendencies — luckily — having coached against them and having coached them,” Rohde said.

Up next for both teams is postseason play.

“Aquinas has always been a really good team, tough for us,” Gamoke said. “So I think beating them twice this year is super good for us going into the tournament.”

“My hope is that we show up tomorrow, and we’re refocused,” George said.

The Onalaska High School boys and girls cross country teams had a sign in their tent that read, “Let’s get down to business.” And that’s what the Hilltoppers did.

WEST SALEM — It’s printed right near the wrist of their long-sleeve jerseys, so each time a player on the West Salem High School girls volleyb…

Stay on top of the Coulee Region football action tonight by following the Tribune via Twitter at three area football games.

High school sports: La Crescent-Hokah teams left to wonder what could have been after COVID ends seasons

"I can kind of hypothesize where we would have finished, but there will always be the wonder of what we would have done," cross country coach Mark Abraham said.