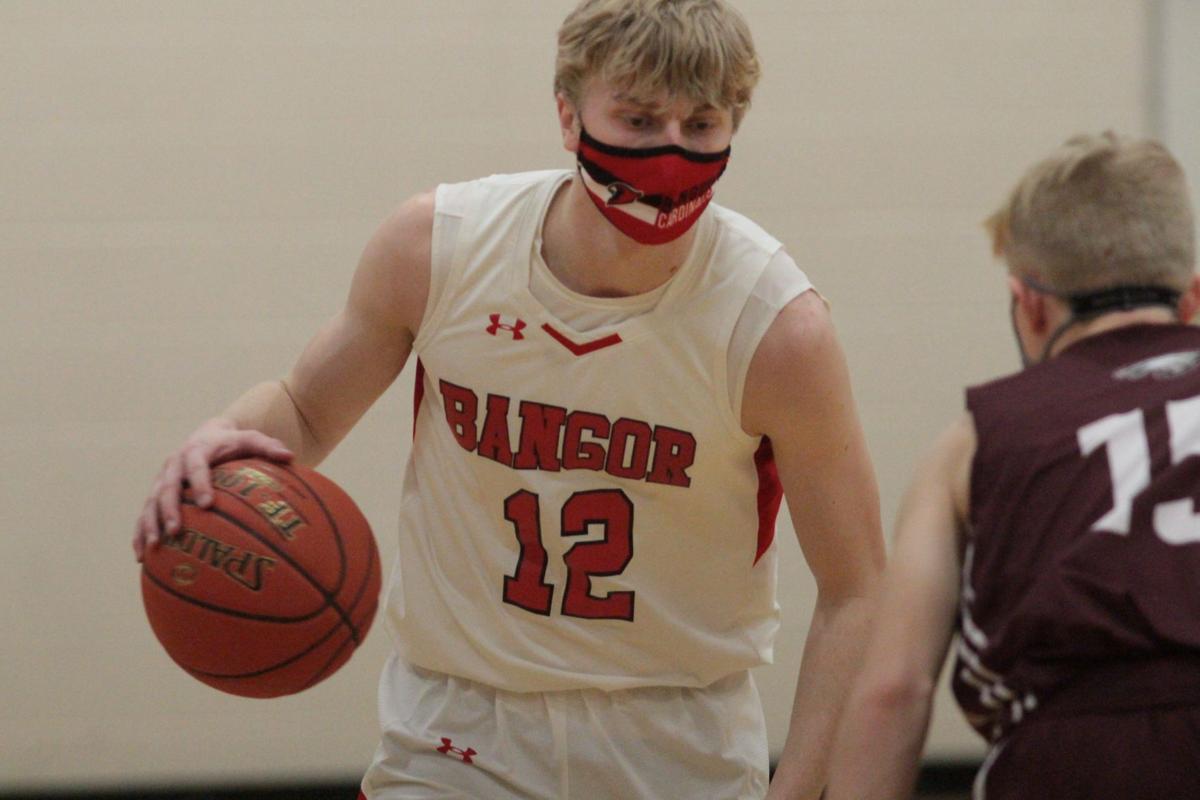 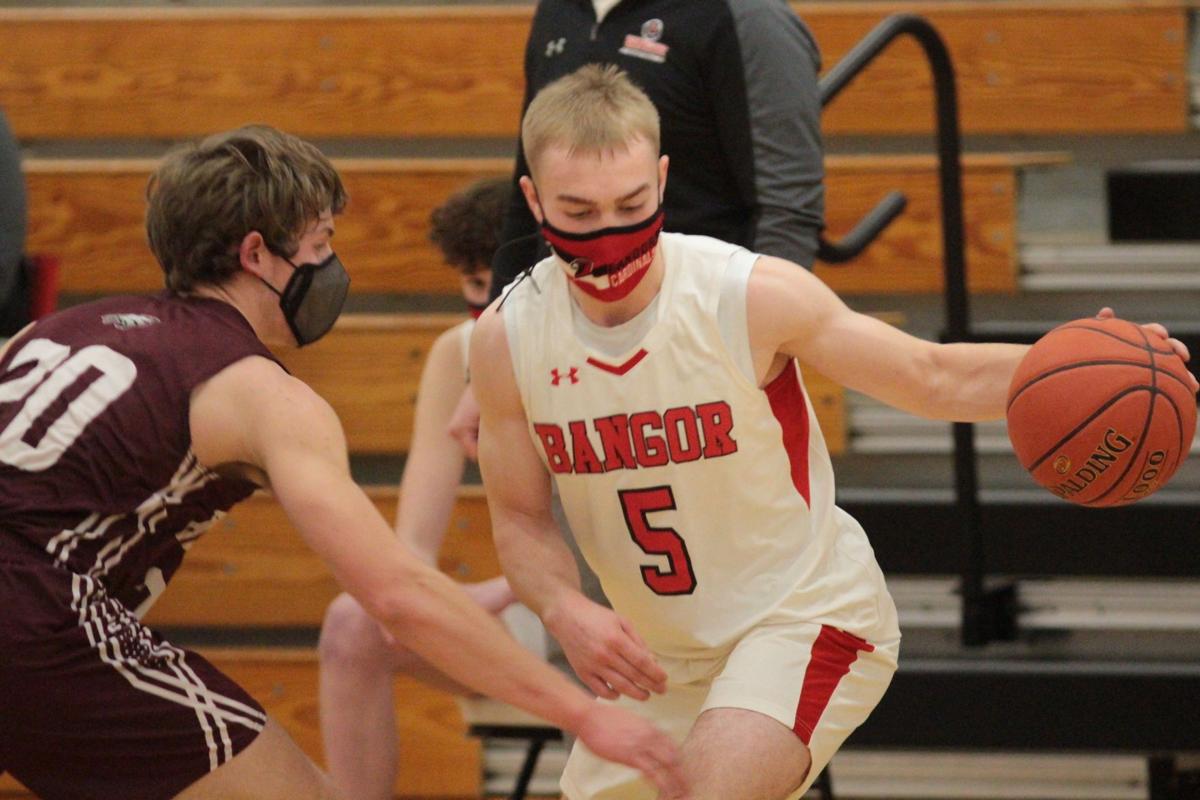 BANGOR — Hank Reader wasn't sure the exact number he was at, but he figured that once his parents and other family members were making 1,000 point signs ahead of Friday night's WIAA Division 4 regional semifinal against Cashton that he was pretty close to the major milestone.

Unaware of the actual number he needed, Reader came out shooting and he kept finding the bottom of the net, scoring 14 of his game-high 20 points in the game's first nine minutes before swishing a 3-pointer early in the second half for his 1,000th career point.

He was a major cog to a balanced Cardinals' attack that saw four finish in double figures, as Bangor sprinted past Scenic Bluffs Conference foe Cashton  73-44 in a WIAA Division 4 regional semifinal on Friday night at Bangor High School.

"We came out here and made a statement against a very, very good Cashton team," Reader said.

"We kind of felt like the last few games of the season we kind of were just going through the motions and we weren't playing our best," Pederson said. "This week plus we have had off here now, we really made a commitment to bringing our intensity level up in practice and really got after it defensively. Just love the way these guys got after it tonight."

"We knew playing these guys for the third time this year, that we would have to come out with energy," Reader said. "We wanted to just bury them right away."

Halftime did little to cool off the Cardinals, as they opened up the second half with a 21-9 run to take a commanding 25-point lead.

"I give them a lot of credit," Wall said. "Their seniors were dynamic tonight. They hit — it didn't seem like they missed a whole lot. ... We thought they would cool off a little bit, but they kept it up the whole game."

It didn't seem to matter who was shooting the ball for the Cardinals, because odds are, it was going in. In all, four finished in double figures with Tanner Jones finishing with 17, while Hank's younger brother Will Reader and Zane Langrehr each added 12 to go along with Hank Reader's game-high 20 points. The Cardinals would go on to finish with 11 3-pointers.

"It felt like we when we were shooting, every single one went in," Pederson said. "So I'm sure Cashton wasn't thrilled about that as I know I wouldn't want to be on the other side of it. If you can hit shots like that it gets the confidence up, the defense is better."

In fact, you could make the argument that the Cardinals defense was just as effective as their offense. They held the Eagles (19-4) to their second lowest scoring output of the season. They were also able to keep Cashton standout Bowdy Dempsey in check, holding him to just eight points after entering the night averaging close to 20.

"The guys did a good job of forcing him into tough shot situations and having to use that pivot foot instead of just allowing him to get into his shot easy," Pederson said. "We thought if we could disrupt him we could really disrupt their offense even more. It paid off in the end tonight."

Next stop is now Onalaska as the Knights took care of business with a 48-29 victory over Melrose-Mindoro on Friday.

"They are going to be a tough matchup," Pederson said. "Their size and their ability to play in the half court can make things difficult. We just have to show up with the intensity we had tonight and I think we will have a pretty good chance."

The Blugolds are averaging 13.2 runs per game.

Lily Krahn knew the task ahead, and it wasn’t going to be an easy one.

The Aquinas High School baseball team remained unbeaten with a 7-4 win at Holmen on Friday in its MVC opener.

The Aquinas High School baseball team balanced a big pitching performance with a couple of offensive bursts to remain unbeaten on Saturday.