Become a Member
Read Today's E-edition
Share This
WATCH NOW: WIAA state boys basketball—Onalaska unable to keep up with Pewaukee in Division 2 championship
Share this
1 of 2 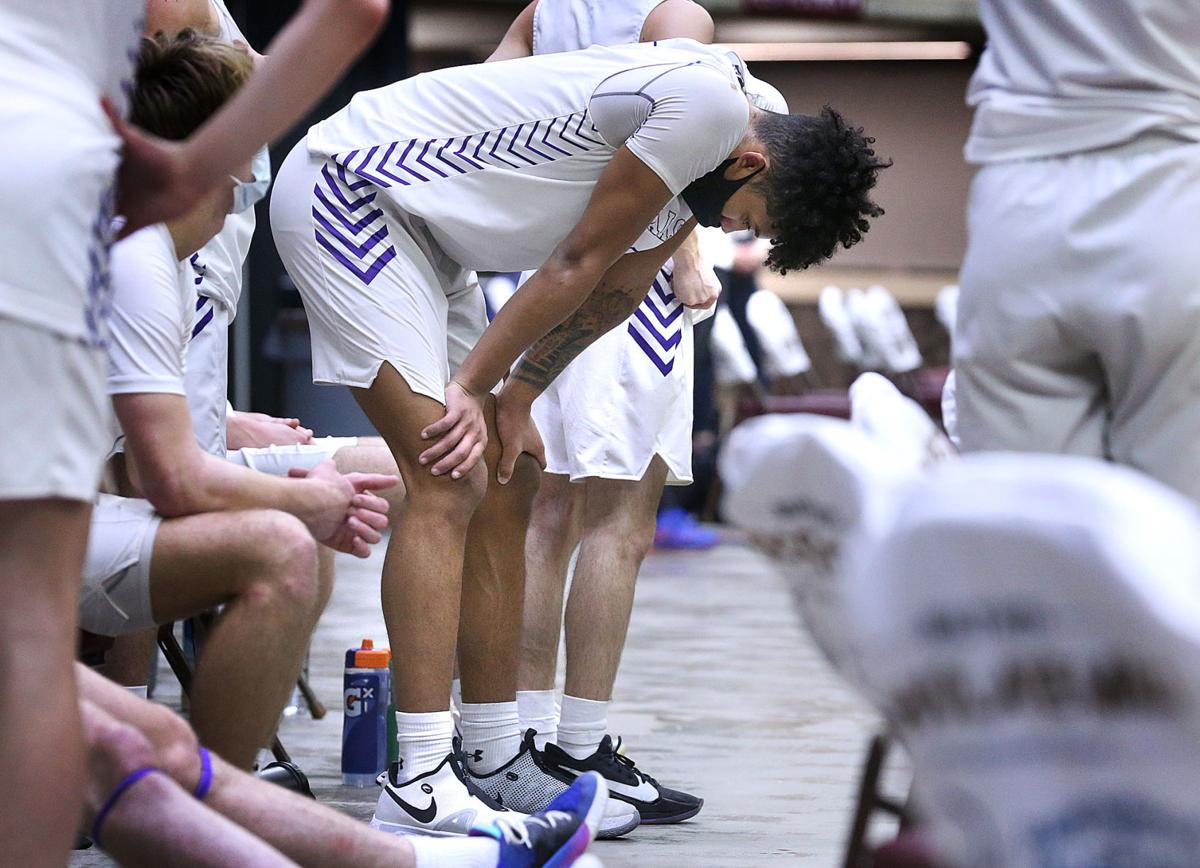 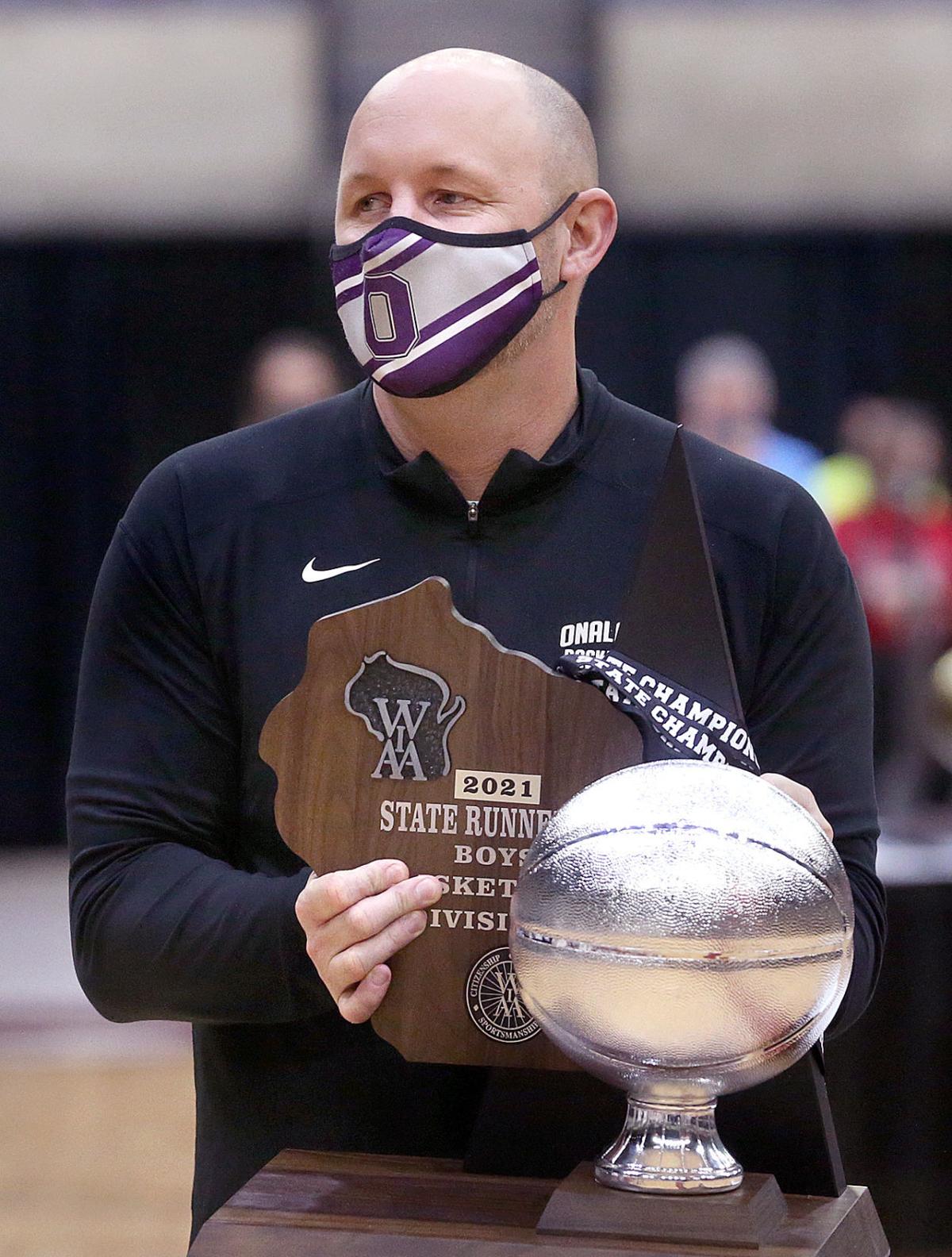 Onalaska High School boys basketball coach Craig Kowal knew there would be some tough matchups for his team defensively with Pewaukee’s ability to spread the floor and shoot the ball well from the perimeter.

The Hilltoppers, though, had adapted on that end of the court all season — that’s a big reason why they were in Saturday night’s WIAA Division 2 state championship game to begin with.

So after the Pirates raced out to an eight-point lead, Onalaska tried to make adjustments.

Defensive stalwarts Sam Kick and Victor Desmond shadowed AJ Hintz — 6-foot-11 senior forward Gavin McGrath’s assignment to start the game — after the Pewaukee senior guard made multiple 3-pointers early. The Hilltoppers switched to a 2-3 zone for a few possessions and even sent traps at the Pirates’ ball-handlers in an attempt to disrupt their flow.

By the time Pewaukee junior guard Josh Terrian drilled a 3 from the left wing with 22 seconds left before halftime — the team’s eighth and final triple of the opening period — Onalaska was facing a 14-point deficit.

That hole was too big for the top-seeded Hilltoppers to climb out of, and they fell to the second-seeded Pirates 54-37 at the La Crosse Center.

“The way they played in the first half, I mean, you’ve just got to flat out tip your cap,” said Kowal, whose team finishes the season at 19-1. “We’ve guarded extremely well all season long, and we knew we had difficult matchups going in.

“They just made shot after shot. And when that happens, that kind of gets you on your heels.”

Pewaukee (26-3) shot 55% from the floor from the first half, including a blistering 8-of-13 (62%) from beyond the arc, and Onalaska struggled to contain Hintz and junior guard Ashton Janowski from the start.

McGrath guarded Hintz largely out of necessity with the Pirates’ 5-out style, and the guard exploited the matchup on Pewaukee’s first possession. Hintz used his speed to blow by the Hilltoppers’ big man and finished with his left hand off the glass.

Janowski followed with five quick points — including a 3 from the right wing — and Onalaska switched to a zone. Hintz, who entered the game having made only 16 3-pointers all season, then forced the Hilltoppers out of that zone with back-to-back triples from the left wing.

He made another one from nearly the same spot a few possessions later, and Janowski followed with a layup to put Onalaska down 18-10 with 11 minutes, 47 seconds left in the first half.

“I just kept seeing the ball go through the hoop, swish after swish,” Kick said. “It kind of hit me a little bit, you know, kind of getting down more and more. But at the same time, (I) still kind of believed that we could turn things around.”

Indeed, buckets from McGrath and Desmond — who finished with nine and 10 points, respectively — brought the Hilltoppers back within four points with 10:14 left in the half, but the team went scoreless for nearly the next four minutes.

The Pirates did well to seal potential driving lanes for Desmond and Kick. And even when Desmond and Kick found openings, Pewaukee’s help side — and subsequent rotation and close out — was seemingly always there.

“I thought we were phenomenal,” Pirates coach David Burkemper said of how his team executed its defensive game plan. “... I think we won the game with our defense.”

Janowski had 15 of his game-high 19 points in the first half, while Hintz had 13 of his 16 points before the break.

The Hilltoppers trailed 38-24 at the half but had opportunities early in the second half to trim their deficit.

Kick, senior guard Evan Gamoke and freshman forward Isaac Skemp all had good looks from beyond the arc in the first three minutes out of the locker room, but none fell. Onalaska was scoreless in the second half until Gamoke hit a 3 from the left corner with 12:26 to play.

“We got a couple good looks, and then we just couldn’t capitalize on it,” said Kick, who finished with seven points. “It just kind of, for me, summed up that game. I mean, I don’t think we were as sharp as we could have been.”

Still, Onalaska showed life late, and a 7-0 spurt brought the Hilltoppers within 48-34 with 6:19 left. But they missed their next four shots, and the Pirates pushed their lead back above 15 points and closed out the game.

Although the season didn’t end how they would have liked, both Kowal and Kick said they were proud of what the team accomplished.

“I’ve been so blessed here at Onalaska to have not only the success, but the type of kids that we’ve had,” Kowal said. “This team ranks right up there with some of the great ones.”

The Knights earned a significant 20-13 victory on Friday night and ended the Cardinals' run of 45 consecutive Scenic Bluffs Conference wins.

Watch now: Badgers prepare for series at No. 2 Michigan