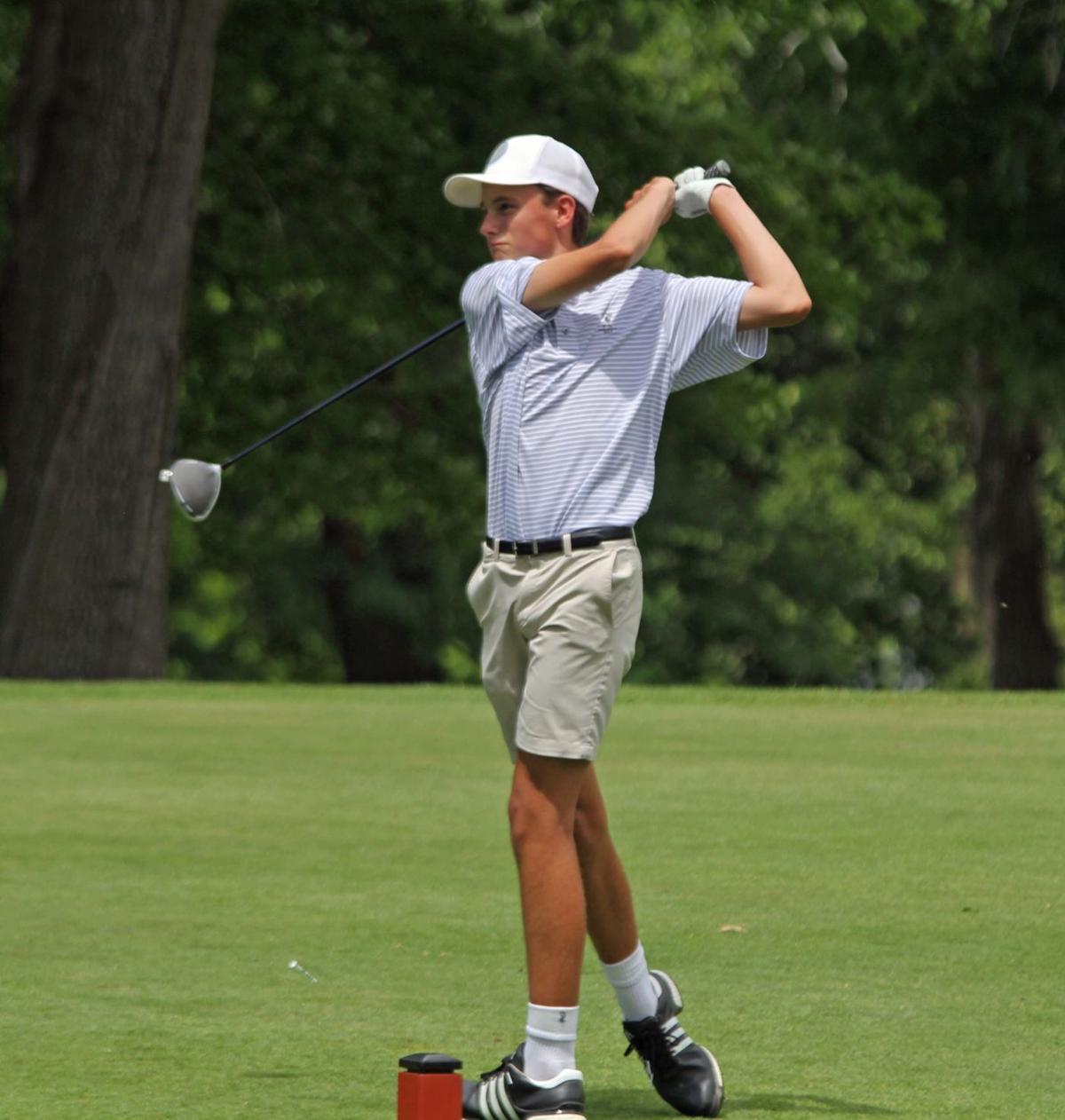 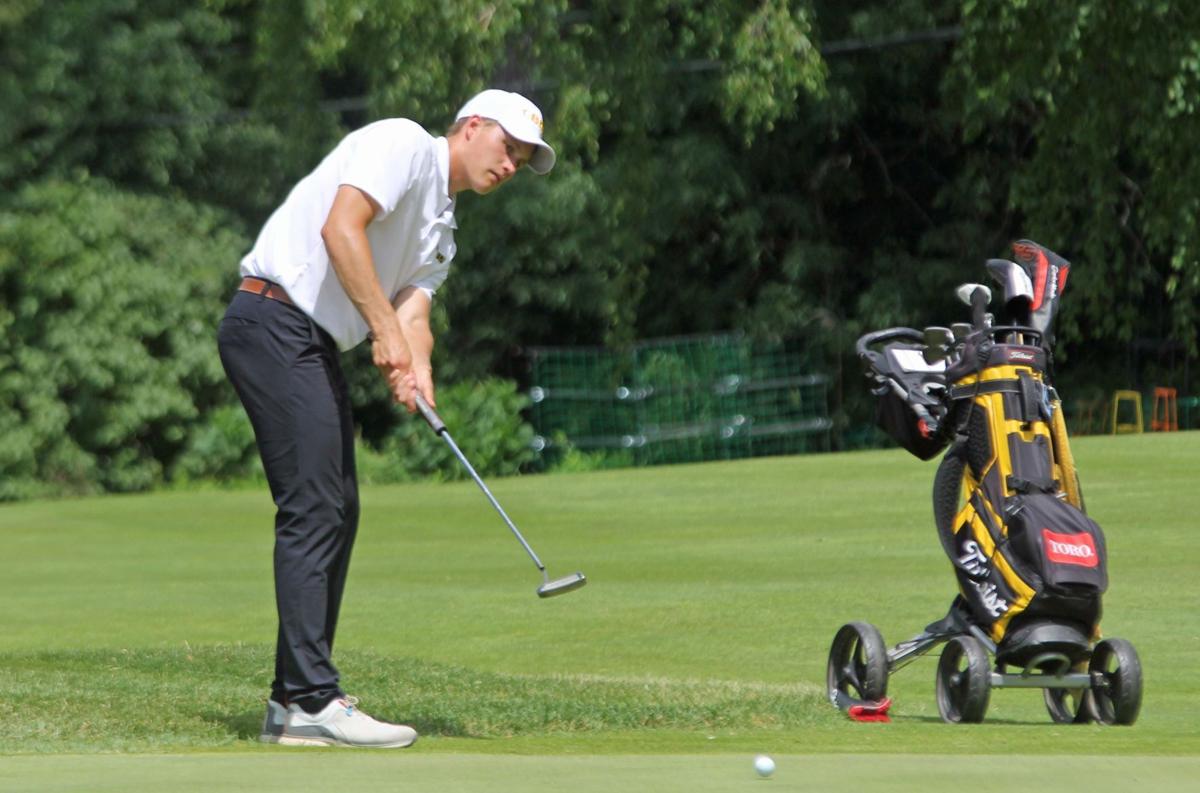 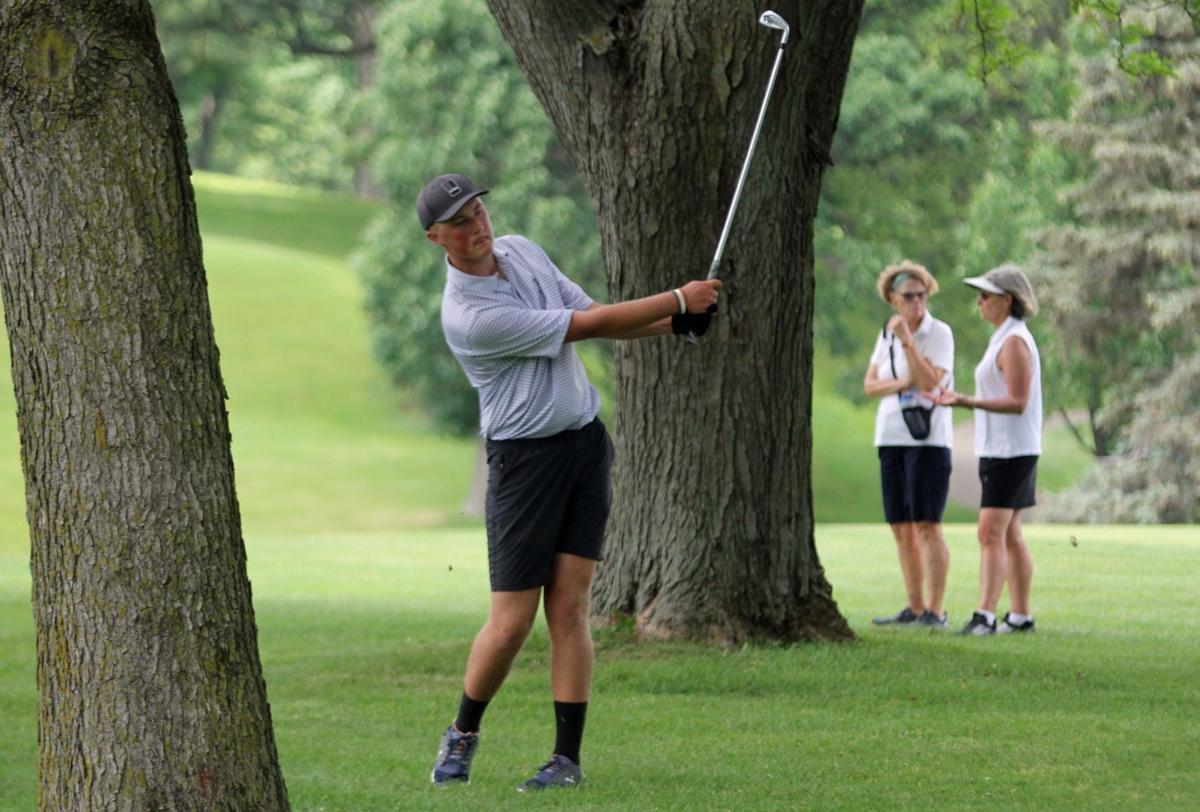 Onalaska junior Thomas Breit follows through on a swing during Monday's WIAA Division 1 sectional at Blackhawk Country Club in Madison.

Neumann and Waunakee junior Max Brud tied for seventh overall to grab the final two individual qualifying spots; Verona senior Andrew Aune shot a 2-over 74 and was fourth overall to claim the first of the three spots allotted for individuals who are not on qualifying teams.

Neumann started his round strong with four pars and a birdie on the par-4 second hole. He double-bogeyed on No. 6, a par 4, but rebounded with a par and a pair of bogeys to card a 39 on the front nine.

The senior began the back nine tied with Onalaska junior Max Breiling and sophomore Ethan Kramer and Waunakee senior Connor Keenan but gained strokes on all three by picking up five pars and a birdie on the par-4 11th.

Neumann shot a 38 on the back nine — two strokes better than Keenan, three better than Breiling and four better than Kramer — to keep pace with Brud and qualify for the state meet, which is scheduled to be held June 14-15 at Wild Rock Golf Club in Wisconsin Dells.

Beiling shot an 80 and was the Hilltoppers’ top finisher, while Kramer and senior Jordan Degaetano both shot an 81 to help Onalaska finish fourth as a team (328), ahead of fifth-place Holmen (330) and sixth-place Tomah (333).

Vikings freshman Lucas Taebel shot an 81 and sophomore Jackson Rhoades shot an 82, which tied him with Timberwolves senior Jack Christen.

Central/Logan senior Kaleb Lycke, who was competing as an individual, shot an 86.

Middleton won the sectional by shooting a 297 and will be joined at state by Madison Memorial (314). Madison Memorial senior and Middleton freshman Charlie Jambor both shot an even-par 72 and tied for medalist.

The sisters are at least partially responsible for seven of the 10 events the Blugolds will compete in at Thursday’s WIAA Division 3 Boscobel Sectional.

Onalaska junior Thomas Breit follows through on a swing during Monday's WIAA Division 1 sectional at Blackhawk Country Club in Madison.