Third US vaccine could raise big question: Which shots are best?

WIAA girls basketball: Bangor one win away from state tournament
Share this
{{featured_button_text}}
1 of 2 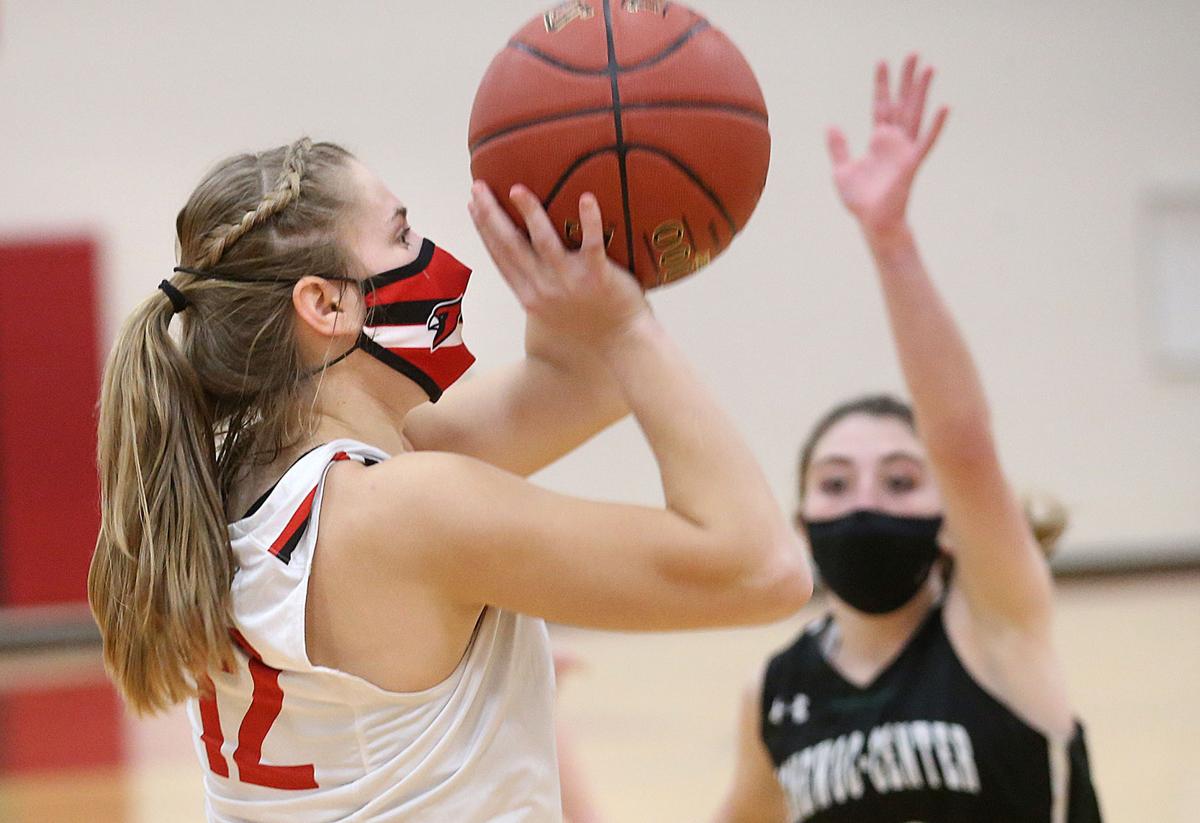 Bangor's Taylor Jacobson takes a shot during a game against Wonewoc-Center. The Cardinals host Auburndale in a WIAA Division 4 sectional final on Saturday. 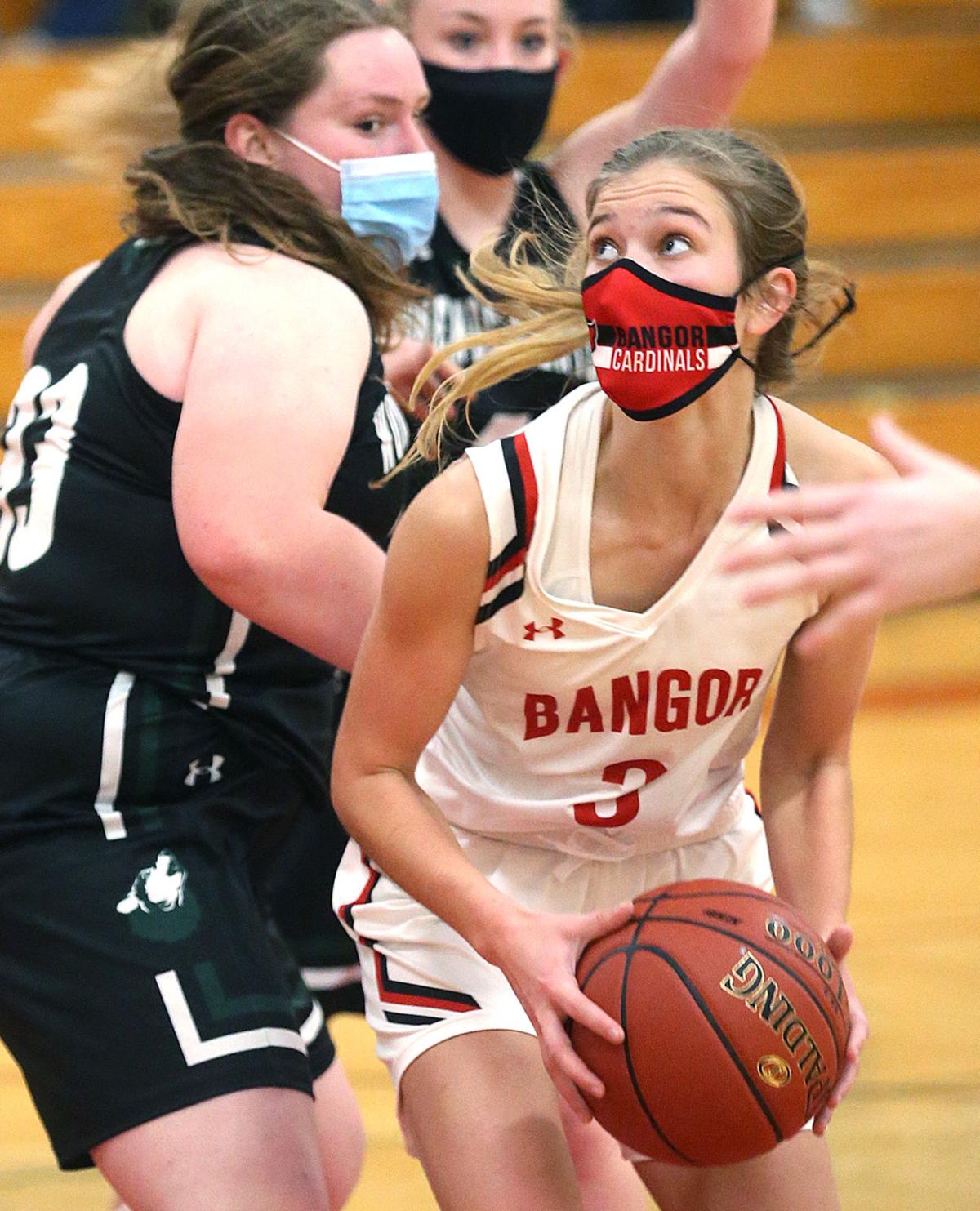 Senior Haley Jones has been a key player during Bangor's 18-2 season. The Cardinals are one win away from qualifying for the WIAA Division 4 state tournament.

Others followed, and he eventually landed on the pleasant fact that his Cardinals were one win away — instead of two — from qualifying for the WIAA Division 4 state tournament, which was announced on Wednesday to be played at the La Crosse Center.

Fourth-seeded Hillsboro had to forfeit Thursday’s sectional semifinal due to COVID-19-related issues, and that put top-seeded Bangor (18-2) into Saturday’s 1 p.m. championship home game against third-seeded Auburndale (17-4), which advanced when second-seeded Cochrane-Fountain City (16-3) had to forfeit Thursday’s semifinal due to COVID-19 issues.

“That first thought was concern because Hillsboro was having deal with the season suddenly ending and not getting closure,” Jones said when hearing the news of his familiar Scenic Bluffs Conference foe. “We know what that feels like because it happened to us last year. I was concerned about that and that we didn’t know what was going to happen next.”

Jones and the Cardinals, who beat the Tigers twice during the regular season, surely would have liked to play their way to a sectional championship game, but advancing is advancing.

Jones said on Tuesday that both potential opponents provided challenges, but the Eagles might be the tougher matchup with their height. Auburndale has five players 5-foot-9 or taller.

But the Cardinals certainly present challenges of their own after winning 157 games and losing 24 (a winning percentage of 86.7) during the past seven seasons.

Jones said his team has changed a bit this season without a dominant presence in the paint for the first time in a while and successfully adapted to the changes.

“For the past six years, I’ve been blessed to have a 6-foot post on a Division 5 team,” Jones said. “One of the things I always emphasize is defense, and not having that has made us have to change the way we defend.”

Jones, whose team is in Division 4 this season due to schools not participating, said the goal is to put the ceiling on opponents’ scoring at 40 points per game. But instead of using ball pressure on the perimeter and wings to force the ball where either Emma Wittmershaus or Karsen Kershner awaited in the lane.

Bangor players now have to front the opposing post and collapse and help when the ball goes inside. The biggest individual test this season came against Division 2 Sparta’s Callie Ziebell. The 6-2 Bradley University commit had 19 points and 11 rebounds, but Bangor beat the Spartans 59-55.

“All of the kids have had to adjust to what we are doing differently,” Jones said. “At the same time, I won’t say we’ve gotten quicker because Karsen could get up and down the floor, but we’re pushing the tempo when we can offensively and trying to wear teams down, if not their guards at least the post girls.”

The 5-9 Jones has also been part of the solution in the paint, shifting positions from last season to help out with more of that load. She leads the team with her rebounding average of 6.3 and in steals (45).

Junior Madeline Janisch has also seen her playing time increase as a 5-10 boost in the post. She responded with 10 points and eight rebounds as the Cardinals knocked Melrose-Mindoro — a program that qualified for the past three Division 4 state championship games — out of the tournament in the regional semifinals.

11.4: Team-high scoring average for sophomore Nora Tucker, who is just ahead of senior Megan Miedema's 11.3

Bangor's Taylor Jacobson takes a shot during a game against Wonewoc-Center. The Cardinals host Auburndale in a WIAA Division 4 sectional final on Saturday.

Senior Haley Jones has been a key player during Bangor's 18-2 season. The Cardinals are one win away from qualifying for the WIAA Division 4 state tournament.