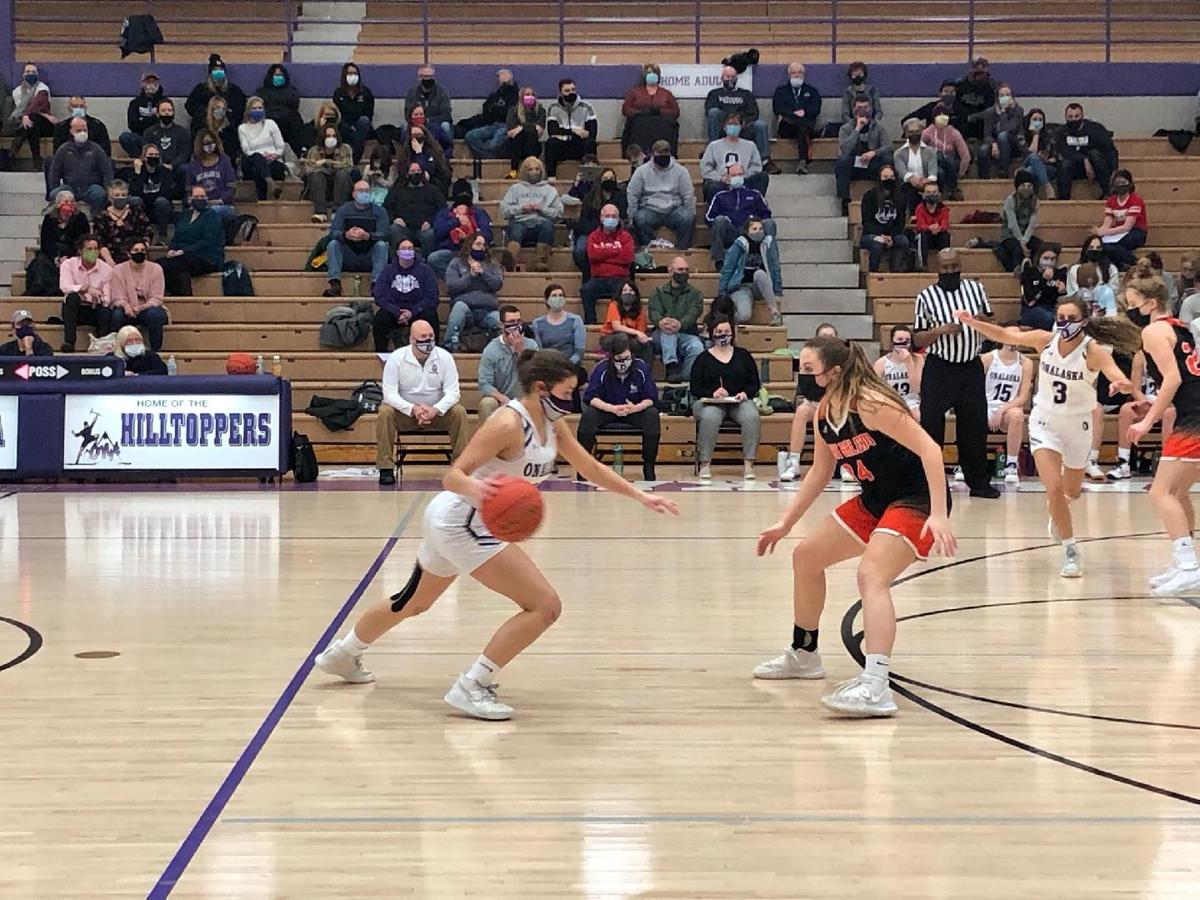 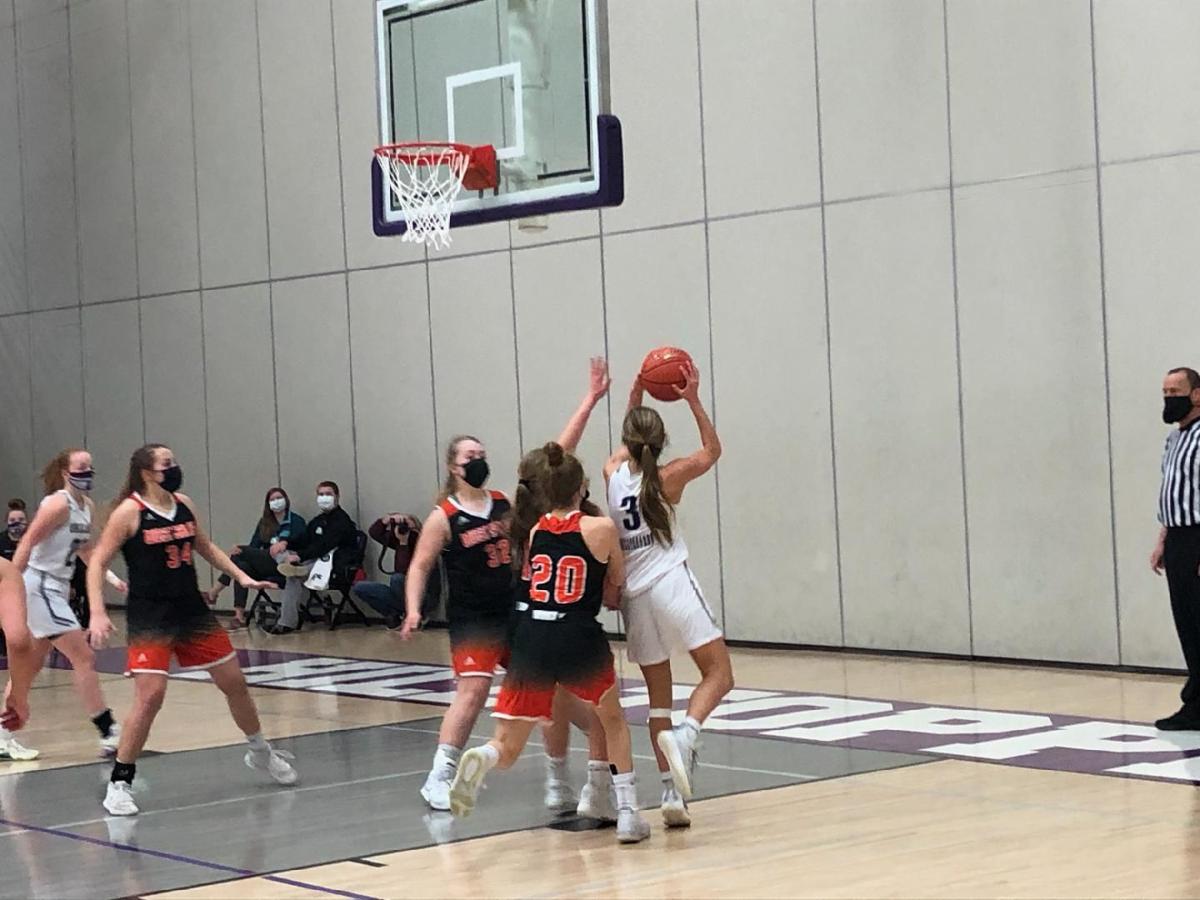 ONALASKA — As good as the opposing defense was, the Onalaska High School girls basketball team was able to pick it apart possession by possession on Saturday.

The top-seeded Hilltoppers shot over the West Salem 2-3 zone defense to start, and followed by breaking down the interior with crisp cuts and passes as they advanced past the second-seeded Panthers 61-47 in a WIAA Division 2 regional final at the Charles Deeth Fieldhouse.

Senior Olivia Gamoke hit three 3-pointers in the opening seven minutes, and senior Molly Garrity was able to attack the basket from the short corner in helping the Hilltoppers (15-3) open a 25-13 lead at the 10-minute mark of the first half.

“They did it exactly the way we talked about it,” Onalaska coach Shane Schmeling said of the offensive execution. “We really dialed in on that short corner spot because we felt that their wings really get out and extend further than most teams in their 2-3 (zone), which opened up the back side.”

Gamoke finished with a game-high 25 points, and said that the Hilltoppers were comfortable against that kind of zone defense, having seen it on a number of occasions.

“We’ve seen a lot of the 2-3 this season, especially early in the season. The good news is, we’ve seen it before and we kind of knew what to do,” Gamoke said. “I think we knew coming into the game that the biggest gap in their defense was in the middle. Having Molly catching the balls and dishing it was huge in our win tonight.”

West Salem (11-2) closed the gap with a 9-0 run to make it a three-point game with 7:30 left in the first half, but the Hilltoppers answered with a nine-point spurt of their own to push the lead back to double figures.

Gamoke hit her fourth 3-pointer with 15:40 left in the second half to give Onalaska a 37-26 lead, and the Hilltoppers focused on executing clean possessions from then on. Onalaska worked the ball through its offense and scoring only two-point baskets and free throws for the remainder of the game.

While Onalaska typically likes to play fast, Schmeling said that when the Hilltoppers were in their half-court offense, the objective was to be deliberate and decisive.

That pace also slowed down the Panthers offensively, as Onalaska held West Salem to nearly half of it’s offensive output from Friday, when the Panthers scored 84 points in a semifinal win over Sparta.

Garrity said that the defensive effort was indicative of how the Hilltoppers, who have won seven straight games, are playing their best basketball of the season heading into the sectional.

“Our defense is what leads this team. If we play good defense, we’re going to win the game. We’ve got to maintain that energy on defense, and that’s the difference,” said Garrity, who finished with 13 points. “There’s always room for improvement, but I’m really excited to see where we’re at right now, and I’m excited to keep going.

That defense, a very active man-to-man, almost was put on the back burner about a month ago, according to Schmeling, who said that he considered implementing a zone of his own following some defensive struggles in January.

Schmeling stuck with the defense they had, and it’s paying off.

“A month ago, we were ready to get out of our man-to-man, and switch to a zone of some type and maybe trap a bit more out of some zones,” Schmeling said. “ I just felt in my heart that these kids could play the defense we needed, and boy, did they step up to the plate. It’s been rock solid defense for the last three weeks.”

Onalaska will find out its next opponent, and whether or not it will be at home or on the road, when the sectional brackets are released soon.

Regardless, Garrity said that the Hilltoppers just have to keep playing the way they know how.

“We’ve just got to come out and work hard and do our thing,” she said. “We’ve got to bring a lot of effort this week in practice and just keep it rolling. We’ve got to expect anything in the sectionals.”

Weisbrod poured in a game-high 31 points on 12-of-16 shooting, including 7-of-9 from beyond the arc.

The play may have epitomized the Bangor High School girls basketball team's Friday afternoon at the La Crosse Center.

WIAA state girls basketball: Hilltoppers grateful to get over the hump

ONALASKA — Devyn Schmeling remembers the thrill of watching her sister play in the WIAA Division 2 state girls basketball tournament in 2016.

The L-Cats defeated Howards Grove 70-60 on Friday afternoon in a state semifinal to advance to the championship game.