Neither the Vikings nor the Warhawks are strangers to the team state tournament.

This is Holmen’s fourth straight appearance, and it was runner-up in 2018. This is Arrowhead’s third straight trip, and it had five wrestlers compete for championships at the state individual tournament last weekend with three of them winning.

“Well, you saw how good they are last weekend,” Lulloff said. “They have a dangerous team with elite level talent.”

Despite those dominant wrestlers, Holmen has reason to believe it can compete to win the dual. The Vikings had five state qualifiers last weekend and still have a strong lineup.

The interesting part of the dual is that each team’s strengths are at different weights.

“One thing I always look at my duals are those coin-flip matches,” Lulloff said. “I don’t really see any of those with Arrowhead.”

WIAA gymnastics: Holmen excited to be back at team state

Holmen holds a definite advantage at the early weights with Parker Kratochvill (41-6, 106), Sam Smith (44-5, 113) and Alex Pellowski (37-5, 120), while Arrowhead has to be considered the favorite in matches at the middle of the lineup. There could be some good matches at the higher weights, though.

The matchup as a whole has Lulloff brushing up on all tiebreakers in case they come into play for his team (17-4).

“It looks kind of lopsided at each weight when you look at the matches,” he said. “It’s going to come down to bonus points and mainly how you lose.

We know that either Prairie du Chien or Melrose-Mindoro/G-E-T will wrestle for a state championship on Saturday afternoon, but we won’t know which one gets the chance until they face off in a semifinal that morning.

We also know to expect a smattering of great matchups from loaded lineups on each side.

At the UW Field House

At the UW Field House 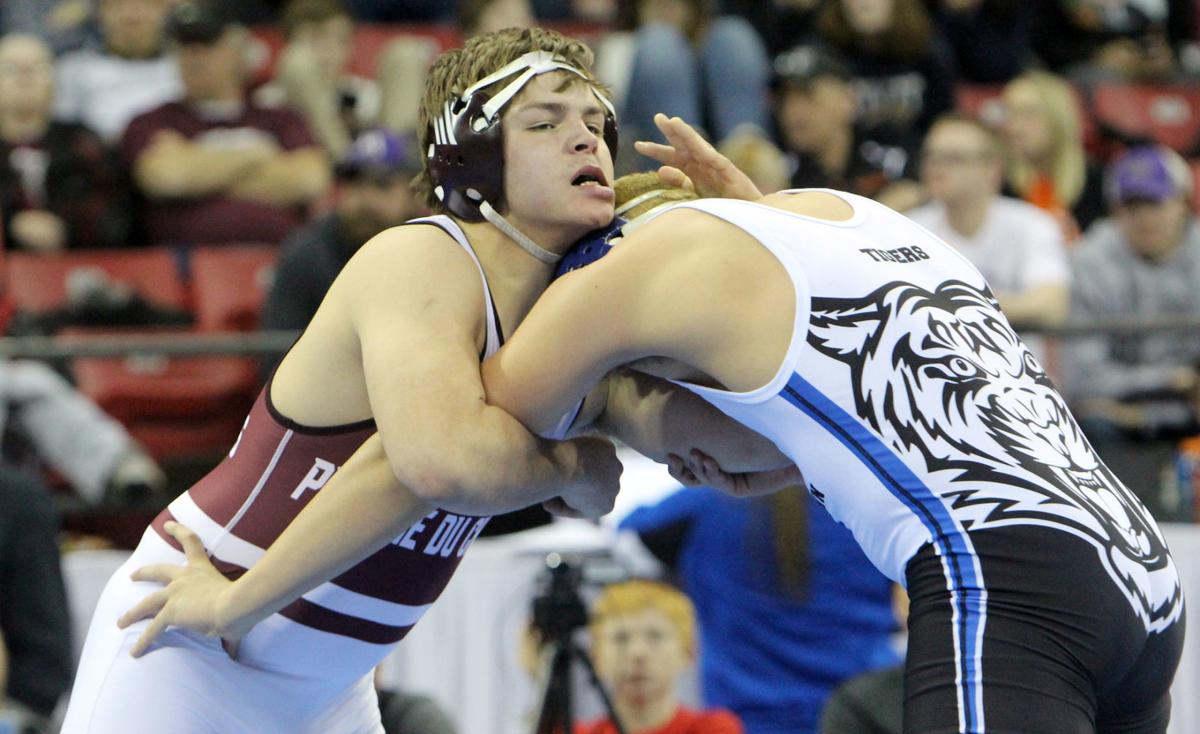 Prairie du Chien's Truck Hannah locks up with Wrightstown's Quincy Klister during their WIAA Division 2 state championship match at 195 pounds Saturday at the Kohl Center in Madison. Hannah won to complete a 53-0 season.