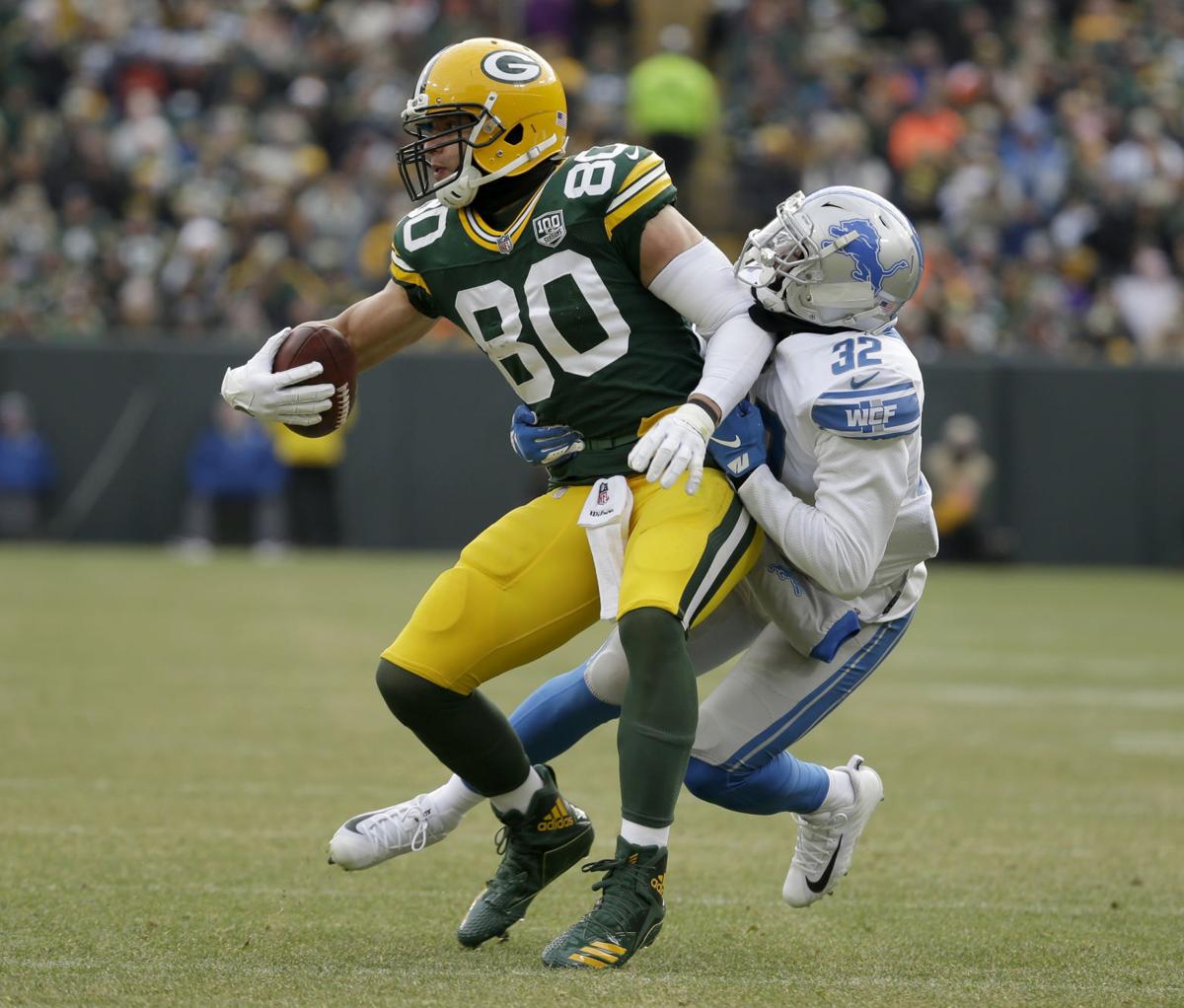 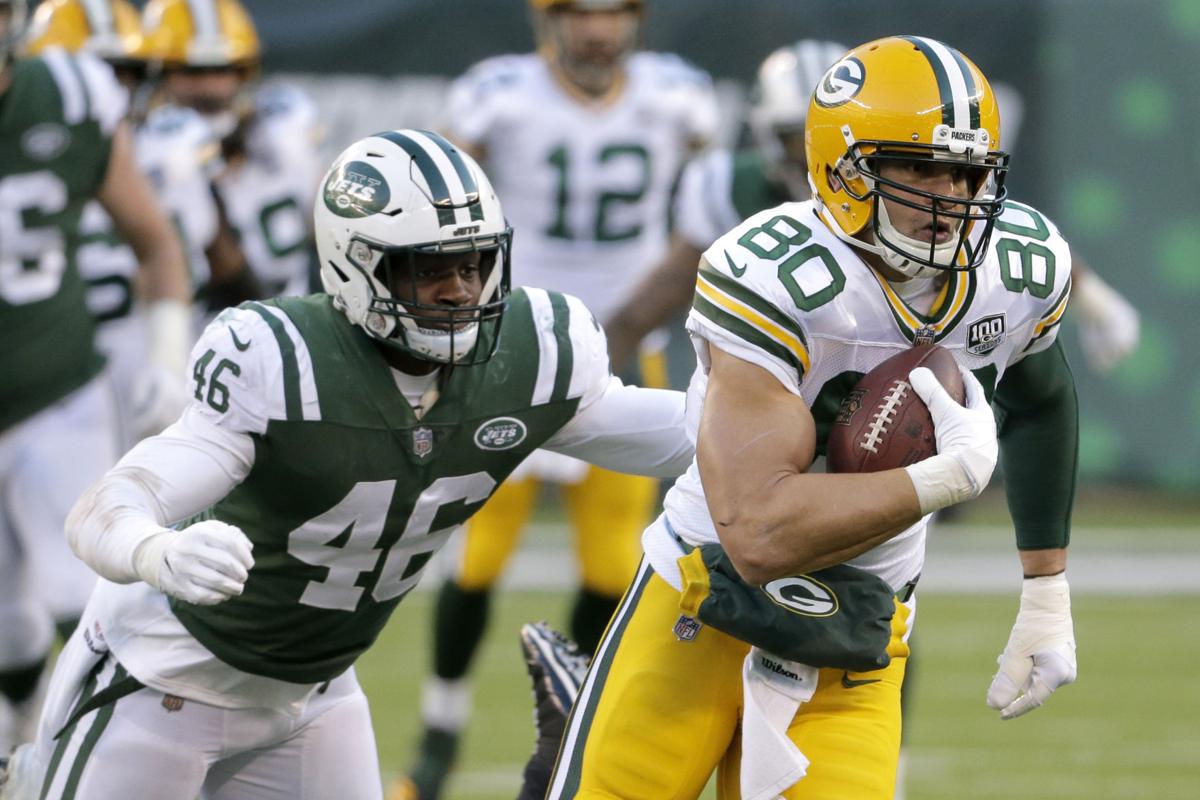 Jimmy Graham had four catches for 34 yards in last December's overtime win over the Jets.

GREEN BAY — Jimmy Graham arrived at his second annual charity cornhole tournament over the weekend in a helicopter. He’s hoping his second season with the Green Bay Packers takes flight, too.

In a rare conversation with reporters late in the season, the veteran tight end admitted he was “disappointed” with his year — “My numbers suck,” he said — and said the losing and his unfamiliarity with the Packers’ offense were challenging for him.

Over the weekend at his cornhole tournament at Badger State Brewing in Green Bay on Sunday, Graham reiterated to reporters how disappointing last week was — and how confident he is that he’ll be productive in new head coach Matt LaFleur’s offense.

“Obviously last year was disappointing for everybody. I’m not used to losing. I don’t think anybody here is,” Graham said. “And for me, it was not a good year.”

After signing a three-year, $30 million free agent deal to leave Seattle and come to Green Bay, Graham caught 55 passes for 636 yards (11.6-yard average) and two touchdowns — numbers that ranked as his worst for a full season since his rookie year in 2010 in New Orleans.

Nevertheless, the Packers paid him a $5 million roster bonus in March, and at the NFL scouting combine in Indianapolis in February, LaFleur and general manager Brian Gutekunst each insisted that Graham had plenty of football left — even though he’s set to turn 33 in November.

“I look forward to seeing what he can do for us this year,” Gutekunst said, pointing out that Graham played the second half of the season with a broken thumb and took midweek practices off to rest his surgically repaired knee. “Hopefully, he can be a little bit healthier going in through the year. Certainly, that’s always a part of production.”

Asked how he thought Graham would fit in his offense, LaFleur replied, “You look at Jimmy’s track record and he’s produced at a high level in this league. Certainly he’s a big target that can stretch the field vertically and I’m excited to get a chance to work with him.”

For his part, Graham said he likes what he’s seen from LaFleur’s scheme during the organized team activity practices — “I fit everywhere,” he said — and LaFleur didn’t seem to have any concerns about blocking not being Graham’s strong suit.

Still, Graham’s strength is inside the 20-yard line — all 10 of his touchdown receptions in 2017 with Seattle were red-zone scores — and he believes he can still stretch the field as well. That’s something LaFleur has said is vital to his offense.

“I’m completely focused on putting my best foot forward and being the player that I am: Scoring down in the red zone and being that big threat on third down,” Graham said. “I mean, I’ve got to get back to that. And I take it seriously. It’s something that eats at me every single day, just not making the playoffs and sometimes not making the plays that I should have. So you better believe I’m going to be ready.”

“I mean, we all have our ups and downs. Obviously there was a lot going on last year for all of us, in the building, but all that’s in the past. I know the player that I am, and I know I still have juice. I know I can still run. So I’m going to go prove a lot people wrong.”

Photos: Packers legend Bart Starr led a full life — on and off the field

The Green Bay Packers announced Sunday that Bart Starr, the quarterback and catalyst of Vince Lombardi's powerhouse teams of the 1960s whose s…

With the NFL Draft starting Thursday, search the results of previous Packer picks. Search by round, name, school, position, year or any combination of these variables.

Jimmy Graham had four catches for 34 yards in last December's overtime win over the Jets. 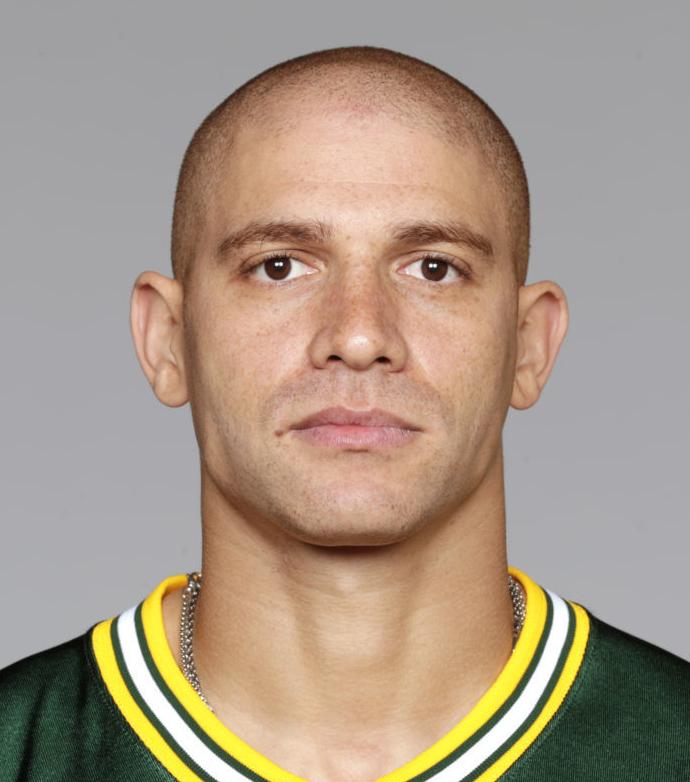