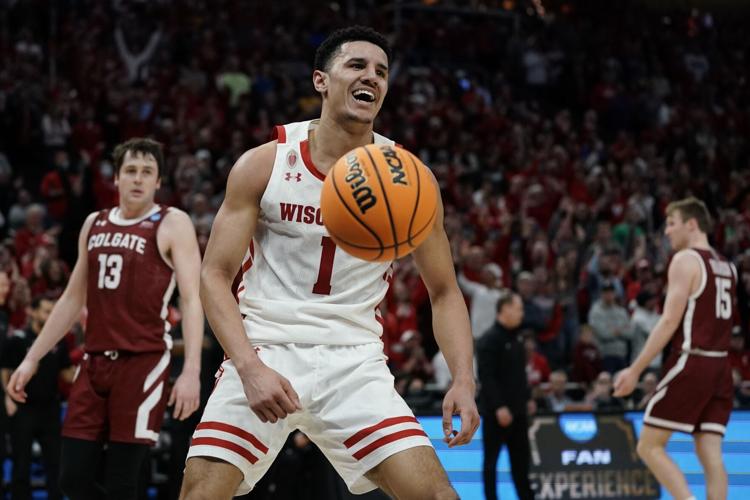 Wisconsin's Johnny Davis, a Central High School graduate, reacts after a dunk during a NCAA Tournament game against Colgate. Davis became the first high school player from La Crosse to be drafted by a professional basketball team in 75 years when he was picked 10th by Washington in Thursday's NBA draft. 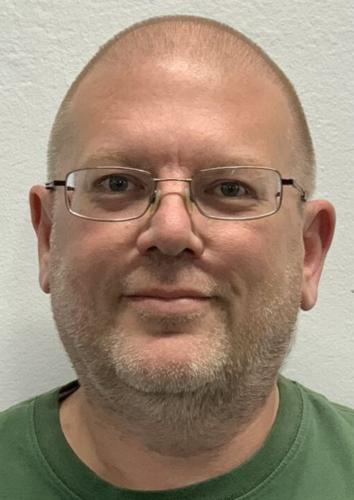 Thursday night allowed Johnny Davis to take a deserved pause in the craziness that has become his life in the world of basketball.

It gave him a moment — but not much more than that — to think about how he got to the Barclays Center in Brooklyn, N.Y. There hadn’t been much time for that leading up to the NBA draft.

Davis spent that being pulled from all directions by league personnel, local and national media and coaches who wanted to help the 6-foot-5 guard show possible future employers what he can do.

That’s where the hours of practice time he’d spent nearly every year of his life were going to pay off. The hours on the road with his Central High School teammate and AAU teammates. The hours he spent with his twin brother, Jordan, to make themselves as good as they could be.

In the weeks leading up to the draft, he was measured, weighed and tested to allow scouts and coaches to determine what all of those numbers really mean.

Can he be a shooting guard or will he have to play a role at the point? Is he tall enough to defend in the post and rebound effectively on that level?

The Washington Wizards pieced together all of this information and decided Davis was a solid addition to their roster, so they selected him with the 10th pick.

The pressure is cranked up, and the workload increases exponentially. He now prepares to play with and against the best of the best, not just those in his age group. He tries to establish a camaraderie with teammates who battle each other not only for playing time but sometimes a job.

Davis has never struggled with hard work before, and he has always thrived in big situations.

That’s what produced performances like the 42-point, 10-rebound game he had against a Minnehaha Academy team that included Jalen Suggs (Orlando Magic) and Chet Holmgren (Oklahoma City’s No. 2 pick on Thursday) — among others — as nearly 3,000 people packed UW-La Crosse’s Mitchell Hall on a Saturday night in February of 2020.

A commitment to defense — even considering the offensive prowess that comes with it — is what those closest to Davis truly believe he is up for the challenge.

It’s what makes Todd Fergot talk about a summer game Central played against Sun Prairie and its star Jalen Johnson, who played collegiately at Duke and competes currently for the Atlanta Hawks.

“Johnny guarded Jalen and had him so frustrated that Jalen actually quit playing before the game was over,” Fergot said. “He walked off the floor.”

Davis won’t get any of his NBA opponents to walk off the floor, but he can focus on making them uncomfortable. Doing that, though, won’t be easy.

He has done that for everything he’s earned, and there’s no reason to think it will change.

The UW-La Crosse men's basketball team became the first to beat Ripon this season and did so by the score of 86-57 at Mitchell Hall on Tuesday.

After holding UW-Superior to 35 points on Friday, the Eagles (8-0) defeated the Milwaukee School of Engineering 65-28 Saturday in La Crosse.

It's the Blugolds' second straight state title after beating the Cardinals 28-26 last year.

The Panthers play for the WIAA Division 3 State Championship at 10 a.m. Friday at Camp Randall Stadium in Madison against undefeated Monroe.

Wisconsin's Johnny Davis, a Central High School graduate, reacts after a dunk during a NCAA Tournament game against Colgate. Davis became the first high school player from La Crosse to be drafted by a professional basketball team in 75 years when he was picked 10th by Washington in Thursday's NBA draft.