The newest coach on the UW-La Crosse football staff will not only be breaking into the sport for her first coaching job, she’ll be breaking down boundaries.

Kelly Cline will join the Eagles staff this season as a student assistant coach working with linebackers, the team announced on May 23. The sports management major came to UW-L with no prior football experience, but just a few years later, Cline hopes her first coaching gig helps launch her toward a dream job.

“My end goal is to scout for the NFL,” Cline said. “This coaching will really boost my confidence, and I want to understand the game deeper.”

Cline grew up in Appleton playing soccer and joining her family in cheering on the Green Bay Packers. When Cline applied to start the UW-L sports management program, she applied for a volunteer position with the football team to work with film.

“I’ve always just loved the team aspect of sports and wanting to get into sports was such a big deal for me,” Cline said. “I started there and then as we got into the season in the fall, I started helping more with equipment and game day operations. I got super involved with the program and that’s when (coach Matt Janus) asked me if I wanted to start coaching.”

Janus, who led the Eagles to a 9-3 record and NCAA Division III playoff berth in 2021, said he wants to help Cline break into the game and chase that goal of being a scout.

“Kelly has been a big piece of our program the last few years,” Janus said. “She did a fantastic job with our film and that side of things. From the standpoint of what she wanted to do, we had that conversation. Kelly said she wanted to get into scouting and that side of things. We moved from there with the mindset of figuring out how she could help us and how we could help her.”

The inspiration to get into scouting for Cline came from someone in the NFL with whom she shares a name. Kelly Kleine — note the different spelling — was hired by the Denver Broncos last year as the Director of Football Operations.

Kleine previously was a high ranking scout for the Minnesota Vikings with a focus on the Midwest region. To gain admission into the sports management program, Cline interviewed Kleine about her work in scouting and was inspired to follow in her footsteps.

“I had been following her journey for a couple of years,” Cline said. “It’s cool that we share a name and she’s doing the things that I want to do.”

There hadn’t been a full-time female coach in Division I college football until 2018 when Callie Brownson became the offensive quality control analyst at Dartmouth University. According to a yearly report by The Institute for Diversity and Ethics in Sports, the NFL had a record 12 female assistant coaches in 2021 while making up only 1.5% of full-time positions.

Janus — himself a former graduate assistant coach at UW-Platteville — welcomes the idea of more women being involved in the sport.

“I think football is the greatest game in the world and the more people involved with it, the better,” Janus said. “You’re starting to see more females in the sport, whether it’s at the college level or the NFL level. Women are getting more involved and I’m looking forward to Kelly joining the staff.”

Cline is slowly adapting to coaching, expecting to slowly get into the process of learning plays, breaking down film and running practice drills. The job is a huge jump from her other sports experiences as a marketing intern, previously for the Durham Bulls and currently with the Madison Mallards.

While she’ll spend most of this summer working off the field for the Mallards, Cline feels the coaching job will be more her speed.

“I definitely in the future want more of an on-field role instead of in the office,” Cline said. “I’m very hands on in my learning style. I love marketing, it’s fun for a creative person like me. It’s definitely one of my passions, but coaching is going to give me this experience.”

Cline is determined to succeed in the new role and hopes to reach the ranks of the person she was inspired to get into football scouting while opening the door for others.

“I’m a go-getter for sure,” Cline said. “When I have my eyes on something, I’m going to go for it. There have been more women getting into the professional sports world recently and I think that’s amazing. I just want to use this opportunity as a stepping stone and gain experience that hopefully leads to other young women like me who want to do the same thing.” 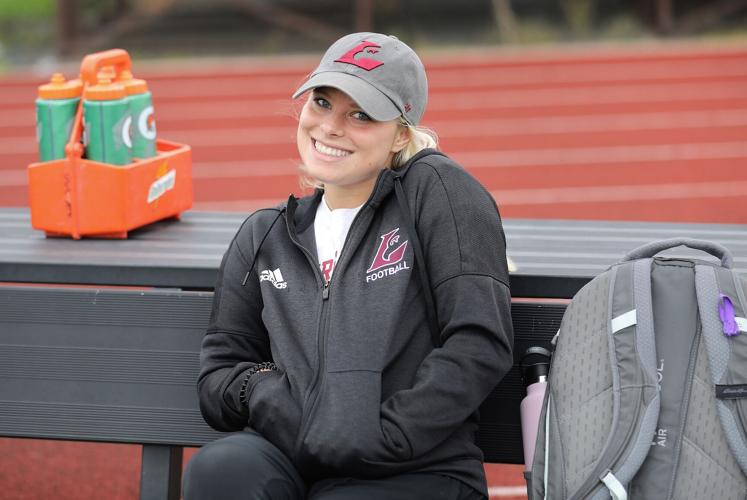 Cline was announced as a new student assistant coach by the UW-La Crosse football team on May 23. The sports management major says her end goal is to one day scout for the NFL. 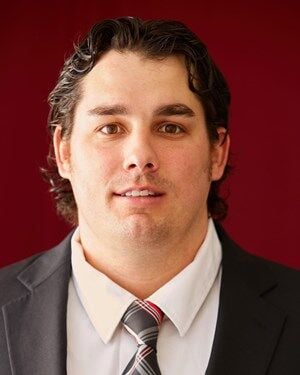