Winona boy Gavin Quimby, better known as Super Gav, won the hearts of the community in 2014 when he went on a mission to save the city.

The 4-year-old with a rare neurological disorder will now have his name emblazoned on a bill in the Minnesota Legislature, which calls to add Gavin's disease and similar ones to a list of conditions newborn babies in the state are tested for.

State Sen. Jeremy Miller, R-Winona, introduced the bill--dubbed The Super Gav act--Monday at the Capitol. He said the Quimby family approached him on the issue shortly before this year's session began, at which point he worked with national organization Hunter's Hope to craft the language.

"Gavin sure is a strong little guy and his family is an inspiration to me," said Miller, who is the father of three young boys. "Anything we can do to help gain awareness about these devastating diseases is certainly well worth the effort."

Gavin has metachromatic leukodystrophy, a rare neurological disorder that causes the brain and nervous system to progressively lose function. There is no known cure. In August, he received a stem cell transplant his family hopes will help him heal, but it’s been a tough road as his body adjusts to the transplant.

Gavin’s mother, Shanna Quimby, said Monday Gavin was in the Twin Cities undergoing tests for graft-versus-host disease. Once he tests negative for that, the hope is that he’ll be able to take fewer medications and start to heal on his own.

In the meantime, Shanna and her husband Nick have been connecting with other parents of children with leukodystrophy. They learned that other states have newborns screened for leukodystrophy, but Minnesota does not.

Gavin’s leukodystrophy was diagnosed in December 2013, when he was three years old.

“It’s so much easier when you find out that your baby has it right when they are born,” Shanna said.

Miller, the Quimby family, and others are also exploring a second route to add the conditions to the screening list. They will speak before the Minnesota Department of Health committee on newborn screenings in April, which could also independently recommend and approve the action with the state health commissioner's support.

Shanna encouraged people to contact Miller to show their support for the bill.

“We’re just glad that something good can come out of what we had to go through,” Shanna said.

“It’s so much easier when you find out that your baby has it right when they are born.” -- Shanna Quimby, on her 4-year-old son's rare disease, metachromatic leukodystrophy

Super-Gav to the rescue! Community gives Winona 4-year-old chance to save the city

With 11 seconds left in the fourth quarter of the state championship game, the Winona Senior High School Winhawks football team was in a bind. 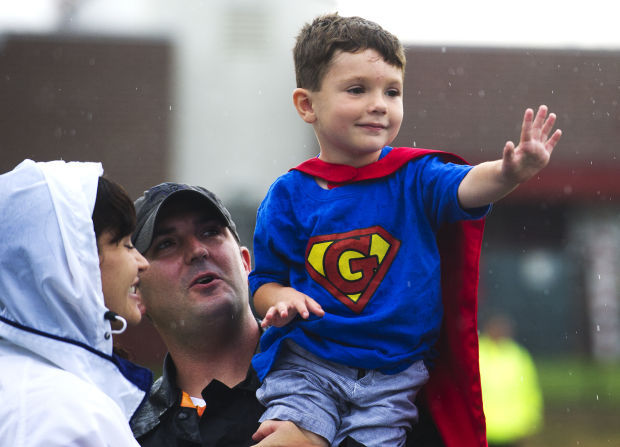 Super-Gav waves to the crowd with his mother, Shanna, and father, Nick Quimby, after scoring the winning touchdown in the state championship game June 19 at Paul Giel Field in Winona. The event was part of a daylong community effort to allow Gavin to "save" Winona. 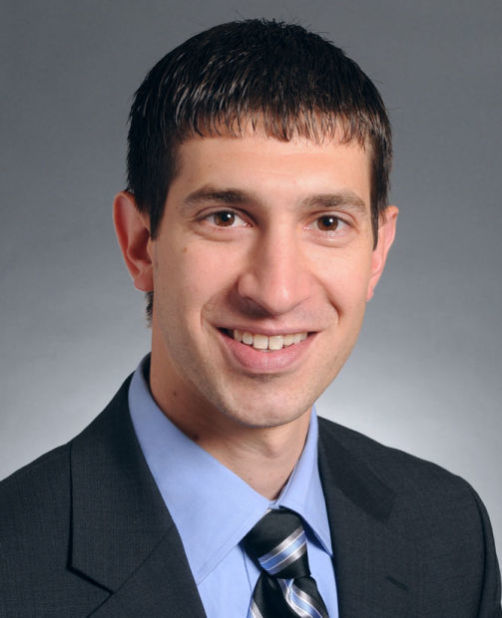